The accessories brand turned to its customers to come up with a new design concept that has made its debut in London. 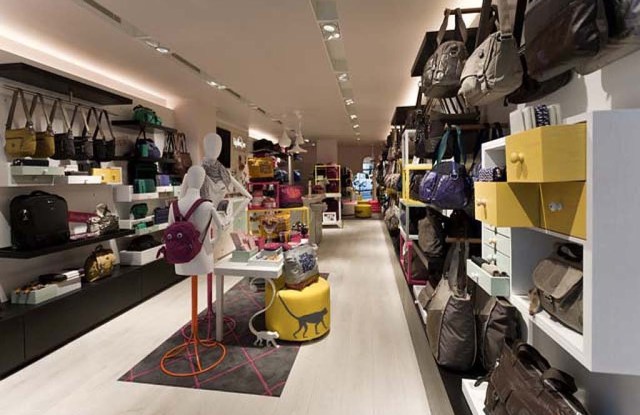 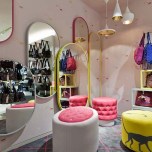 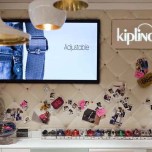 LONDON — Accessories brand Kipling turned to its customers to help it come up with a new store concept that has made its debut here and will roll out worldwide.

The new design concept has a playful vibe: A kitchen table doubles as a cashier desk, and there is a homey aesthetic throughout that includes hard wood floors, Flemish tiling and chests of drawers traditionally suited to a home.

“We started by getting consumers to come to Antwerp, which is where the brand is from,” said Richard Macey, Kipling’s vice president and general manager. “We brought them around Antwerp and showed them all the cool things about the city, and picked up loads of the things they liked…They wanted stores that were homey, where they feel happy and comfortable and relaxed, and then we tried to incorporate that into a store concept.”

Macey said that since the Knightsbridge store, which is located at 29 Brompton Road, was redone, it has seen a 30 to 40 percent uptick in sales. “It’s just sucking people in, and…commercially it’s really working.”

Kipling has 215 shops around the world, and six stores in London, which are currently undergoing a facelift. There are plans to roll out further stores globally next year.

He said Kipling, which has been owned by VF Corp. since 2004, had sales of $250 million last year and has been growing at a rate of 14 percent annually. “We have a vision to get to $400 million in the near future, and…try for $1 billion in sales. We can see the path, we have a clear strategy,” he said.

“We’re in 60-plus countries, and we sold 8 million bags last year, but we’ve never made ourselves very big in one European country. So our first step is to really focus on the U.K. That’s why we’ve opened up six stores in and around London, and that’s why we’re launching a really big Christmas advertising campaign there next week,” he said.

The U.K. isn’t the only international target for the brand, which has also recently launched in Tokyo. “China is a very big growth area for us,” he said, adding that the company has about 200 shops-in-shop in malls in China.

“South Korea is our number-three or -four market in the world at the moment, so a great area for us to grow in.”