World Cup fever and men’s fashion week in Milan collided, producing a plethora sneakers, a big trend for next spring. 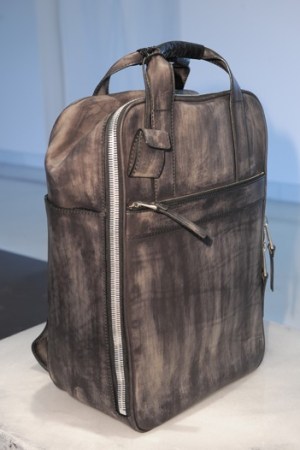 But a man has to make a living, too. Several powerhouse Italian brands introduced leather cases for iPads, such as Tod’s and Valextra, and compact briefcases, such as Furla.