The leather goods maker presented its fall collection at the Cours d’Elegance in Chantilly, France, on Sunday. 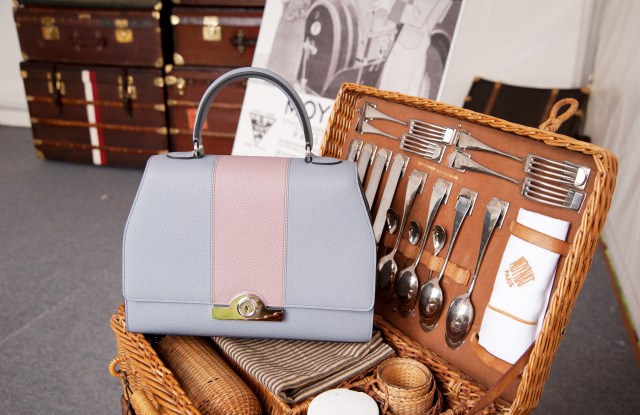 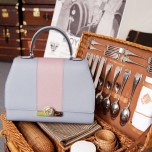 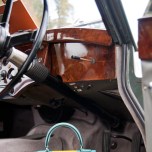 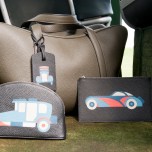 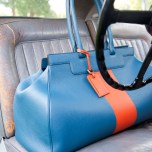 OLDIES BUT GOLDIES: It was back to the roots for Moynat on Sunday.

The historic trunk maker relaunched by luxury titan Bernard Arnault partnered with the Concours d’Elegance, the annual vintage car rally in Chantilly, France, where it presented its new fall collection against the imposing backdrop of the 19th-century castle, just north of Paris.

“We had to be part of this,” enthused Moynat creative director Ramesh Nair to the roar of vintage engines howling through the estate’s vast park laid out by André Le Notre. Guests, sporting statement-making hats, also took to picnicking, bottles of Bordeaux, Saint-Marcellin cheese and lemon cakes tucked neatly into their stylish baskets.

“When I design, I always have cars at the back of my mind,” said Nair, showing off an impeccably arched limousine trunk that was resting on top of a cream-colored AC convertible from the Sixties, fitting seamlessly the automobile’s rear curves. “You can also walk the trunk like a briefcase without its side ever touching your leg, or you can use it as a table,” the former Hermès alumnus explained, quickly demonstrating each possibility.

A contemporary take on the house’s patented trunk came in the shape of a soft weekender in supple Taurillon leather, which the brand presented on the seat of an old Daimler. “This has to be the most funky car of the contest,” remarked Guillaume Davin, Moynat’s chief executive officer. “It used to be part of the London underground transporting people to remote train stops. Not even the guys at Mercedes knew about its existence,” he added.

Slated to hit stores by the end of October are vanity cases in different sizes, overnight bags and a series of small leather goods, including key chains and clutches, featuring the house’s traditional marquetry craftsmanship. Moynat revived the latter technique last fall when collaborating with “Happy” singer Pharrell Williams.

Nair said the smoky colors, which include khaki, pink and various tones of blue, were directly inspired by the palette of painter Josef Albers.

“I wanted the autumn collection to be a bit cloudy to along with what you see here,” he said pointing to the overcast French skies.

Moynat, which was founded in 1849 and revived in 2011, was also in for a surprise, when owners of a Thirties Bugatti model parked next to the leather goods maker’s tent approached Nair. It turns out the car had an original made-to-measure Moynat trunk from the period still strapped to its rear.

“People usually don’t collect them. When they are damaged, they throw them away, so they are extremely rare. And on a car – that’s even rarer,” enthused Nair.

It was also a Bugatti dating back to 1939 that took home the main prize in the “untouched” closed-car category, with its driver dressed accordingly for the period.