The British stationery and luxury leather brand will today mark the opening of its first stand-alone store in Asia.

By Samantha Conti and Julia Neel on June 26, 2013
View Slideshow 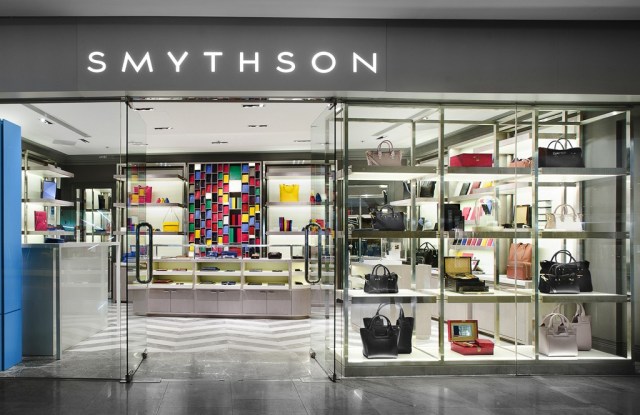 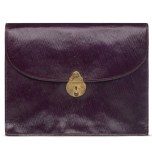 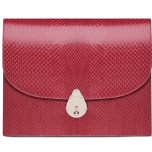 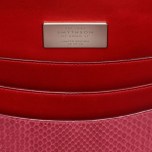 As part of the celebration, Smythson’s design director, Rory O’Hanlon, has married a piece of Smythson tradition with a Chinese one: The designer has updated a letter carrying case from 1908 from the brand’s archive and transformed it into a red python clutch.

The new clutch is Smythson’s nod to the local traditions of calligraphy and letter writing, and comes in a limited edition of eight numbered bags. A further 18 bags, made from purple baby buffalo leather, will also be sold exclusively at the Hong Kong store.

The original Smythson letter bag has been on display inside the store, which had a soft opening earlier this month, and forms part of an exhibition of more than 40 archival pieces, and examples of new merchandise inspired by them.

The exhibition is set up in the atrium of Pacific Place, where a party, cohosted by Smythson and Chinese Vogue editor Angelica Cheung, will take place later today.

“Demand in all of Asia is increasing every single month, and we have our sights set on Mainland China. We’ve got feelers out all over the region — and around the world — for further locations, but they have to be triple-A,” said Andy Janowski, the brand’s chief executive officer, in an interview.

Smythson already has a shop-in-shop at Harvey Nichols in Hong Kong, and Janowski said the brand is planning to launch a Chinese-language Web site next year. In September, it will launch French-, Italian- and German-language Web sites.

The Hong Kong store is the sixth new-format Smythson unit to roll out since September, and Janowski said he plans to have all 13 units refurbished over the next 18 months. The new shop fit, with its Piet Mondrian-like wall made of brightly colored notebooks, and Italian marble and English oak floors in a herringbone pattern, was first unveiled at the flagship on Bond Street here last September.

Janowski said the new store stocks mainly leather goods, with a selection of stationery and paper products such as the notebooks and diaries in bold hues.

He declined to give first-year sales projections, and said his aim was to “keep the pressure off” the store. “We have the luxury of doing this right, so we’re not saying it has to do X,Y,Z in sales,” he said.

He said that, so far, trends in the store have been similar to the ones he’s seeing elsewhere, with 55 percent female customers and 45 percent male ones, and a skew toward small and large leather goods purchases.

Smythson showed a selection of men’s and women’s spring 2014 styles for the first time at London Collections: Men earlier this month. O’Hanlon played on a palette inspired by the Mediterranean, combining multiple colors into singular bags — white, yellow and rose, or gray, white and blush pink — in sophisticated shapes.

He also unveiled the new 1887 tricolored tote, named for the year Smythson was founded, and reintroduced women’s jewelry into the collection via a range of neat bracelets in Smythson’s signature Panama leather and metallic hardware.

During the shows, Smythson also unveiled a capsule collection in collaboration with the London-based designer Jonathan Saunders. It includes two-tone leather briefcases or computer bags, in white and Smythson’s signature dark blue; or red and black, all of them with bold, graphic — or flowery — printed linings.

Janowski said the Saunders collection would sell through a selection of Smythson’s retail stores only, and would not wholesale.