HONG KONG — They say lightning never strikes twice, but the “Bao Dai” Rolex, which broke the world record for the most expensive wristwatch ever sold in 2002, is poised to do just that again.

Owned previously by the 13th and last emperor of the Nguyen Dynasty in Vietnam, the piece is leading the Phillips auction in Geneva on May 13 and 14, and creating lots of buzz. Purchased by Bao Dai on a trip to Switzerland in 1954 to sign the Geneva Accords, it was given by one of his sons to Phillips, which organized the record sale.

Fifteen years later, the timepiece will go under the hammer again and is currently on a preview tour in Hong Kong, London and New York.

While Aurel Bacs, the watch dealer who runs Phillips’ timepieces business and arranged the watch’s last sale, put its value in excess of $1.5 million, he is careful about the hype.

“I’ve been doing this more than 20 years, so I know what positive feedback means,” Bacs said. “On one hand, great enthusiasm — that could translate into bidding. It could also be that some clients out of kindness and [courtesy] say nice things, but in fact they’ve spent their budget on something else.”

“I’m old enough to know that only nearer the sale [can we] measure the true interest and degree of bidding. But having said this, the ‘Bao Dai’ has been enthusiastically welcomed by some elite collectors over the weekend,” he continued. 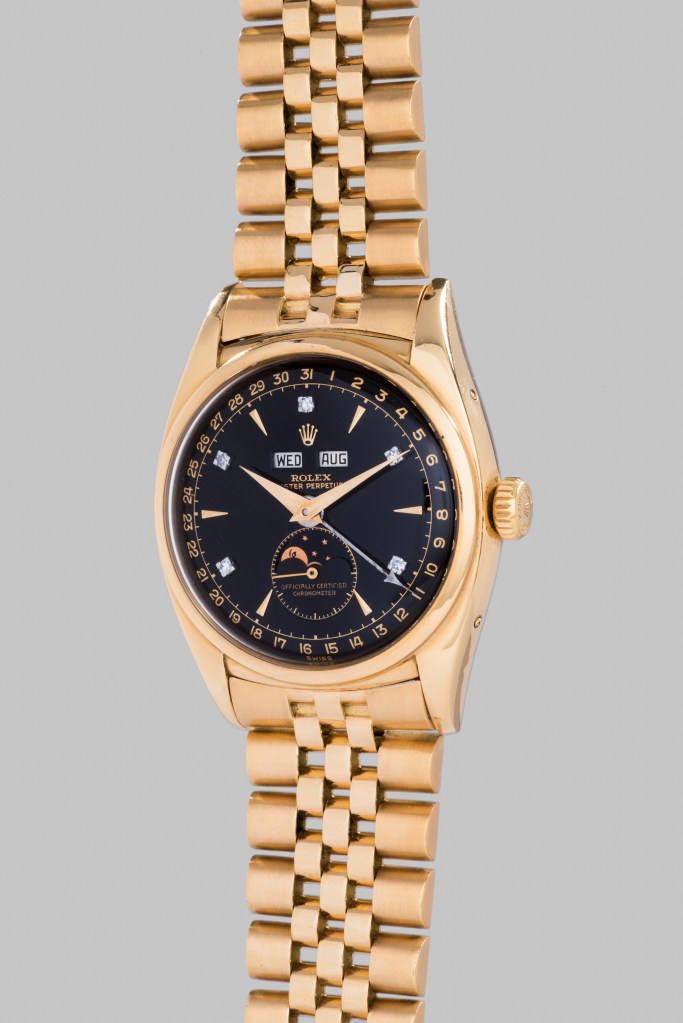 The watch is a Rolex Reference 6062, but this particular yellow-gold model is distinguished by a black dial instead of the usual white — there are only three known pieces in the world like this — and has diamond markers in the place of even numbers, which is unique.

The timepiece’s imperial provenance only adds to its allure, and Bao Dai was a colorful character if there ever was one. Known for lavish living, five wives and numerous other relationships, he was also a well-known collector of cars.

“Overall, the condition of the watch is very good,” Bacs said of the piece that has only been serviced once, in 1969. “The dial is absolutely original, hasn’t ever been touched, doesn’t show any damage or blemishes or stain. The case is very strong, [with] good definition.”

The other reason the watch deserves such a heady valuation, Bacs said, is because it hails from what he considers to be the blue period of Rolex.

“In the early 1950s, Rolex was — shall we use the word ‘creative,’ like an artist — at its best,” he said. “They just perfected the perpetual self-winding mechanism and the oyster waterproof case, the two key signature features at Rolex. They just launched the 6062, which is the most complicated Rolex movement ever made, and Rolex is not known like Patek Philippe or Audemars Piguet for ultracomplicated watches.”

No Vietnamese collector had been in contact about the “Bao Dai” two days after its first viewing took place. But that was still a month and a half before the auction, so plenty of time was left for bids to crystallize.

“It will be an interesting test. Does a vintage historical watch attract interest from that home turf?” Bacs said. 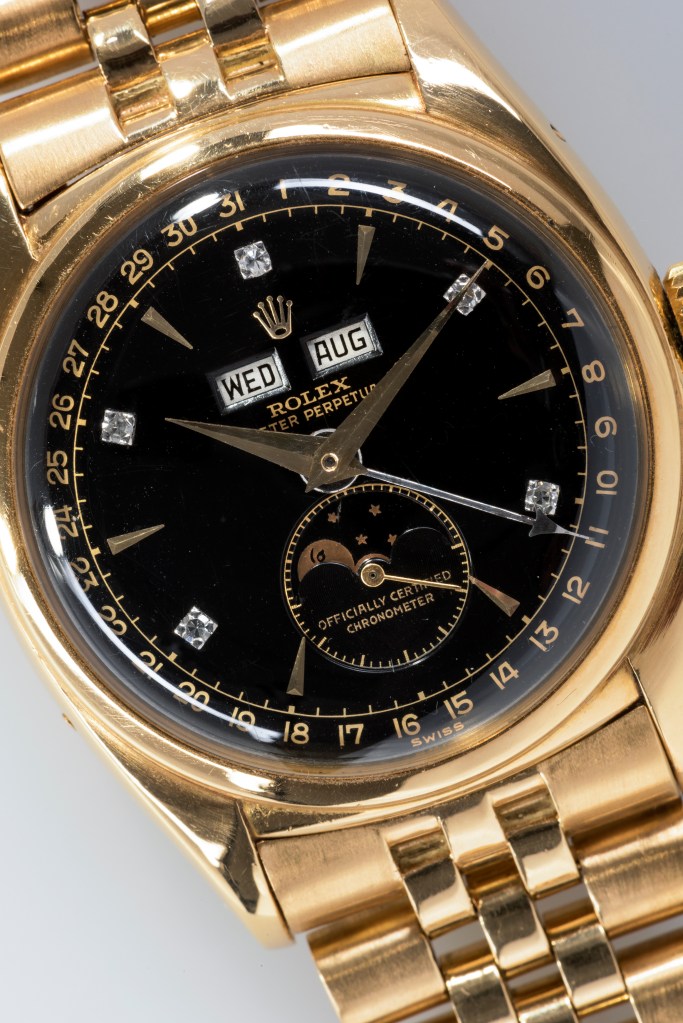 Global diversity among collectors is the biggest change Bacs has seen over his long career. During a high-level auction in the Nineties people from five to eight nations would compete for bids, while today at Phillips, that number is between 40 to 50.

“Take a piece of paper, take a pen and write down 40 to 50 country names where you suspect watch collectors come from,” Bacs urged, before rattling off a list of countries. “After 20 to 30 countries, you’re running out of ideas. I’ve done that test with myself, and it shows how unbelievably global the market is today, and the depth we have.”