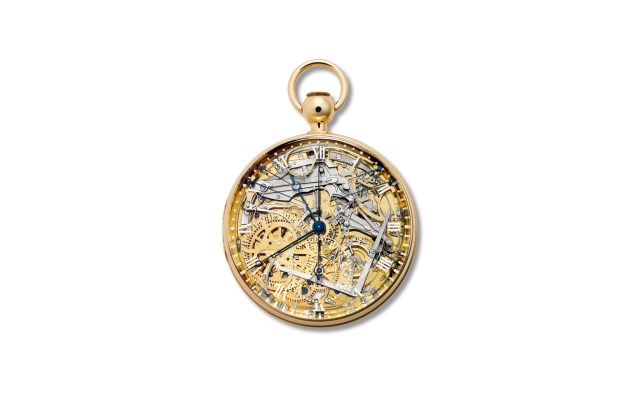 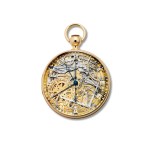 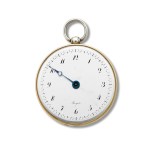 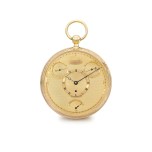 One of the oldest watch companies in the world, Switzerland’s Breguet is credited with inventing the wristwatch in 1810 and crafting timepieces for royalty. And this week, the largest exhibition of its antique timepieces, and the first retrospective of founder Abraham-Louis Breguet’s work, comes Stateside.

Starting Friday, “Breguet: Art and Innovation in Watchmaking” brings more than 70 pocket watches, clocks and horological instruments from the late 1700s and beyond to San Francisco’s California Palace of the Legion of Honor.

Founder Abraham-Louis Breguet’s creations were valued just as much for their cutting-edge innovations as for their aesthetic superiority, so it’s fitting that the exhibit would launch in the area that bred the Apple Watch.

Among the pieces on display are a diamond “touch watch” (meaning the wearer merely had to touch it to discretely feel the time), sold to Empress Josephine Bonaparte in 1800; a gold ring-watch whose alarm gently pricked the wearer’s finger with a small needle, made for a Russian count in 1836, and a “sympathetique” clock that included a “dock station” of sorts that automatically reset and adjusted the watch that came with it.

Among enthusiasts, Breguet is perhaps most notable for his invention of the tourbillon, which compensated for errors in functioning that had been previously inherent in wristwatches.

According to company president and chief executive officer Marc Hayek, who Skyped in to a press preview event in advance of the opening, the exhibit, which he started working on with his grandfather in 2009, is about keeping the spirit of Breguet alive by celebrating the spirit of innovation, creativity and beauty that characterized his work. It is also a key opportunity to introduce Breguet to the U.S. market — not just to connoisseurs, but to provide context to the quality that goes beyond being an expensive luxury.

“What better place could one imagine than this legendary city of San Francisco to highlight the work that was in its own time probably just as revolutionary as the products devised in recent years by nearby Silicon Valley?” Hayek said. “He was not afraid to innovate, even at the risk of shocking his contemporaries.”

In fact, Hayek said, he would have been happy to see the exhibit come together more quickly, “but being on time” he said, “is not one of my strong points.”

“Breguet: Art and Innovation in Watchmaking” will be at the Legion of Honor through Jan. 10 — which was, coincidentally, Breguet’s birthday in 1747.