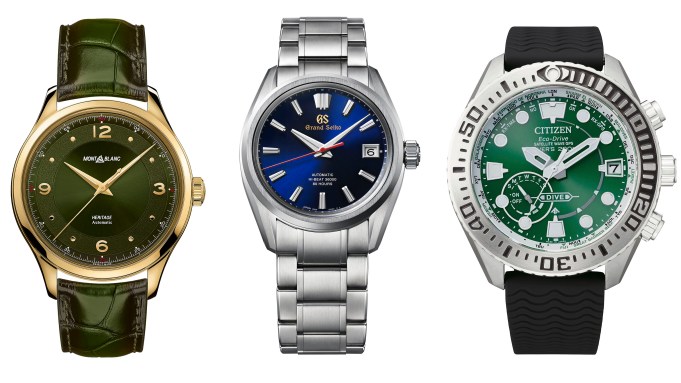 The craze for blue dial watches lingers on, as they are some of the most highly sought-after pieces in the horological world. With more brands jumping on the bandwagon, many allude that blue dials are more alluring than other colors, and provide greater versatility. Nimbly toeing the line between casual and formal, blue dials manage to be vivid and dignified at the same time.

But blue isn’t the only hot color around. Recently there has been an increase in watches fitted with green dials. Green was a rare color to encounter on a watch, but now it seems to follow firmly into the footsteps of blue. Admittedly, the existence of such watches is not exactly new and it has been the go-to choice for many watch manufacturers, especially for the launch of limited-edition pieces.