The site integrates the company's case, bracelet and dial production in Saignelégier, Switzerland.

The facade of the Bulgari plant in Saignelégier

The production of watch components was previously spread between Le Sentier in Vallée de Joux for mechanical movements, Saignelégier for cases and bracelets, and La Chaux-de-Fonds for dials.

“This is a very innovative concept, since in Switzerland, historically, these different watchmaking steps were fragmented by trade type and kept separate, and the jobs seen as three different specializations,” said Bulgari chief executive officer Jean-Christophe Babin. “By regrouping them, there is value in emphasizing the common areas of excellence and we will be able to develop the dial and the case at the same time.”

Another positive is that the efficiency of this system “allows us to make the professional path of our employees much more interesting, so that employees are not limited to one job alone,” said Babin, as skills will be developed with a cross-disciplinary approach “resulting in more flexibility and improved sensibility.”

The new rationalized facility also will shorten time-to-market as the process is faster. In turn, Bulgari will increase its cash flow because the inventory will be reduced as there is no need to wait for the other parts to arrive, he contended.

Bulgari’s Watch Division, the headquarters of which are based in the Swiss town of Neuchâtel, has more than 300 employees at various sites.

The division dedicated to the production of all Bulgari watch exterior components employs 125 people. 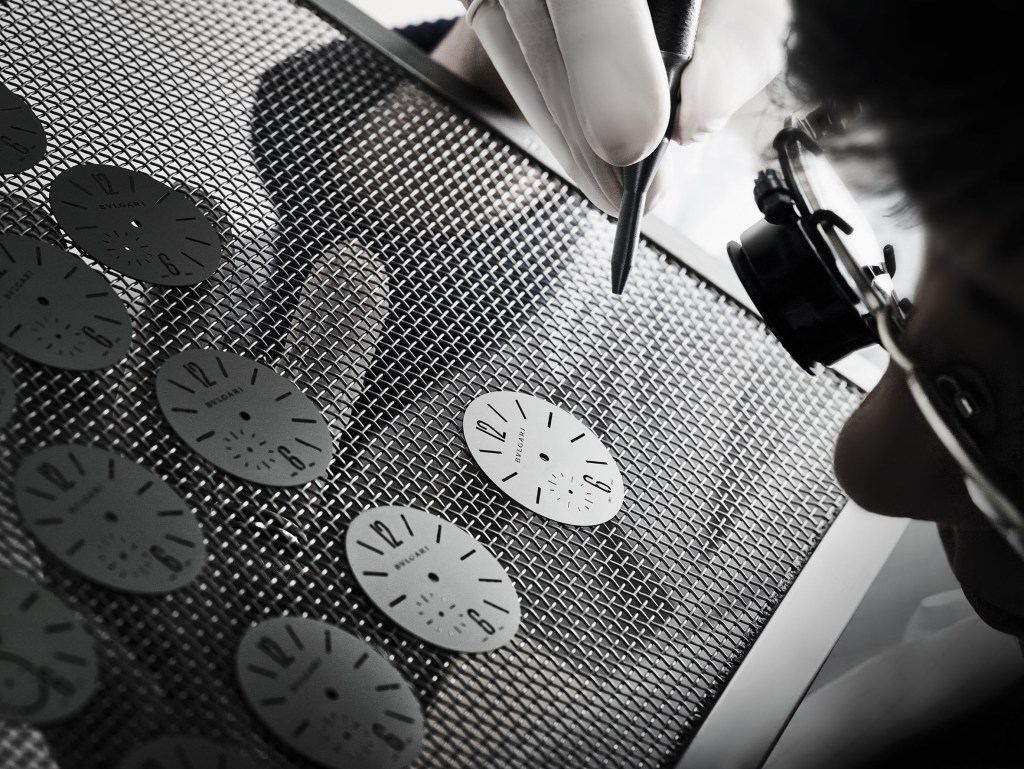 A step of the Bulgari watchmaking process  courtesy image

Jewelry represents more than 60 percent of the Rome-based firm’s sales and is the category that has grown the most since 2011, almost tripling, said Babin. The other divisions also grew, each at a different pace in line with their market of reference. Watches account for around 12 percent of sales, followed by perfumes and accessories, representing around 10 percent. There is also the hotel category, which is growing “very strongly,” after recent openings in Dubai, Beijing and Shanghai, added the executive.

The existing building in Saignelégier has been completely refurbished with a more modern design and extended to house the more than 20 many skills involved in case, bracelet and dial-making, bringing together closely related activities. Babin touted the sustainability of the plant, conceived to significantly reduce the environmental impact in Switzerland. “Already we can reduce it by 25 percent, the site has new heating and cooling systems, and it’s a more pleasant location,” he said.

The company has invested 10 million euros in the project, a figure that will be partly reduced by the sale of the Chaux-de-Fonds complex, he noted.

Five Bulgari watches out of six had already been pre-selected by the GPHG jury, a unique occurrence that made Bulgari the house that received the most jury votes for the 2019 edition. 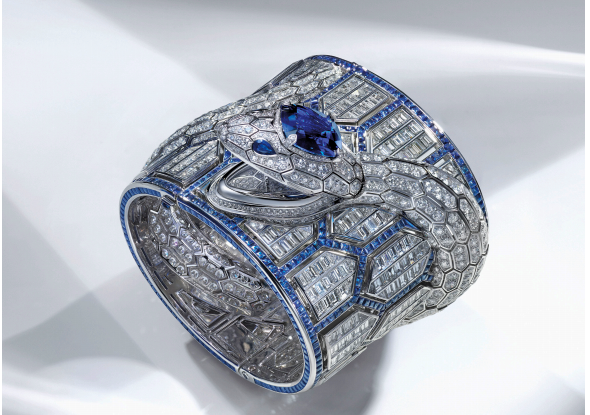 In September, Babin revealed the appointment of Antoine Pin as Bulgari’s new managing director for the watch business unit,  succeeding Guido Terreni in the role. This marked a return of Pin to the company following a two-year stint as executive vice president of Berluti. Previously, he was Bulgari’s managing director in Greater China.

Babin ticked off  Bulgari’s industrial developments over the past few years, which include in 2017 the new manufacturing plant and offices in Valenza, the historic jewelry hub located between Milan, Turin and Genoa, and the expansion of its high jewelry atelier in Rome, doubling its space.