Fossil Group Inc. is betting big on wearables and looking to make a splash at the Consumer Electronics Show.

The company plans to roll out more than 100 connected devices this year — the most ambitious launch schedule for any brand to date. The offering will span the multiple owned and license brands that fall under Fossil’s roster, with the entire range of styles available for purchase by holiday 2016.

While the lineup has yet to be revealed, Michael Kors, Burberry, Emporio Armani, DKNY, Tory Burch, Skagen and Adidas have deals with Fossil. The company declined to reveal which brands will launch connected watches in 2016, but contended that all products will be in line with each respective brand.

“Bringing Fossil Q to market helped us identify additional opportunity, and based on the positive consumer response, we are going big this year,” said Greg McKelvey, chief strategy and digital officer at Fossil Group Inc. “Our retail partners will see the power of Fossil Group’s scale and consumers will see the variety of functionality, style, colors and brands they desire.”

Sonny Vu, president and chief technology officer of connected devices at Fossil Group, told WWD that this year would be pivotal for wearables to reach a mainstream audience. Vu will partake in several presentations at CES, which runs from Wednesday through Saturday in several locations across Las Vegas.

Fossil introduced its first connected device in October, the Fossil Q, shortly before acquiring wearable technology company Misfit in November. The connected accessory, which ranges from $125 to $295 in price, includes a display and nondisplay style for men and women, as well as two activity trackers: the Q Reveler and the Q Dreamer. The Q Founder style, which hit the market in late November, was the first display model of the selection. All devices contain Intel Innovation and work with Android and iOs operating systems.

“To do a legitimate fashion tech play, you need to really have the fashion part down, and a large part of fashion is the brand story. There’s a reason why people pay $300 for True Religion jeans and $50 for Levi’s. It’s the brand story that people relate to,” Vu said.

He added of the 2016 launch plan: “It’s going to be at least 100 different sku’s [stockkeeping units]. Some of them will be variations on a theme, but this is across a number of different brands. There will be quite a few distinct pieces.”

Beyond branding, wearables as a category will hit critical mass when they become more useful. Vu is sure the category will evolve into much more than just activity and sleep trackers.

He believes controls are the next phase of wearables — which will ultimately make these devices more “life relevant.” He cited last year’s launch of Misfit’s wearable control, Link, which doubles as a music remote, presentation clicker and selfie button, as an early adopter.

“We’re looking at the possibilities of embedding this platform into Fossil products,” he said.

Wearables are driven by a trifecta of trackers, display smartwatches and watches that are being made smart, according to Vu. Going forward, he said consumers can expect a mix of products that span these three categories.

On Tuesday, the company also released the Fossil Q54 Pilot, the latest addition to the Fossil brand’s connected lineup to date, and a slew of new colors and app updates to better the connected experience for users. The Q54, inspired by the brand’s original Pilot 54 casing and chronograph movement, was developed with Intel Innovation and works with Android and iOS operating systems. Of the bunch, this device most closely resembles a traditional timepiece, allowing the wearer to receive select notifications via colored light or buzz and track steps and calories. The Q54, available in stainless steel and leather strap versions, will go on sale in early spring and retail from $175 to $215.

Jill Elliott-Sones, chief creative officer at Fossil, said the brand’s entrance into wearables has allowed the team to get more direct feedback from customers — and has also fostered a new consumer. Elliott-Sones contended that this new Fossil wearer is “not someone who is traditionally wearing a watch or [never owned a] watch from Fossil before.”

“They get why we’re in this space and they definitely appreciate the fashion angle. They also really like to change the strap out. That’s very Fossil DNA to change your strap and style,” she added. “We like bringing new eyes to the brand.”

The Q Dreamer activity tracker will see two additional $145 styles that roll out in late spring (a tortoise and shimmer horn acetate). At the end of the month, straps in sea glass and blush will go on sale for women’s Fossil Q devices, with grey and navy striped silicone straps for men.

But Fossil won’t be alone in the wearables space at CES. A slew of companies are expected to introduce devices in the sector during the mega-electronics show, including Under Armour.

The activewear giant said Tuesday it would launch a series of connected fitness-centric products at CES. The portfolio of connected fitness products includes UA Healthbox, a $400 connected fitness system that comes with band, scale and heart-rate monitor; UA Speedform Gemini 2 Record Equipped, a $150 smart shoe that tracks data from time to distance, and two wireless headphones that retail for $180 and $250. All of the above are compatible with the UA Record app, a digital destination created by Under Armour that’s designed to provide data about users’ sleep, fitness, activity and nutrition.

“For 20 years, Under Armour has changed the way athletes dress and now we will change the way athletes live,” said Kevin Plank, founder and chief executive officer of Under Armour. “Athletes will be empowered with the information to make better decisions and ultimately enrich their lives in a way that’s never been done before.” 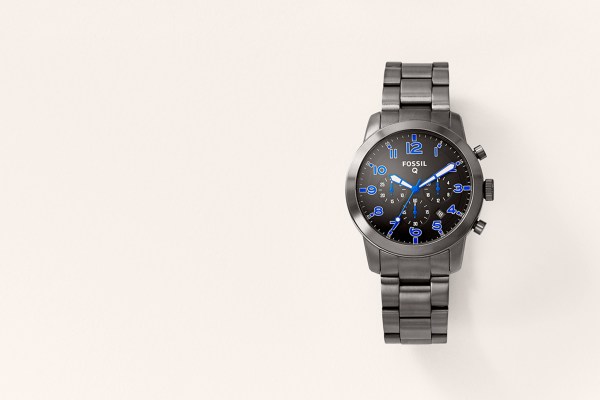