While luxury watches might be in a “gifting slump,” appealing to younger and aspirational middle-class consumers is giving executives confidence in the market. 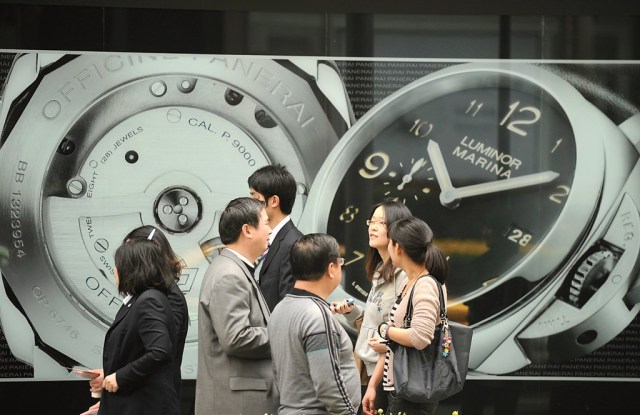 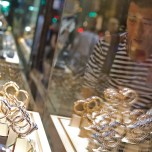 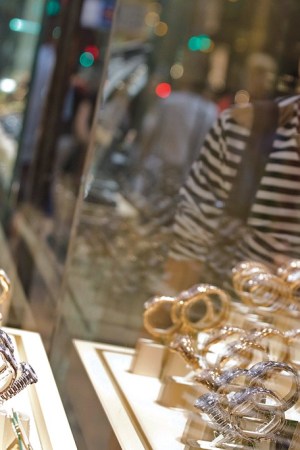 Luxury watchmakers are aiming at younger customers and the aspirational middle class in China.

Net-a-porter, Mr Porter Team Up With Watchfinder for Used Timepieces

SHANGHAI — China’s luxury watch market has slowed on the back of the government’s austerity campaign here, though industry insiders remain optimistic about future growth.

Though exact figures are difficult to pin down, it’s believed that between 40 and 75 percent of luxury watch purchases in China are bought as presents, a manifestation of the ancient custom of guanxi, in which one gives gifts to maintain a network of business and personal contacts.

However, this traditional Chinese practice has been under fire lately, with photographs of government officials wearing expensive watches — decidedly incommensurate with their modest salaries — causing an uproar when they were published on the Chinese Internet late last year.

The fallout from these scandals — plus new President Xi Jinping’s continued focus on graft among officials — has resulted in many government employees forgoing timepieces altogether, lest they be labeled corrupt and profligate by a watchful public.

Though it remains to be seen whether the current fervor for austerity among China’s governmental elite will be an ongoing concern, recent statistics indicate the market has softened considerably since Xi’s austerity measures were unveiled in mid-2012.

In January, Hurun Report’s Chinese Luxury Consumer Survey 2013, which polled 551 Chinese millionaires with a net worth of more than 10 million yuan ($1.6 million at current exchange), found luxury watch brands had fallen out of favor.

Longines was the only watchmaker to make the list of brands popular with superrich gift-givers, replacing Rolex in 15th place.

Despite the recent negativity surrounding the luxury watch market in China, Florent Bondoux, head of strategy and intelligence for Digital Luxury Group’s World Watch Report, believes the slowdown will be short-lived.

“Reluctance toward government gifting, along with the relatively marginal impact of bans of luxury advertising, are temporary barriers to purchase,” he said.

“The growing middle class, quick wealth creation from tier two and three cities — as well as increasingly important tourism shopping — are macroeconomic and purchase-trend drivers that make it difficult to forecast a market decrease in the long term, although market adjustments might be observed in the midterm.”

For now, Bondoux believes the high end will be the hardest hit segment of the market, agreeing with Hoogewerf’s sentiments that more cautious gift-givers will be looking at less ostentatious options.

“Government gifting will not disappear, but we might observe a preference toward more affordable watch models when selecting gifts,” he added.

The increasing number of Chinese tourists heading overseas to consume luxury products may also be contributing to grim sales figures on the Mainland.

“We estimate that half of luxury watch purchases by Chinese consumers are done abroad,” Bondoux explained.

“Being able to generate brand awareness in China while making sure product inventory and shopping experiences are adapted to Chinese clientele in stores in cities to which they travel the most is a must to maximize watch sales.”

KPMG’s “Global Reach of China Luxury” survey, released this year, showed a majority of survey respondents (72 percent) purchased luxury items during overseas trips, with cosmetics, watches and bags being the most popular items to buy abroad.

RELATED STORY: Baselworld at a Glance >>

With the VAT on high-end watches running as high as 45 percent in Mainland China, it’s no wonder people are looking to get a better bang for their yuan elsewhere. But there are still high-end horology brands that are positive about their prospects within China itself.

Hublot ceo Ricardo Guadalupe said that although the brand is a relative newcomer to the Chinese market the reception thus far has been positive and the company plans to expand its retail in Greater China to 18 from 13 stores by yearend.

Guadalupe believes his brand is somewhat insulated from the current crackdown because of its particular appeal among younger consumers attracted to a more modern aesthetic.

“It doesn’t impact Hublot so far, as we are a young brand in China, with contemporary and sporty pieces,” he explained.

“This measure impacts more the traditional brands as gifts were made to politicians, most of whom are over 45 years old. Watches made of gold or platinum, diamonds — those are traditionally given as gifts.”

It’s the rising generation of sophisticated consumers — China’s post-bling wealthy — on which Hublot is focused, through strategic partnerships with brands like Ferrari, which are well-known and respected among young, urban Chinese men.

“Hublot has a great future in China, especially among the new generation that is not going for the same classic watches as their parents,” Guadalupe said. “We have to be a little patient, but we won’t stop working on the new generation.”

The Oriental Watch Co. launched its watch retail business in Mainland China in 2004 and now operates more than 40 stores and brand boutiques in 20-plus cities, distributing luxury watch brands including Rolex, Piaget, Vacheron Constantin, IWC, Jaeger-LeCoultre, Longines, Omega and others.

Director and company secretary Alain Lam shares Guadalupe’s enthusiasm about the future of the China market, pointing out that the desire for luxe watch brands remains undiminished, even if Mainland sales have taken a temporary tumble.

“We see a growing number of high-net-worth individuals in China becoming big collectors,” he said. “These individuals are moving up the value chain and have their own personal taste and individuality. Our focus, therefore, is on the aspirational middle class in China.”