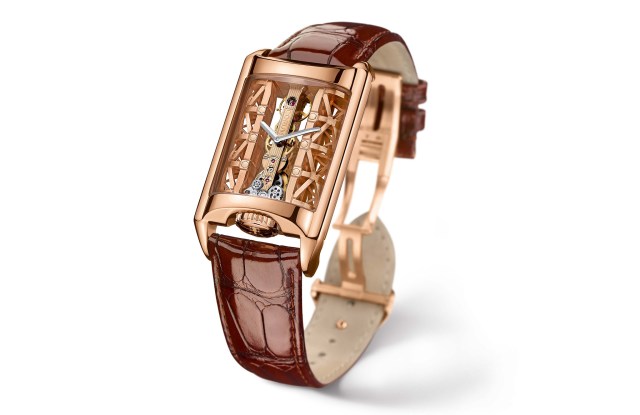 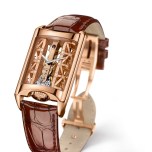 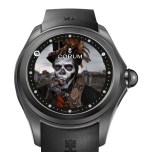 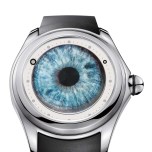 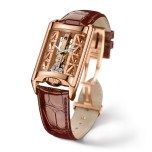 At Baselworld four years ago, journalists attending the opening press conference were sidetracked unexpectedly by the surprise news that respected watch brand Corum had been bought by a Chinese buyer for 86 million Swiss francs — equal to $96.3 million at the time.

This story first appeared in the March 23, 2017 issue of WWD. Subscribe Today.

The purchaser, Citychamp Watch & Jewellery Group — then still known as China Haidian — was not an entirely unknown quantity. Two years earlier, it had spent almost 23 million Swiss francs, or $24.4 million, to rescue Eterna, a respected but loss-making Swiss watchmaker owned by the Porsche family. With watch sales still growing, particularly to newly wealthy Chinese buyers, the only question was: Who would be next?

“There’s an obvious feeling of insecurity among Chinese entrepreneurs. They want to diversify their assets, and what safer place than Switzerland?” asked Davide Traxler, the former Chopard senior executive hired in September 2015 to turn around Corum.

In 2014, Citychamp pounced again, though its target this time was the London-based Dreyfuss Group, best known for its Rotary brand of watches. In Switzerland, meanwhile, its priority has been to restore Corum, the biggest of its watchmaking acquisitions but a brand that had lost its way.

Snapping up Swiss assets has not been restricted to watches: Chinese — and Middle Eastern — investors have also been active in real estate, notably hotels, and elsewhere. But watches have generated the greatest controversy, partly because of protectionist concerns about foreign acquisitions of increasingly rare domestic assets and — somewhat ironically — curiosity about how new proprietors might handle respected but struggling brands.

“In 2016, we made a profit for the first time in 10 years. Before that, Corum had lost between 10 million Swiss francs and 20 million Swiss francs a year [$10.05 million and $20.1 million at current exchange rates] for a decade,” said Traxler, a fast-talking Italian born in New York with a highly international background stemming from his parents’ careers as diplomats.

Established in 1955, Corum is best known for two ranges; the Admiral and the Golden Bridge. The former has a solid following, including luminaries like the King of Spain. The latter’s admirers prize its technical achievements. Alongside is the Bubble, a third line, now being revived, which was initially designed for less conventional tastes. The Bridge collection is the group’s biggest seller. “It’s our key product and the one of which we’re most proud,” Traxler said.

“We like to be different. Corum offers a range of special watches for special people. But our challenge is that having three lines can lead to difficulties in marketing and distribution,” he added. While output has been rising, production reached only just over 11,000 pieces last year, meaning volumes to individual sales channels can be relatively small. “In Spain, for example, the Admiral is the most popular. There are distributors that take only one line,” he said.

Having presented entirely new collections at Baselworld last year and restored profitability, Traxler’s priority now is growth. He said the company’s production capacity allows for output to reach the equivalent of 100 million Swiss francs, or $100.5 million, a year in revenues. “We’re still looking for growth, though it has to be balanced.

“I see huge opportunities in ladies’ watches,” he said, noting that women’s models currently account for about 25 percent of company sales, but have the potential to reach 45 percent this year. One means will be via the new Golden Bridge, with further developments in the pipeline.

Beefing up distribution and working more closely with other group companies will be among ways to get there, Traxler said. He claimed Corum was isolated from the 2016-7 downturn by its exceptionally close links with distributors and retailers. “Our business is all about relationships. We have local teams everywhere. I alone traveled around the world four times last year,” he said.

Although Swiss swatch exports to Hong Kong and Macau plunged, Corum’s sales to the former British colony actually rose by 12 percent, he said. “We have particularly close relationships with our dealers, we don’t have a ‘push’ mentality, meaning stores weren’t particularly overstocked, and the brand is just so different,” he explained. Together, Hong Kong and Macau account for about 30 percent of the brand’s sales, with the remainder split fairly evenly between Europe, the Middle East and the U.S. Prices start at around 3,200 Swiss francs, or $3,217, rising to 450,000 Swiss francs, or $452,443.

Cooperation with other group brands has so far been limited to working with Eterna. Traxler ruled out closer contracts with Ebohr and Rossini — Citychamp’s two massive Chinese brands — because they are so different. But he envisages links with Eterna growing closer — a development likely to be accelerated after his appointment last week as interim chief executive officer of Eterna, alongside his Corum job.

“We already take some movements from them – we have no wish ourselves to be an integrated manufacture [a fully vertically integrated watchmaker],” he said.

Developed under Porsche, the movements are very flexible and have considerable potential, but are also disadvantaged as being relatively thick, going against the current market trend for thinner watches.

“Corum also handles Eterna’s distribution in several markets — an area where we can work even more closely,” he said. But he argued the two brands are so different there are limits on what can be done.

Otherwise, Citychamp has kept Corum at arm’s length. “Obviously, we have monthly meetings to report the numbers. But otherwise we’re completely independent. During the first three months, I was very tightly controlled, but then left pretty much alone. They said three things: quality, sales and profits — make it happen.”

Traxler said he is rather frustrated by constant probing about Chinese ownership, given there is seldom the same curiosity about other foreign-owned Swiss watch brands. “I have the same relationship with my owner as I’d like with my wife,” he joked. “I don’t speak the same language and he’s 9,000 kilometers away. There are just two rules: don’t ask for money, and increase sales. The rest is my problem.”