The actress has signed on as a brand ambassador for the Swiss watchmaker. 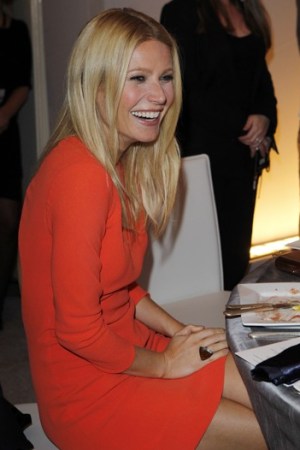 If anyone knows the meaning of face value, it’s a watchmaker — right now, Baume & Mercier in particular. Over the past year, the 180-year-old Swiss luxury brand, part of Compagnie Financière Richemont SA, has given itself a makeover, which will be revealed Jan. 17 at the SIHH watch fair in Geneva. There, the redesigned Linea, Capeland and Classima watches (23 styles in all) will compete with Baume & Mercier’s other new face: Gwyneth Paltrow, the newly minted brand ambassador, or “friend of the brand,” as the firm is calling her. Past ambassadors include Meg Ryan, Kim Basinger, Teri Hatcher and Evangeline Lilly. Although she won’t appear in the ad campaign, Paltrow, who’s also been busy rebranding herself, will be involved with “communication projects,” the first of which is attending Baume & Mercier’s seaside-themed cocktail party at SIHH. Despite its Swiss roots, the house has decided to anchor its new image to the Hamptons in New York, a place where Paltrow is known to spend time.

This story first appeared in the January 10, 2011 issue of WWD. Subscribe Today.

As for the label’s new strategy, it’s been implemented by Alain Zimmermann, Baume & Mercier’s chief executive officer since Sept. 2009, who previously worked at Cartier and IWC, which are also part of Richemont. His first two months on the job were spent personally meeting with all of Baume & Mercier’s major retailers and immersing himself in the firm’s Facebook community. He concluded that Baume & Mercier had “suffered in recent years from a lack of appeal and visibility,” so he made the executive decision to discontinue the entire collection aside from its bestseller, the Classima, and relaunch the Linea and Capeland collections; the Hampton will relaunch in October. Zimmermann also cut points of sale by 40 percent to 1,650 worldwide. In the U.S. market, that number will shift from 700 to 250. The average price of the core pieces ranges from $2,000 to $4,000, with more elaborate styles topping out at $17,890. “Our positioning,” Zimmermann added, “remains as a brand that offers high-quality products with a beautiful design.”