The ongoing collaboration between the California-based fine jewelry brand and provocative artist ticks along nicely, moving into gold watches by late 2017. 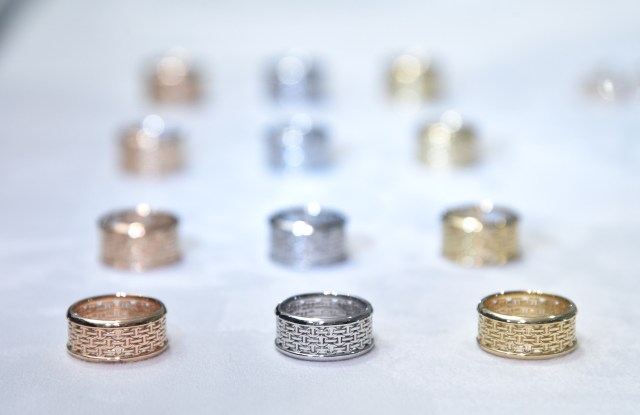 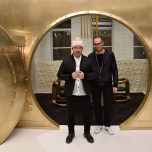 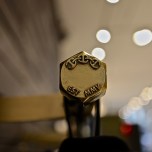 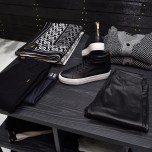 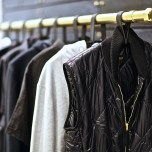 First unveiled in 2014, the collaboration between Hoorsenbuhs and Damien Hirst ticks along nicely. Having started with pill-shaped rings and lengthened into rosary necklaces, the fine jewelry brand and provocative artist are moving next into watches.

As with their previous collections, the timepieces stick to the structure that limits each style to 25 of each type of 18-karat gold, whether it is white, yellow or rose. The watches will be based on internal mechanics made in Switzerland, but the straps and other components, like the rest of of Hoorsenbuhs jewelry, clothing and furniture, will be produced in Los Angeles. “There is an artisan to do everything in L.A.,” said Kether Parker, partner and brand director at Hoorsenbuhs.

Unable to peg a price just yet, Parker said the launch of the Santa Monica, Calif.-based brand’s first-ever timepiece is penciled for fall 2017. The step into horology is the latest sign of growth for Hoorsenbuhs, which was founded in 2005 by Robert Keith, who serves as creative chief. Earlier this month, the brand opened its first retail store, on a floor previously occupied by Hirst’s shop called Other Criteria on Broome Street, in New York’s SoHo neighborhood. While Hoorsenbuhs sells its jewelry to Barneys New York, Bergdorf Goodman, Maxfield, Hirshleifer’s and other retailers, its 3,300-square-foot store in New York will be the only place to buy its ancillary designs such as apparel, home decor and furniture, Parker said.

Hoorsenbuhs has realized that apparel is an accessible way for many people to buy into the fine jewelry brand. “Not everybody is prepared to spend $5,000 to $7,000 on a ring,” Parker said. All made in L.A., the T-shirts, sweats, quilted nylon puffer jackets, cashmere sweaters with custom horn buttons and leather jackets retail for between $175 and $2,200.

Filling out the Hoorsenbuhs lifestyle is furniture that sells from $35,000 to $65,000. Keith modeled a brass and leather sling chair after his signature Phantom ring, which evokes two circles linked by a smooth bridge. “Rob has really been putting attention into that,” Parker said. “We’re going to do sterling silver frames — just get really creative on the home front in the new year.”

The start of 2017 also marks the beginning of the conversion of Hoorsenbuhs’ Santa Monica studio located on Main Street, whose facade resembles a sleek fort, into its second retail property. Parker hopes that storefront will bow by late March.

Parker, who joined Hoorsenbuhs in 2006, said the goal has been to grow at a nice pace. Compiling a list of clients such as Jay Z, Katie Holmes and Beyoncé, as well as collaborators like Damien Hirst, has never distracted them from that mission.

“We never blew up too big,” he said. “We don’t want to be cool one day and gone the next. We want to be a sustainable brand around for 100 years.”