Apple has created a collection of woven nylon bands representing 14 different countries, and they’ll only be available in Rio. 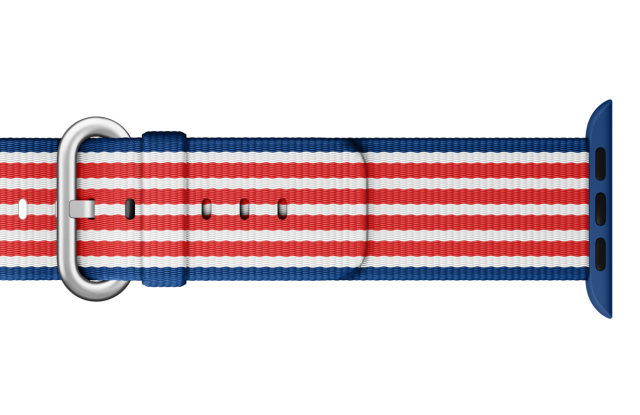 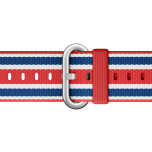 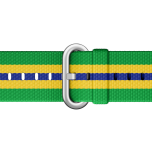 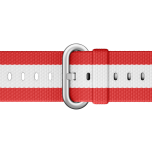 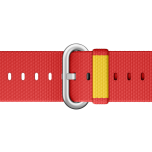 Rio’s Apple Watch fans will have another reason to celebrate during the Olympics: Apple has created a collection of woven nylon bands representing 14 different countries, and they’ll only be available in The Brazilian city.

Apple isn’t particularly known for the types of small-batch, location-specific offerings characteristic of smaller, independent fashion brands. But then again, it wasn’t until the Apple Watch launched last year that Apple threw its hat into the fashion ring.

The bands, many of them striped, included the colors of each country’s flag. The countries represented are: the United States, China, Great Britain, Germany, Japan, Australia, France, Netherlands, Canada, Brazil, Mexico, New Zealand, Jamaica and South Africa. The U.S. version features red and white stripes with a blue border, Japan is all white with one red loop, and Netherlands is mostly orange with a white band.

Apple isn’t billing the bands as specifically Olympic themed, but instead refers to them as a celebration of athletes. Team USA Sprinter Trayvon Bromell has already been seen sporting one on his Twitter account.

The bands cost 329 Brazilian reals, the cost of other woven nylon bands, and they will be available starting early August. Since they’re only available in Brazil, it wouldn’t be surprising if these became collector’s items eventually go for much more.

The bands will be sold only at the Apple Store Village Mall in Barra da Tijuca, Rio, just in time for the Olympics, which start August 5 and run through 21.

Earlier this year, Apple Watch offered a Chinese New Year themed Apple Watch Sport in red. In April, Apple said it would be expanding its partnership with Hermes by offering new colors of the Hermes Apple Watch leather bands, and selling them separately for the first time.

And a few weeks earlier, Apple chief executive Tim Cook showed off new bands at an Apple event at its Cupertino headquarters, including a woven nylon style and sport and leather bands. Cook also shared that watches would be less expensive, starting at $299, rather than $349.

Cook said that one-third of people regularly change out their Apple Watch bands, and that the Apple Watch had become the top-selling smartwatch in the world. The Apple Watch, notably, was the company’s first new product since cofounder Steve Jobs died in 2011.

“Customers love it,” Cook said. “People love how the bands give the watch an entirely new look.” And this August, Apple will see if sports fans and athletes love it just as much.