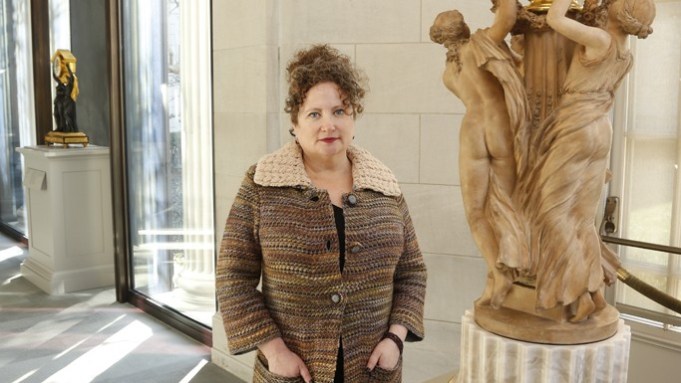 Her narrative concerns the competition between two extremely rich men, Henry Graves Jr. and James Ward Packard, who were surreptitiously vying to see who could create the world’s most extraordinary watch, a contest that lasted from 1900 to 1928. Packard was a largely self-made man who had commercialized the incandescent light bulb and manufactured the first luxury cars in the U.S., making his fortune from his myriad inventions, while Graves, a financier, was the scion of an established New York family with a vast fortune that came from railways, coal and banking.

The book’s title is derived from the term of art “complications,” which, in watches, means anything beyond the general timekeeping functions of marking the seconds, minutes and hours. Among them are perpetual calendars and maps that enable celestial navigation — the latter are considered, in watch-collecting circles, to be “supercomplications.” The star of the book, which appears on its cover, is the watch known as the Graves Supercomplication, shown at left, which has 24 complications and took Patek Philippe almost eight years to create. In a 2009 Sotheby’s auction, it brought $11 million from an anonymous buyer, later revealed to be Sheikh Saud bin Mohammed bin Ali Al-Thani of Qatar.

To research the book, Perman combed libraries and archives in the U.S. and Switzerland and attended auctions for watches. One particular pleasure, she notes, was to bring to life the two main characters in her book. “Henry Graves was a big mystery,” she says. “He kept a very, very low profile.” She writes of him, “Henry was confident, discreet and pathologically private. He grew up a bon vivant, entitled and cloistered, with the ability to differentiate friends from sycophants, keeping his circle tight.” A trustee of a Byzantine family trust outlined in the will of his father, Henry Graves Sr., Graves Jr., graduated from Yale, then became a bank vice president.

By contrast, while Packard was the son of a successful Warren, Ohio, entrepreneur, he was a mechanical genius whose remarkable practical gifts were evident very early on. One of Ward Packard’s many automobile innovations was the H-slot gearshift for cars, and, over the years, Packard cars debuted the steering wheel, double windshield wipers and air-conditioning in passenger vehicles. Packard, an engineer, contributed ideas and details to the designs of the watches he commissioned from Patek Philippe and Vacheron Constantin.

Part of Perman’s original interest in this story had to do with the fact that, after the Great Recession began in December 2007, extremely luxurious mechanical watches, manufactured before World War II, didn’t just hold their value, but increased in price at auction. With their intricate workings, and the far-above-estimate prices they have been fetching, these pieces “remain difficult for most people to attain,” she says.