Kate Hudson has once again been enlisted to support the effort.

By Lisa Lockwood and Kristi Garced on October 3, 2016
View Slideshow 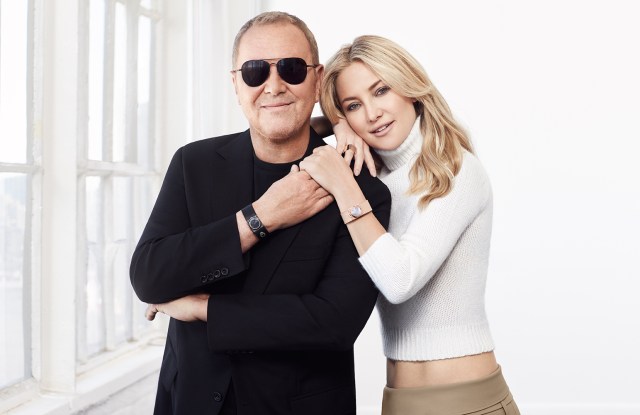 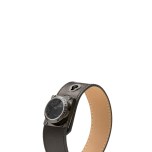 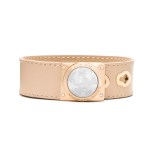 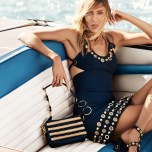 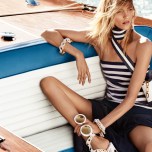 Leading up to World Food Day on Oct. 16, Michael Kors has once again enlisted Kate Hudson to help Watch Hunger Stop, the brand’s campaign to fight global hunger. A focal point of this year’s campaign will be an activity tracker specially designed to support the initiative. The piece will be sold exclusively in select Michael Kors stores and on MichaelKors.com.

This story first appeared in the October 3, 2016 issue of WWD. Subscribe Today.

Now in its fourth year, Watch Hunger Stop has enabled the United Nations World Food Programme to deliver more than 13 million meals to children in need. For each activity tracker sold, 100 meals will be donated to WFP to support school meals.

The activity tracker has been designed to highlight the cause, with a map of the world on its white mother-of-pearl face and “Watch Hunger Stop” embossed on the leather band. It will be powered by the Michael Kors Access app, and will enable the wearer to set goals, track steps, distance and calories burned and monitor sleep activity. Both the women’s and men’s trackers will retail for $145.

Special-edition watches have been a part of the effort since its inception. Both the 100 Series watches featuring the designer’s Runway watch case body, and the limited-edition Bradshaw 100, which also has a detailed map of the world on the face and Kors’ signature engraved on the back, are sold at Kors stores worldwide and online and retail for $295.

To mark World Food Day, Kors has created a special Watch Hunger Stop Snapchat geofilter that launched Saturday. A Watch Hunger Stop T-shirt, which will be given away with no purchase necessary, will be available at select Kors stores around the world during the weekend of Oct. 15 and 16. If a customer wears it and shares it by posting a selfie tagged with #WatchHungerStop, Kors will donate 25 meals to WFP.

Customers can also make a donation to WFP at the register at select Kors stores during October, and $5 feeds a child in school for a month.

“Hunger is a complicated problem but the simple truth is that if we work together, we can solve it,” said Kors.

“I’m honored to continue my collaboration with Michael on this important cause,” said Hudson, who has been recruited for her second year. “We are all responsible for making sure the world’s children grow up healthy, happy, strong and education and that all begins with eradicating hunger.”

On another front, Kors today — in addition to revealing the full range of imagery for his resort 2017 collection as part of his new pre-collection strategy — also unveiled his resort 2017 and holiday 2016 campaigns for his ready-to-wear collection and Michael Michael Kors lines, respectively, both of them shot by Mario Testino. The resort campaign features Anja Rubik showcasing the collection’s graphic prints and grommet hardware while lounging in a boat, all of it embodying a nautical, escapist spirit.

“For Collection, it was all about the great escape and the idea of the ultimate jet-set getaway,” Kors said. “We wanted to evoke this feeling of island-hopping while lounging on a vintage speedboat. I love that [Anja] often looks a little undone but still glamorous and very sexy. She looks worldly, sophisticated and modern at once.”

The holiday ads for Michael Michael Kors feature Taylor Hill and Emmy Rappe at night against flickering lights in Nevada, right on par with the collection’s rich colors and textures. “[It] was all about a girls’ night out and the power of pairs. We shot on the Las Vegas strip at night, and it was an important place for us to be because it brought the spirit and the energy of the clothes and the campaign to life,” Kors said.

As for the “sneak-peek” pre-collection strategy — that is, revealing collection imagery to the public closer to its launch date in stores — Kors said it’s still too soon to measure the success. “It’s an interesting exploration for us and we look forward to gauging our clients’ reactions,” he said.