Since he took over the division, Laurent Dordet has streamlined its retail network, revamped its products and overhauled its supply chain.

PARIS — The times, they are a-changin’ at La Montre Hermès.

Since Laurent Dordet took over as head of the watch division of Hermès in 2015, he has streamlined its retail network, revamped its product lines and overhauled its supply chain, reducing production lead times from six months to 15 days.

During that time, the French luxury group switched from exhibiting at the Baselworld fair in Basel, Switzerland, to the rival Salon International de la Haute Horlogerie (SIHH) in Geneva, cementing its reputation as a Swiss watchmaker that has gradually integrated its production with the acquisition of several of its suppliers.

It has also kept pace with a rapidly evolving retail landscape, trimming its wholesale business to focus on its own retail network, which now accounts for more than 75 percent of sales, and more recently, launching third-party online sales through a partnership with Net-a-porter.

The efforts have paid off: Against a backdrop of slowing growth for the Swiss watch industry as a whole, Hermès appears to be gaining market share. Its watch sales rose 14.2 percent at constant exchange rates to 139 million euros in the first nine months of 2019, versus an increase of 8.4 percent during the same period last year.

This compares with a 2.8 percent rise in overall Swiss watch exports between January and September, according to the Federation of the Swiss Watch Industry. By contrast, Hermès had seen watch sales progress by just 1.4 percent in 2017 as a whole, and fall by 3.2 percent in 2016. 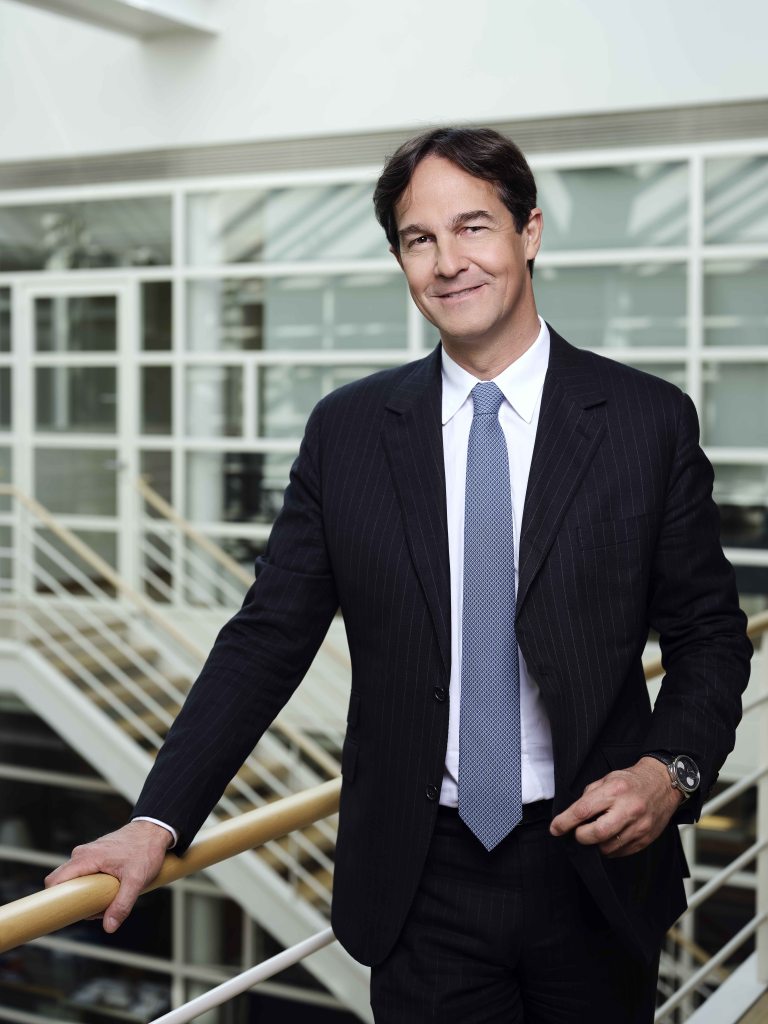 “We have seen more than two years of uninterrupted and steady growth, with an acceleration in 2019,” Dordet told WWD in an interview. “When you reverse a trend, it’s the fruit of a lot of simultaneous efforts on many fronts that suddenly start to bear fruit.”

To start with, the watch division, which also goes by the name Hermès Horloger, has boosted its presence in the network of more than 300 Hermès stores worldwide.

“We worked hard on our collection. We propose objects that are very Hermès, meaning they are rigorous in terms of shape, yet they fully express the style of the house, which is creative, daring, light and surprising. This is what sets us apart in a watchmaking world that is often quite uniform,” said Dordet.

“Our jewelry division is growing very fast and so are watches now, so the stores in the Hermès network are dedicating more and more space to these two categories,” he added.

Having previously introduced new models to its Cape Cod and Arceau pillars, the brand surprised the market by tapping furniture and lighting designer Ini Archibong to collaborate with Philippe Delhotal, artistic director of Hermès Horloger, on its new women’s timepiece, Galop d’Hermès, presented at SIHH in January.

With a distinctive stirrup-shaped case, it has a timeless quality, yet also features quirky details, such as the crown positioned at 6 o’clock. “The line hit stores in the spring and we’ve been racing to satisfy demand ever since,” Dordet said. “I think Galop has the potential to become a pillar.”

Hermès focused its Net-a-porter launch in September on the Galop and the Cape Cod, a brand staple introduced in 1991. Several models have already sold out, including a Galop with a stainless-steel case set with diamonds, on a midnight blue alligator strap, that retails for $9,000.

Dordet said he opted for Net-a-porter because it has established a strong presence in the watch segment, a process accelerated by the acquisition of Yoox Net-a-porter Group last year by Compagnie Financière Richemont SA, the owner of brands including Cartier, Jaeger-LeCoultre and Piaget.

“We have always appreciated the quality of their presentation, and it’s very ethical in terms of respecting prices,” he said of the site.

Rogerio Fujimori, analyst at RBC Capital Markets, sees the Galop as a commercial hit. “We believe that the biggest driver of this year’s outperformance versus the rest of the sector has been the success of its new women’s watch line, Galop d’Hermès, which has a very distinctive shape that was very well-received,” Fujimori said.

“Watches are also helped by the fact that the Hermès brand remains so desirable, as illustrated by the amazing numbers in ready-to-wear and accessories,” he added.

René Weber, managing director at Bank Vontobel, estimated Hermès watch sales at 192 million Swiss francs in 2018, giving it a 0.5 percent share of the market. He noted that while Hermès has outperformed Swiss watch exports, the latter were dragged down by a drop in sales of low-end timepieces.

Dordet said that Hermès continues to make “significant” investments in its facilities in Switzerland, where it employs almost 300 people. Founded in 1978, La Montre Hermès has been internalizing production for the last 15 years. It now has two sites: one in Brügg, near Biel, which houses a watchmaking unit, a leather workshop and administrative offices; and one in Le Noirmont specializing in dials and cases.

The latter, opened in 2017, houses the activities of two former suppliers: Natéber SA, a high-end watch dial manufacturer it acquired in 2012, and watch case maker Joseph Erard SA, which it bought the following year. Its movements are produced by Vaucher Manufacture, in which it holds a 25 percent stake.

“We are always looking to extend capacity and develop internal know-how,” said Dordet. “We don’t plan any further acquisitions in the short term, but we are always thinking about how we can develop the range of what we can do in-house, which is already very broad.” 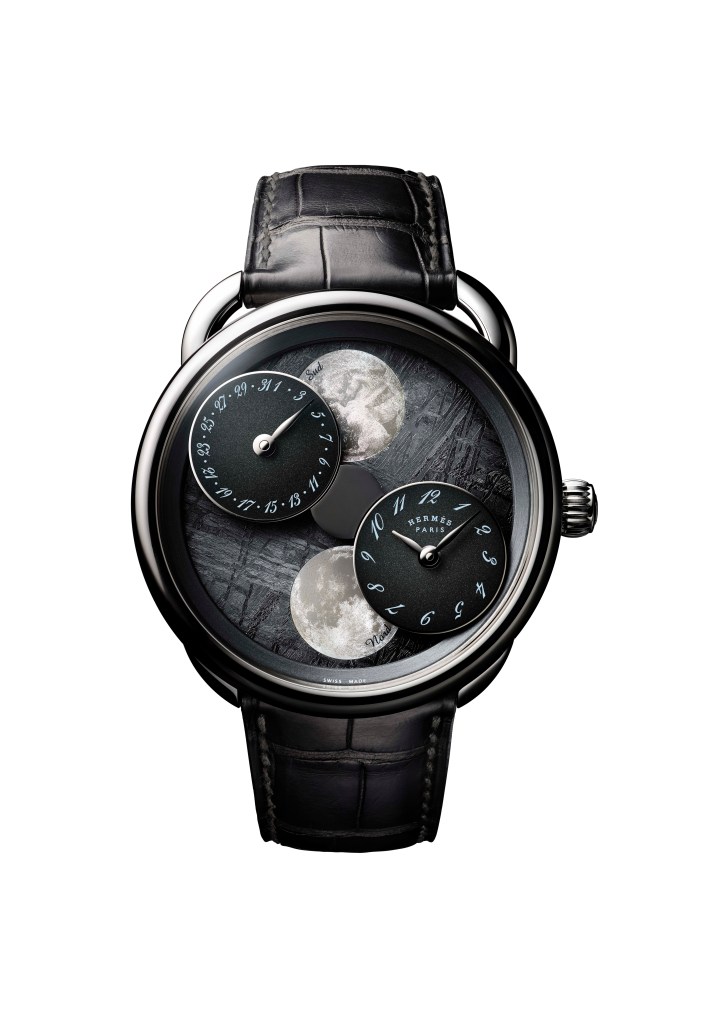 That expertise is apparent in one of its most recent releases, the Hermès Arceau L’Heure De La Lune, an original take on a double moon phase complication in which a pair of floating lacquer dials rotate over two stationary mother-of-pearl moons, indicating the current moon phase in the southern and the northern hemispheres.

“We talk about Hermès time, which refers to this somewhat friendly, playful and dreamy relationship that we have with time, without taking ourselves too seriously. We bring that lightness and creativity both to our women’s watches and our men’s complications, as well as our advertising campaigns,” Dordet said.

“Looking at our watches, I think the Hermès customer appreciates that combination of technical rigor with a lighter message,” he added.

Dordet noted that behind each dial lie up to 50 areas of expertise. “Since my arrival, we have invested a lot to make this production chain very efficient. We have completely revised the way we work and we are now totally connected to retail, so that we produce what customers want,” he said.

“It allows us to listen to the market, to see what works and what doesn’t, and to adjust our production rapidly, with the immediate effect of drastically reducing stocks,” he added. “It’s great in terms of satisfying demand, and especially great in terms of sustainable development and reducing waste.”

Despite Hermès Horloger’s spectacular gain in productivity, Dordet remains vigilant going forward. “We probably still have room to improve, and if there’s one area we need to monitor, it’s to avoid becoming victims of our success. Growth is so strong that we need to think about capacity for tomorrow,” he concluded.