As smartwatches settle into the market, jewelry timepieces are finding new fanfare as dressier, persona-driven alternatives. 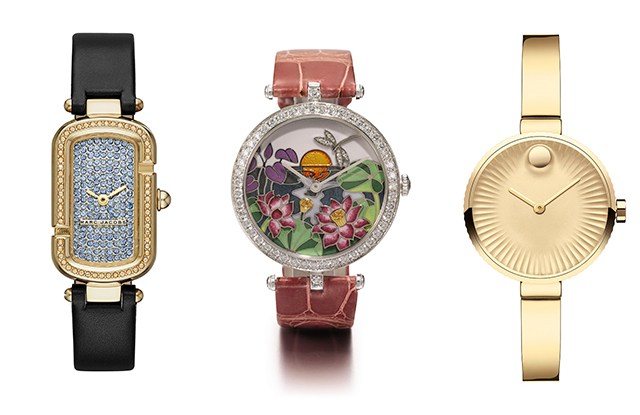 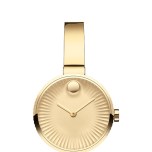 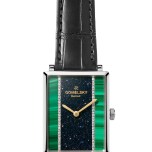 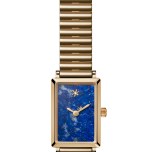 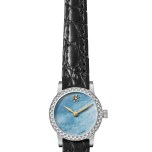 Ladies’ watches may be on the verge of a design renaissance.

This story first appeared in the March 23, 2017 issue of WWD. Subscribe Today.

In the months leading up to the launch of Apple Watch, it was surmised the device could mean the end of the traditional timepiece. But in the two years since, a reactionary trend — in women’s watches at least — has emerged.

The trend, according to experts, has been slowly building for two to three years and is seen in all corners of the market. Driven by new designs, bright colors and unique accents, these pieces have been seen in the high end at Chanel, midrange at Shinola and even some mass-market designs by Fossil.

According to market sources, collectible high-design evening styles from the likes of Cartier, Vacheron Constantin and Van Cleef & Arpels have been appearing at auction more often, with their values steadily rising.

“People are getting dressed up again for the sheer sake of feeling good when they get dressed for dinner or a function like the ballet or opera,” said Patek Philippe U.S. president Larry Pettinelli.

He noticed a renewed interest in small cocktail watches last year. “People have been asking for these smaller watches again. It’s more of a fervor than we’ve heard before.”

Patek Philippe declined to reveal its Baselworld introductions ahead of the fair, but Pettinelli noted that “there will be a couple of nice ladies’ pieces along these lines.”

At the opposite end of the market spectrum, Fossil is creating evening styles for licensed brands like Marc Jacobs — small styles with faces covered in magenta rhinestones. Fossil licensed brands vice president creative director Marty Christiansen said of the trend: “There is an interrelationship happening — over the last three years, a huge trend for ath-leisure has emerged, and for me that is no longer a trend [now]. People are more and more casual — so when they do decide to go to a special event, people are really embracing that as a special moment to get dressed up again and choose the proper accessories for them. That’s where the cocktail watch is coming back into favor.”

In November, Shinola launched the Gomelsky collection — a women’s range of evening watches incorporating precious stones and unique color combinations. Livio Galanti, a principal at Bedrock Manufacturing Co. – parent company of Shinola — said the line’s performance was a surprise for the brand. It was the more precious designs featuring colorful stones like malachite and lapis — rather than cookie-cutter, commercial styles — that found the biggest success.

“There is this sort of broader theme happening in the watch world, which has been under siege from the smartwatch. On the flip side, the idea of things that are more traditional, a little less science, are finding new fans. How this art versus science thing shakes up in the marketplace takes a moment to evaluate,” Galanti said.

“You get this consistent theme of uncommon looks performing better than commercial items. I think it’s a little bit of a counterpoint to a fully loaded watch. Finding a way of defining substance, color, depth and eccentricity. Smartwatch faces are black when they are not fired on,” he said of a new ardor for colorful, embellished styles.

Galanti’s view of the importance of strong design echoes commentary made late last year by Paolo Marai, president and chief executive officer of Timex Group’s luxury division. While in New York to oversee the Stateside launch of Ferragamo’s newest watch collection, Marai exclaimed that the “timekeeping functionality of watches is over.”

“So more and more in a certain price range, I believe watches have become more of an accessory than a timekeeper,” he said.

According to Nicolas Beau, international director of Chanel Horlogerie: “For a woman, a watch is not an instrument; it’s a piece of jewelry that happens to tell time. For a long time we have considered watches as a beautiful object, not just an instrument. More nowadays, women are coming back to more normal sizes, just because it’s so feminine and comfortable.”

At this year’s Baselworld fair, Chanel will mark its 30th anniversary in the timekeeping business. It plans to release new editions of its Première style — the house’s first watch design, released in 1987. Among the Première’s facelifts is the Première Camélia Skeleton — a dressy, sometimes gem-encrusted iteration with a visible movement shaped into the house’s camellia flower.

Patek’s Pettinelli echoed this design-first sentiment. “For years, whenever we did some of these focus groups — especially with women’s watches — we found very often that the primary selling point for women was the design.” He noted that movements have become more important to female consumers in recent years, but that design still reigns as their first priority.

One hallmark of today’s new evening watches is their sleeker style. While traditional, Fifties debutante designs were wreathed in diamonds and colored stones, modern iterations run the gamut from minimal to quirky embellishments.

Movado’s new evening style, called the Edge Bangle, is a slim, tailored bracelet inlaid with a classic Movado watch face. “It’s about a design that feels very fluid and feminine, without necessarily having it encrusted in diamonds like an old-school way of dressing up,’” Mary Leach, Movado’s chief marketing officer, said of the design, introduced in fall 2016.

“I think what we are seeing happen with women’s fashion is the idea of empowerment and a lot more control. Consumers are saying, ‘I want to be able to take something and be able to dress it up, dress it down,’” she added of the shift in watch design.

Even more traditional styles are growing in popularity. Sotheby’s London watch department director Joanne Lewis reports that the evening category has grown 15 to 20 percent in value in the last two years. Lewis noted that the Fifties and Sixties served as the last heyday of the evening watch — spawning interesting designs, such as cuff styles by Piaget.

“We’ve seen more gem-set watches appearing at sales — Rolex, Patek Philippe, especially Cartier, evening gem-set watches stand out as quintessential pieces for ladies — they are so elegant and classic,” she said. “It does come full circle if this is something also being pushed more on the retail side. We see interest coming through at auction as well.”

Added Chanel’s Beau: “One of the luckiest chances of women is that they can wear any of style of watch. Men can wear specific styles, but women can wear these beautiful evening styles to the most masculine chronograph designs. It’s a question of style. Women have the liberty and freedom in the market.”