The opening of a Bucherer store has confirmed the French capital’s status as one of the fastest-growing markets globally for high-end timepieces.

By Joelle Diderich on May 6, 2013
View Slideshow 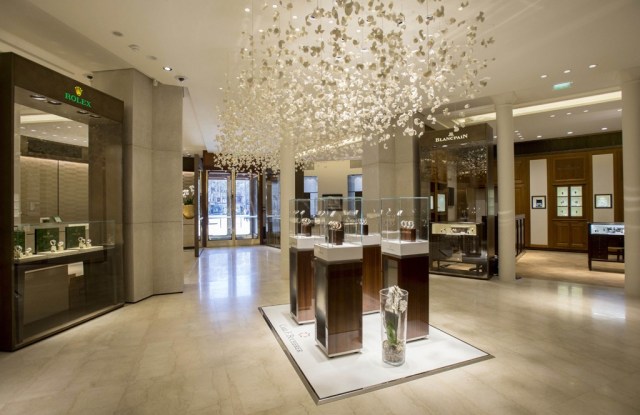 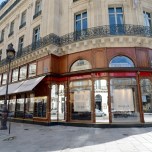 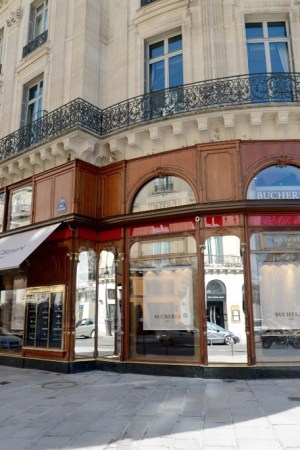 The exterior of the Bucherer store in Paris.

A Patek Philippe Watch Just Sold for $7.8 Million at Auction

PARIS — The opening of a Bucherer store — the world’s biggest luxury watch emporium — here has confirmed the French capital’s status as one of the fastest-growing markets globally for high-end timepieces, fueled by a growing stream of tourists from Asia.

“Paris is becoming the number-one destination for watch retailing,” said Guido Zumbühl, chief executive officer of Bucherer AG. “For us, being one of the biggest watch and jewelry retailers in Europe, it is very important to be present in Paris.”

It also features a watchmaking workshop for repairs. “It is the first Bucherer boutique in France, so we wanted this to be very qualitative, true to our heritage,” Zumbühl said.

Bucherer AG, which also operates stand-alone stores for luxury brands, plans to add an adjoining Cartier store. Tag Heuer and Omega will also open boutiques nearby, marking the birth of a new luxury-watch hub between the Boulevard Haussmann department store district and Place Vendôme, the historic home of Paris jewelers.

“The neighborhood is gradually being transformed into a zone dedicated to tourism, with watches and jewelry as the main draw,” noted Pierre Raynal, head of retail agency at the French division of global real estate adviser Cushman & Wakefield.

“Retailers are trying to develop new destinations dedicated to this activity because there is a lack of space on the historic axes, such as Rue de la Paix or Place Vendôme,” he added.

Raynal also noted that in their constant quest for new spaces beyond Place Vendôme and Rue de la Paix, watch and jewelry brands have helped push average rent per-square-meter in Paris’ Golden Triangle to nearly 10,000 euros, or around $13,000 at current exchange (equivalent to about $1,200 a square foot).

But nowhere has the impact been greater than on the Avenue des Champs-Elysées, with the planned opening of a Tiffany & Co. flagship at number 62 and a Tag Heuer store at number 104.

Though French consumer spending, the traditional motor of the country’s economy, has been declining since the start of the year, luxury brands are banking on a steady increase in the number of tourists drawn to the City of Light.

Raynal noted the number of Chinese visitors to Paris alone was expected to grow from one million per year at present to seven million or eight million by 2020.

A recent study by professional services company KPMG found that 72 percent of Mainland Chinese respondents travelling overseas planned to purchase luxury items during their trip, with cosmetics, watches and bags at the top of the list.

The increased competition from stand-alone stores has not escaped the notice of leading Paris department stores Printemps and Galeries Lafayette, which have both renovated or expanded their watch and jewelry sections in recent months. Le Bon Marché, meanwhile, will unveil its renovated luxury watch floor in the fall.

Catherine Newey, deputy chief merchandise officer in charge of luxury and accessories at Printemps, said sales of watches and jewelry at its Boulevard Haussmann flagship jumped 50 percent in 2012, making it the fastest-growing segment in the accessories division.

During that period, the retailer opened a dedicated watch space on the ground floor of its Printemps de l’Homme men’s wear store, and last November inaugurated an expanded watch department on the first floor of the main building.

It also hosted a variety of watch-related events, including its first exhibition of timepieces, selected among brands owned by luxury conglomerate Compagnie Financière Richemont.

“For us, the watch and jewelry sector has exploded in the last three years,” said Newey, adding that its customers include collectors and connoisseurs capable of buying timepieces with seven-figure price tags.

Though it greets top clients in VIP suites, Printemps wanted to make the watch department as welcoming as possible with an open floor plan, despite resistance from some of its partners.

“Even if the stores on Place Vendôme are absolutely sumptuous, there is that symbolic hurdle of going through the airlocklike doors. There is a status connotation that can be cumbersome. At Printemps, we want to maintain a very high level of service, but without that barrier,” she explained.

Overseas visitors represent 30 percent of the store’s customers overall, but they account for half of sales in the watches and jewelry department, with Asians leading the way. Newey is confident that even with a drop in watch sales to Asian customers in recent months, the region continues to hold plenty of potential.

“If you look at the pyramid of the Chinese population today, there is such a rapid evolution that even if all of a sudden there is a change in the upper tiers of the pyramid, the lower tiers are expanding so fast that it compensates for the shortfall,” she said.

Marc-Christian Riebe, founder and ceo of Zurich-based retail research firm Location Group, said the Bucherer store in Paris could expect to post revenues of more than 500 million euros, or $658 million, annually. Until now, the retailer’s historic flagship in Lucerne, Switzerland, had been its largest store.

“It’s three times bigger than the boutique in Lucerne and you have five to 10 times more Chinese tourists in Paris than in Lucerne,” Riebe remarked. “This new opening will completely change the watch manufacturers’ retail world, because it’s unique for such a big jeweler’s store to open in such a prominent location.”

Riebe said that thanks to Bucherer’s relationships with tour operators, more than 12,000 buses carrying Chinese tourists stop at its store on Lucerne’s historic Schwanenplatz every year, and a similar number can be expected in Paris.

“This street will be much, much more expensive with the next new leases around the Bucherer store,” he forecast.

Riebe estimated that in value terms, Paris was now on a par with Zurich and Geneva as a leading location for watch sales — second only to Lucerne. And the jostling for space means rents in leading European locations will just keep on soaring.

In Zurich, for example, Omega is forking out an estimated 2 million Swiss francs, or $2.15 million, per year for its new store on Banhofstrasse, the city’s premier shopping strip — more than double the rent paid by former occupant Diesel, according to Location Group’s Retail Market Study 2013.

And Bucherer is reported to have paid key money of 7 million Swiss francs, or $7.5 million, last year to take over the Banhofstrasse location previously occupied by French women’s rtw brand Devernois, to open a Rolex boutique.

With an average size of between 80 and 100 square meters, they can afford to pay rent equivalent to 15 to 20 percent of their turnover, he added.

“The same is true of Paris, London, New York and Milan,” the analyst concluded.