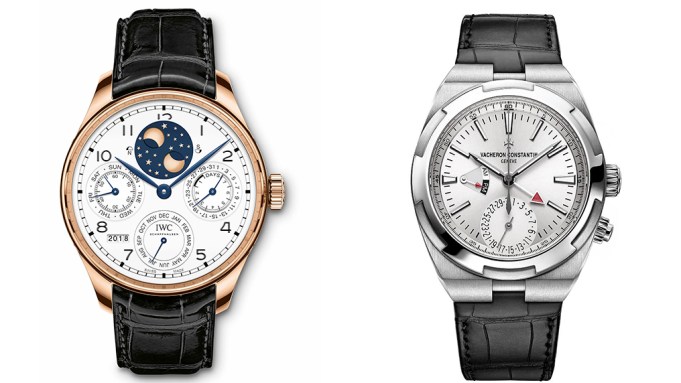 MIAMI — For luxury watch collectors, there’s no better place to be this Presidents’ Day weekend than here.

They’re coming from all corners of the globe to immerse themselves in the typically Switzerland-centric category at the inaugural Watches & Wonders Miami, four days of displays, activations, sales, dinners and a Brazilian concert to boot, through a collaboration between the Fondation Haute Horlogerie and Miami Design District Associates. Unlike the FHH’s previous versions of the event in Hong Kong from 2013 to 2015, this iteration replaces the convention center venue with the brands’ freestanding stores and pop-ups in the Miami Design District’s Palm Court.

“It was a huge investment for brands to build booths, so interest slowed down. We decided to do something different with existing boutiques to focus budgets on educational platforms and experiences,” said Fabienne Lupo, FHH chairwoman and managing director, who had been looking to expand to the Americas for a while. “At the same moment, the MDD wanted to drive traffic and put itself on the map for luxury watches and jewelry.”

Seductive weather and crossover events like the Miami International Boat Show and Miami Yacht Show also factored into its launch here. But regardless of where it takes place, it’s a big deal for watch enthusiasts who aren’t retailers or press to get in front of exclusive timepieces. Most opportunities, like last month’s Salon International de la Haute Horlogerie in Geneva, are closed to the public.

At WWM, they’ll not only be able to browse and buy timepieces that launched at SIHH for the first time in the U.S., but models that have never been displayed and are possibly heading to Baselworld in March.

Ralph Lauren Watch and Jewelry had a small salon at SIHH where they showed watches and jewelry to select retailers and journalists. The company waited to reveal its RL Automotive Skeleton Steel watch inspired by the designer’s car collection. Because of the division’s partnership with Compagnie Financière Richemont, the watch features a skeletonized twist on an IWC Jones movement.

Ralph Lauren’s store is in Bal Harbour, so it’s popping up with five other firms — Armin Strom, Kari Voutilainen, RJ-Romain Jerome, Romain Gauthier and F.P. Journe, which also has a Bal Harbour boutique and is one of WWM’s most-anticipated participants according to FHH organizers, who are receiving invitation requests from collectors specifically based on its involvement. A. Lange & Söhne, Audemars Piguet, Bulgari, Cartier, Hermès, Hublot, IWC Schaffhausen, Jaeger-LeCoultre, Louis Vuitton, Panerai, Parmigiani Fleurier, Piaget, Tag Heuer, Vacheron Constantin, Van Cleef & Arpels are participants with stores or shop-in-shops at ECJ Luxe in the MDD.

Several companies are hosting concurrent milestones and exhibits. IWC is introducing its Jubilee and historic collections to the U.S. market. Designed for the 150th anniversary, the former’s 27 limited-edition watches mostly reference previous series — Portugieser, Portofino, Pilot’s Watch and Da Vinci — with three new wristwatches whose original digital hour and minute display hails from the 1884 Pallweber pocket watch. Tag Heuer also gives a peek into its past in premiering “Museum in Motion,” a tour of heritage timepieces from its museum in La Chaux-de-Fonds, Switzerland, with stops in Houston, Las Vegas and New York in 2018.

“Collectors are especially looking for our watches from the Sixties and Seventies at auction,” said Kilian Müller, president and chief executive officer of Tag Heuer North America, of the exhibit’s 1968 Easy Rider special edition and 1979 Kentucky [Derby] with a horseshoe-shaped case. “We’re more aware than ever about the experience and not just the product. It’s all about telling our story and the hours of work and craftsmanship, and this is a fantastic platform to do that.”

During Tag Heuer’s cocktail party on the eve of WWM, prominent collector Jeff Stein mingled with clients who toured new watches, like the Formula 1 Lady and a white gold and fully diamond pavéd Connected Modular. Muller noted an extra reason to go all-in for WWM due to the brand’s rich history with Latin America, from Brazilian Formula One racer Ayrton Senna to its most popular watch series, which is named after Mexico’s Carrera Panamericana race.

Antonio Seward, ceo of Audemars Piguet North America, said its brand historian will be the “star in situ,” linking historic pieces to designs and connect the chapters for new and existing clients, half of whom live outside the region. A small group is invited to dinner for a first look at the Millenary, a women’s watch with an 18-karat white gold case and mesh bracelet and a pink sapphire cabochon, and limited-edition Tourbillon Chronographs in stainless steel and 18-karat pink gold for the Royal Oak Offshore, which debuted a quarter-century ago. Though difficult to assemble pieces so quickly after SIHH, he added it was worth the effort for his largest domestic market after New York and Los Angeles.

“Miami has big potential. Its main thrust is the Latin American presence, but a lot of people and entrepreneurs are moving there, and business is thriving,” he said.

Alain Bernard, president and ceo of the Americas for Van Cleef & Arpels, said Miami’s transformation into a hub for travelers and art and design collectors should build on the house’s success at the Hong Kong event. Collectors can arrange one-on-one appointments with experts like its watchmaking director and head of research for highlights making their initial U.S. appearance, such as the Lady Arpels Planétarium, whose planets of various gemstones rotate in real time. More new pieces are an Alhambra watch model to celebrate the signature motif’s 50th anniversary, and different jewelry pieces from Le Secret than those brought for the Miami store opening in December.

“The new format’s intimacy makes sure our friends have in-depth moments with the collection and the men behind it,” he said, adding there’s a strong appetite for these types of exhibitions and interactions in the U.S. and beyond, for brands with long histories and authentic experiences. “The world is very stressful, and people want to anchor themselves in roots and real art.”

Bernard must be sensing a deeper movement since heritage is a central theme. Catering to the male-dominated world of watch collectors, premier vintage and exotic cars for Miami Design District Concours and Stuart Parr’s collection of vintage Italian motorbikes are installed throughout the neighborhood for the holiday weekend. Paul Boutros, Phillips’ head of Americas for watches and international strategy adviser, will give a talk about collecting vintage watches on Monday, for the auction house’s pop-up preview with Bacs & Russo at Opera Gallery. Fifteen watches including Rolex Daytonas and rare and complicated wristwatches by Breguet and Patek Philippe will be auctioned in Geneva in May.

“Normally we start previews in April, but we jumped on this opportunity, because Miami is a very important market for watches and Latin American and East Coast collectors,” said Boutros, of the auction house’s watch foray into Florida. “When people see old and new side by side, they see enduring value. It’s our duty to show that.”