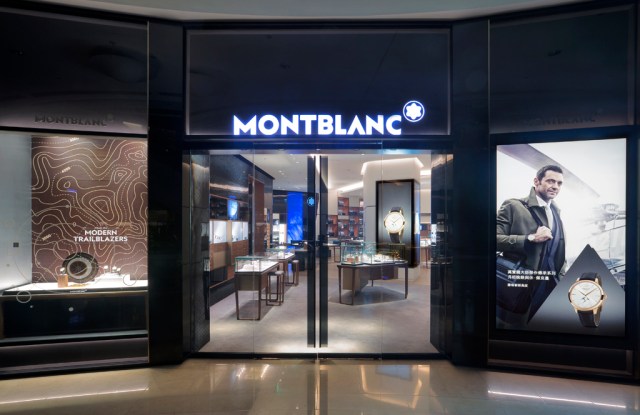 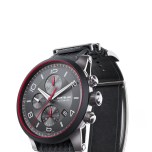 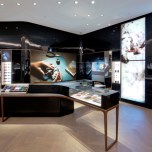 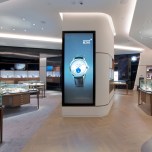 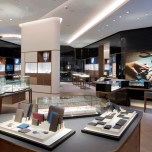 Since taking the reins of Montblanc just over two years ago, chief executive officer Jérôme Lambert has worked to get the business on track.

And after a year of transition, Lambert said sales are now on plan, with strength in the redesigned leather goods category, writing instruments and women’s watches.

In a rare visit to New York City on Tuesday, Lambert said: “The performance of the group in [my] second year is on track with our agenda. And for this year, so far, so good.”

Lambert said writing instruments, where Montblanc has nearly 60 percent share in the luxury end of the market, continue to have “positive growth” in what he said was a “stable” industry.

Over the past 15 months, he said, leather goods are benefiting from a reworking of the assortment with “new leathers, shapes and functionality.” This includes the new Extreme collection that offers high-performance leather goods resistant to water, heat and abrasion.

The leather goods unit is now based in Florence, Lambert said, and has a new design team as well as a new ad director who is improving the “expression” of the brand.

Outside of Europe, Lambert said Montblanc recently brought distribution in South Korea — one of its top-five markets — back in-house and is planning to reenter the India market with a local partner there later this year. He also pointed to South America and the Middle East as areas where the brand sees “much more opportunity.”

Turning to watches, Lambert said the business has been satisfactory, boosted by some new chromatic products and strength in the Boheme line of women’s watches and jewelry, fronted by brand ambassador Charlotte Casiraghi.

“The ladies watches sold out,” Lambert said. “It’s quite remarkable.”

Lambert also pointed to the company’s first entry into the wearable technology space, the TimeWalker Urban Speed e-Strap, which connects to a cell phone via an app and allows the user to preview e-mails, text messages, social media feeds and activity. The interchangeable strap either connects to a watch or can be worn independently on a bracelet.

“It’s very much a bespoke choice,” he said. “You can wear it or not. It’s up to you.” He added that there is serious “competition for the wrist” these days, and Montblanc believes it’s “important to have one device” that performs multiple functions. “It’s important for our product to stay relevant, whether it’s a watch or leather goods,” he said.

The e-Strap will be delivered in Germany in the next two weeks and then roll out to the company’s other markets this fall.

Montblanc operates more than 500 company-owned and franchised stores around the world. A new retail design from Noé Duchaufour-Lawrance launched in Taipei in May, which Lambert said was “elegant and sophisticated.” The black, white and wood concept will be rolled out to other markets around the world the rest of this year.