At 175, Patek Philippe Brand Vows to Keep It in the Family

The brand on Monday rang in its 175th anniversary with a declaration of independence and a $2.4 million watch. 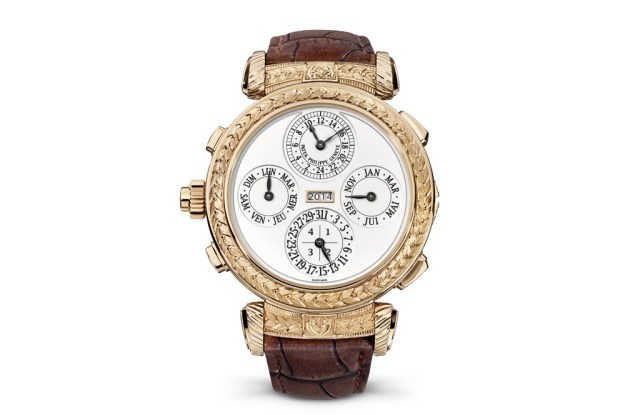 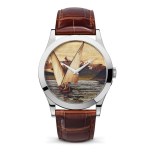 GENEVA — Patek Philippe on Monday rang in its 175th anniversary with a declaration of independence and a $2.4 million watch.

One of Switzerland’s last family-owned watch brands, Patek has vowed to continue steering its own course, even as luxury conglomerates snap up rival watch firms and their suppliers in a wave of consolidation that has left just a handful of companies, including Rolex and Chopard, still operating autonomously.

“I can guarantee you that all agreements have been taken in order to be sure that for the next 25 years, if not more, Patek Philippe will stay a family business,” the firm’s honorary chairman, Philippe Stern, told guests gathered at a gala at the company’s headquarters on the outskirts of Geneva.

His son Thierry Stern, who took over as president in 2009, said the company was not motivated by profit alone.

“It’s about being fair, being honest, hard-working, thinking also about the long term, being logical and not willing to be trapped in this very short-term vision, and I believe at Patek, we are all thinking like this,” he said. “The future for Patek should remain in the family business, there is no doubt.”

The pledge comes less than three months after Kering revealed its purchase of Swiss luxury watch brand Ulysse Nardin. Luxury groups are seeking to gain critical mass to counter a global slowdown in Swiss watch exports, largely due to a drop in demand from Chinese consumers following the government anticorruption drive.

Patek Philippe posted sales of 1.2 billion Swiss francs, or $1.3 billion, in 2013, up slightly from the previous year, according to an estimate by Vontobel Equity Research. All dollar rates are calculated at average exchange rates for the period to which they refer.

The company, which produces 55,000 timepieces a year, holds a unique position in the watchmaking field. Aficionados speak of its creations with quasi-religious fervor, and vintage models regularly set records at auction. For its 150th anniversary in 1989, it produced the now-legendary Caliber 89, a pocket watch with 33 complications of which only four examples were made. The yellow gold version sold for 5.12 million Swiss francs, or $4.73 million, at an auction held by Antiquorum in Geneva in 2009.

Accordingly, details of this year’s grand anniversary piece were shrouded in secrecy until the last moment. A presentation featuring wall-to-wall video projections, operatic music and ballet dancers ushered in the Grandmaster Chime Ref. 5175, one of the world’s most elaborate wristwatches with six patented mechanisms.

Everything about it is superlative, starting with the massive gold case — 47.4 mm. wide and 16.1 mm. thick — that is hand-engraved with a laurel leaf motif and comes with two dials: one designed by Philippe Stern, the other by Thierry Stern. They can be switched, thanks to an easy-to-operate reversing mechanism in the lugs.

Seven years in the making, the watch houses 20 complications including a chiming mechanism with three gongs and five time strikes, two of which are patented firsts in the realm of chiming watches: an acoustic alarm that strikes the exact alarm time and a date repeater that sounds the date on demand.

Only seven will be produced, one of which will head straight to the Patek Philippe Museum in Geneva, where it will be on show from Nov. 15 to April 11, 2015. The remaining six will go on sale for 2.5 million Swiss francs, or $2.4 million at current exchange, each.

One is expected to make its way to the U.S., though the Grandmaster Chime is an application piece, meaning that Patek Philippe will carefully select buyers to make sure it does not fall into the hands of speculators.

The brand also presented a series of limited-edition commemorative watches for men and women, including 40 models showcasing rare handcrafts such as engraving, enameling and wood marquetry. These were showcased at Château Blanc, an historic building adjoining the company’s modern headquarters, where artisans demonstrated techniques such as guilloching, or mechanically engraving patterns such as line grids or waves.

Sandrine Stern, head of watch creation at Patek Philippe and wife of Thierry Stern, said the company was focused on innovation. “We wanted to mark this 175th anniversary with pieces that will not go into our regular collection,” she told WWD.

In recent years, the company has ramped up its offering of ladies’ mechanical timepieces to accompany growing demand for more complicated women’s watches.

This year, it surprised the market by saying its Ref. 5960 annual calendar automatic chronograph would henceforth be made in stainless steel rather than precious metals. Sandrine Stern said the watch has been well received as a more accessible men’s watch, in terms of look if not price, since it retails for $54,800. Nonetheless, the company does not intend to expand its stainless steel offer.

The company has no intention of significantly increasing production. With a board consisting of Philippe Stern, Thierry Stern and chief executive officer Claude Peny, it can march to the beat of its own drummer.

“That doesn’t mean at all that we are closed off to the outside world. Simply, we have a know-how of 175 years and we are able to be totally self-sufficient,” Sandrine Stern said. “We are a group of enthusiasts and passion always wins out, so there are always ideas bubbling up and we are always able to generate novelties.”

In a market increasingly ruled by shareholders demanding quick returns, Patek Philippe stands out with its long-term approach. After all, its advertising campaigns state: “You never actually own a Patek Philippe. You merely look after it for the next generation.”

1839
Patek & Czapek is established in Geneva.

1887
The Calatrava cross is registered as a logo.

1989
Patek Philippe celebrates its 150th anniversary with the launch of the Caliber 89 pocket watch with 33 complications, setting a world record for complicated portable mechanical timepieces.

1996
The company moves to its new manufacturing complex in Plan-les-Ouates near Geneva.

2001
Inauguration of the Patek Philippe Museum.