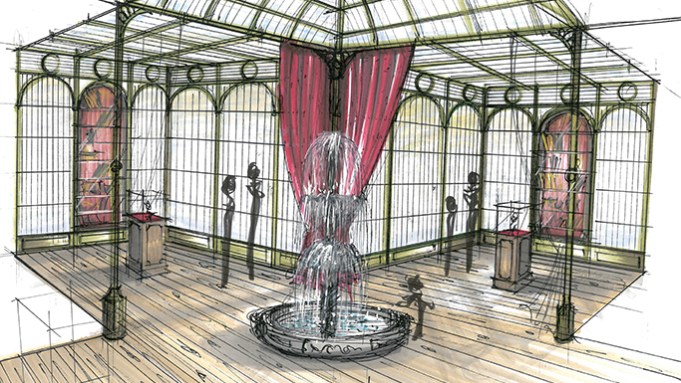 LONDON — Patek Philippe has seen more than 25,000 people visit its Watch Art Grand Exhibition, which opened at the city’s Saatchi Gallery here last week. The London leg of the exhibition — which has previously been shown in Dubai and Germany — closes Sunday, but has extended its opening hours to 8 p.m. Saturday and 4 p.m. Sunday to meet the demand.

The sprawling exhibition spans 21 rooms devoted to exploring Patek Philippe’s 175-year history, with more than 400 timepieces on display, of which 60 are limited editions created to mark the exhibition.

Among the standouts are a collection of watches made for several generations of the British royal family, such as a pearl bracelet and diamond pavé watch designed for Queen Elizabeth II, which is on loan from Buckingham Palace, and a pendant watch that belonged to Queen Victoria. The latter is crafted in yellow gold with blue enameling and rose-cut diamonds in the case.

The room that houses those watches is designed as a glass atrium, to replicate the Crystal Palace that hosted the 1851 Great Exhibition in London’s Hyde Park.

Meanwhile, the Napoleon room in the exhibition is designed to evoke Patek Philippe’s Geneva salon — complete with a panoramic, moving screen that recreates the view of Lake Geneva — and houses a number of vintage watches, while the Museum room transports a taste of the house’s Geneva museum to London. That room contains ornate pocket watches that pre-date the Patek Philippe business, such as an enamel watch that dates from around 1700, decorated with an enamel illustration of the Holy Family that’s still brilliantly vivid. There are also some of Patek Philippe’s detailed enameled designs from the Forties and Fifties, such as one pocket watch that depicts Neptune riding a seahorse.

To mark the show, the house has created a number of special editions exclusive to its London boutiques, which include a limited-edition Calatrava wristwatch in which the face is painted with London monuments using rare grisaille enameling.

The exhibition closes out Patek Philippe’s 175th anniversary celebrations, which began in May 2014.