The president of the luxury Swiss watchmaker takes a “long-term” approach to strategies for his 177-year-old family business, which gets its strength from its independence. 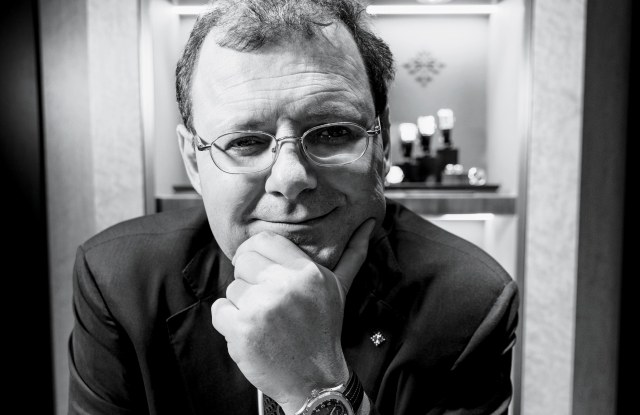 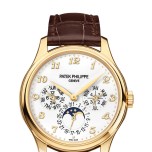 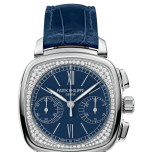 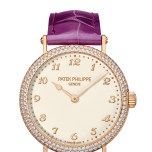 People are discreet with the brand, it’s not a show-off brand,” said Patek Philippe president Thierry Stern, perched in his brand’s new in-store shop at the renovated Wempe store on Fifth Avenue.

His family business — premium Swiss watches — is part of an industry that has encountered a cocktail of troubles lately, with the falloff in Chinese luxury spending and rapidly shifting global economic trends. This sharp downturn has led to issues of overproduction, discounting and brand dilution.

But according to Stern, it is Patek Philippe’s discretion, steadfastness and independent ownership that have allowed it to remain above water in recent years.

When many of his competitors were rushing to China after the U.S. market crashed in 2008, Stern says he remained resolute in maintaining the brand’s levels of distribution.

“They believed China was the El Dorado, ‘It’s going to be amazing and we’ll sell a million watches,’ and sadly that’s what really hurt them, producing too many watches — and today it’s hard to sell them. If China is not taking them where do they sell them? People don’t really understand the market of the watch industry — shareholders are very talented with business but not that talented, maybe, with watches,” Stern said of the conundrum facing many of Geneva’s conglomerate-owned luxury firms.

Stern acknowledged that demand for Patek has plateaued somewhat, leading the company to cap its production levels, without increases, through 2017. The company issues approximately 60,000 pieces each year.

But now with a rebound of the U.S. economy relative to Eastern and South American markets, the executive feels that remaining loyal to the U.S. has paid off, adding that’s where the greatest number of watch collectors are.

“When you have such a strong market, you should always help. That’s why, in 2009 when everyone was rushing into China, I was in the States, telling retailers, ‘Don’t worry, I will not let you down. I will be there — you have been helping me for so [many] years, I will be there to help you.’

“I think it’s a give-give situation,” he added. “When everything goes well, you are happy but when things go wrong, you should help and not try to find another business. This is what others will do because it’s quick money. I don’t see it that way, I see longer-term than that.”

With strengthened U.S. spending, Patek Philippe is plotting a showing of historic watches in New York this summer, called “Watch Art Grand Exhibition” to be held at Cipriani in Midtown. Ahead of the exhibit’s unveiling, Stern spoke with WWD about the evolving circumstances surrounding the watch industry.
How would you categorize the crisis presently facing the watch industry?

You know, it doesn’t really mean that much — you have to see things in the long-term. We have been here nearly 180 years now and have been through many different crises. This is one of them, but it’s not a major one, when you compare it with others. Maybe the difference today is that when you have a crisis, it’s a worldwide crisis. Before, maybe it was just one area of the world and now it’s everywhere.

How has the fallout of China affected your business?

We were not willing to rush into China, and were not increasing production for this market — I would say now, thank God we had this vision. It’s not only expertise and know-how, you also need some luck. We decided to be vigilant at the time, and today it doesn’t hurt us because all the watches we have today, we sell — I believe it’s the way to go, step-by-step. I opened in China, but just two places that were more to educate people.

What are your feelings on smartwatches?

I would say for Patek, we are at the top of the pyramid and do not believe there is a risk. I think it’s nice because smartwatches bring back the younger generation to wear something on their wrist. Before that, they were just thinking about smartphones, and how they have everything on them. It’s helping us, to be frank. If you look at the middle brand of watches, that’s where the threat is dangerous. I have two [smartwatches] that I got for my kids to see what would happen. After one week, they stopped wearing them and they went back to their phones. It was quite interesting because I did the test. I believe smartwatches will still be there, but they have to find another field, they are not going to replace everything.

If I were in charge, I would go into medicine directly — it means your watch would check your pulse, check something in your family if someone was sick, but just to put everything on a watch the same as a smartphone — it’s too small, at some point.

Looking forward to this summer’s Patek Philippe exposition, why did you decide to hold this in the U.S.?

The U.S. is one of our major markets, and also it’s a thank you to all the people who like Patek, and a great opportunity to show a younger generation who we are. It’s not easy for a young person to understand that it’s not an old company with just old guys making watches — you have to promote the brand. It’s not a matter of budget — if you compare me to Richemont or LVMH [Moët Hennessy Louis Vuitton], they could do this 10 times, we are talking millions and they are talking billions. But they don’t have the know-how. We can track every watch for 178 years. I know who or where I sold the watch, I have museum pieces, and we collect from very well-known people throughout history. This is something that we have; even if you have a $50 billion budget, you are not able to do it.

How important is independent ownership in the success of luxury watch companies today?

[Conglomerate-owned firms] overproduce, they don’t have a choice. I’m bad to say [it’s the fault of] shareholders, but to be frank, who is going to push them to do it? If you are independent, it’s fantastic. But it’s different because you are alone, which means that if I’m making a big mistake, no one is there to help me. But on the other side, nobody will push me. I’m not working to just make money, I’m working because I enjoy watches. I have to make money to survive, I have to make money to invest in Patek Philippe because it’s the only thing I’ve got. I would like to think I’m not going to jeopardize all that to have a few more million today. I think this is a vision we can only have because it’s a family business.