In an unusual move for the luxury house, eight of its brands will be presented together.

In a rare act of unity, Compagnie Financière Richemont on Wednesday, will gather eight of its maisons under one roof for an event called Arcadium, the goal of which is to spark interest in the participating jewelry and watch brands with the help of augmented reality and virtual reality.

While each of the maisons boasts years of craftsmanship, Richemont sensed that luxury consumers weren’t aware of the brands’ stories, so it’s now turning to technology to impart the message to existing and future clients.

While sparking curiosity in products from Cartier, Van Cleef & Arpels, IWC, Jaeger-LeCoultre, Montblanc, Panerai, Piaget and Vacheron Constantin is the plan, nothing will be sold on site, as Arcadium is meant to be purely experiential.

Information about Arcadium was provided by the maisons of Richemont.

With Arcadium, Richemont is acknowledging that clients are consuming information and knowledge differently. By responding and touching consumers through innovation, the company aims to show that its venerable maisons are forward-thinking, not only steeped in history. 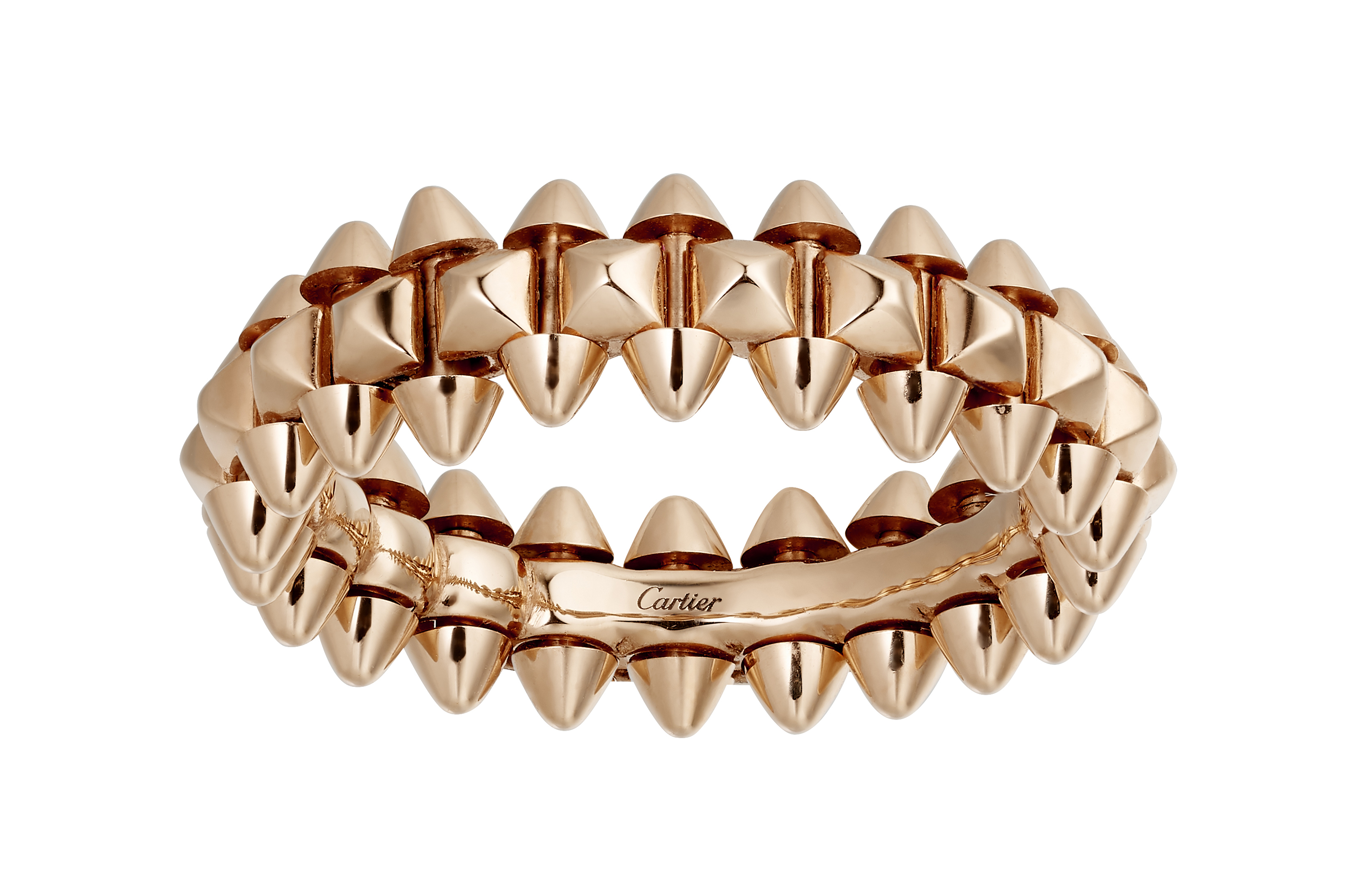 A ring from the Clash de Cartier collection.  Courtesy/Vincent Wulveryck

The first-of-its kind Arcadium experiential pop-up installation will open to the public Friday, operating through July 25 on the fourth floor of The Shops and Restaurants at Hudson Yards. Guests to Arcadium’s main room, which was designed and illustrated by artist Justin Teodoro, will get an iPad with seven two-minute brand journeys to explore. Booths for each maison will feature unique technology for deeper brand immersion. For example, a mirror concept of the world of Alhambra at Van Cleef & Arpels.

“It’s quite consistent in terms of what a lot of brands are doing,” said Erwan Rambourg, global co-head of consumer and retail equity research and managing director at HSBC’s research division. “They’re trying to surprise and delight consumers, because younger customers have a different approach and experience brands differently.

“Any element that increases the interactive nature, or anything that involves learning” can be powerful, Rambourg said. “Luxury is all about storytelling. People are accustomed to [traditional brick-and-mortar]. The way watches and jewelry are sold, it’s very stale and not a fast-moving product. It’s more of an investment. This is an idea that thinks outside the box. It’s experiential, with VR and AR — all of this contributes to the potential of telling a good story.”

If Arcadium is successful, Richemont may want to adapt it and could possibly treat it as an exhibition that travels, such as Louis Vuitton‘s “Objets Nomades”  collection, which was first exhibited in 2015 at Milan’s Salone del Mobile, Rambourg said.

“You have a relatively stale, old-school and pretty arrogant luxury world,” Rambourg added. “Attitudes have changed. The consumer is younger, more Asian, and female. Selling to a young, female Chinese consumer in her 20s necessitates a younger management team. Richemont’s done that. All 17 or 18 brands have changed chief executive officers in the last several years. They’re more connected to consumers and more in tune with the way they’re purchasing.

“You have to evolve your model. Whether it’s a pop-up and fun stuff such as Richemont is doing or Atelier Beauté Chanel, [which opened in January], people are trying different things,” Rambourg said, citing the multiyear global innovation partnership between Chanel and Farfetch’s Store of the Future technology that’s helping elevate service at the former’s Paris flagship by leveraging client data.

Similarly, Richemont is looking to learn from Arcadium about ways customer service can be enhanced, including better clienteling. 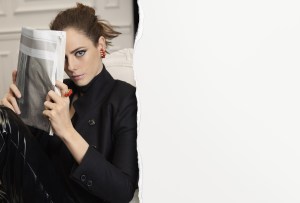 Kaya Scodelario in an ad for Clash de Cartier.  Courtesy

According to Rambourg’s HSBC Global Luxury Goods report of June 12, Richemont’s watch brands have moved under an overarching group umbrella within the division run by Emmanuel Perrin. Rambourg believes the group will gain by approaching distributors with one Richemont voice versus nine competing brand voices.

Richemont also has an opportunity to fine-tune its investments behind the brands, prioritizing funds to brands based on their potential in different markets, Rambourg said. For example, American consumers are showing interest in sporty round watches, so the group could direct its investments to IWC and Panerai in the U.S. market. “We believe a more focused approach could yield better results and have increased our sales growth projection from 3 percent to to 5 percent at constant exchange,” Rambourg wrote. 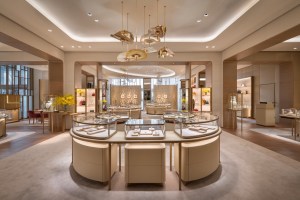 The interior of the Cartier store at Hudson Yards in New York City.  Courtesy

“By definition, luxury is not needed, it’s an emotional purchase that caters to the potential for impulse — and self-purchase,” Rambourg said. “It’s a somewhat crowded market with the younger, wealthy Asian female consumers, who respond better to impulse, so you have to find those emotional triggers. If you capture someone’s attention and [they tell a friend] and you’ll have a multiplier effect.”

Rambourg pointed out that jewelry and watches are sold in “relatively rigid and stale brick-and-mortar environments. That may not be enough. It’s a very competitive space.” Watches of Switzerland’s Hudson Yards store features a bar, and Hermès’ Meatpacking unit introduced a new jewelry concept to take the stiffness and formality out of buying jewelry — a long, high table and bar stools rather than the usual clients sitting opposite sales associates.

Jewelry saw a slowdown at retail in the last quarter, with high jewelry taking a hit. “It’s pretty lumpy, and pretty volatile, given the equity markets late last year. There was a bit of a pause there,” Rambourg said, adding that Richemont will disclose on July 18 sales for the first quarter. “We suspect jewelry will have been solid, as we witnessed the latest launch of the Clash de Cartier collection, which was out of stock at many locations in Europe and the U.S.”