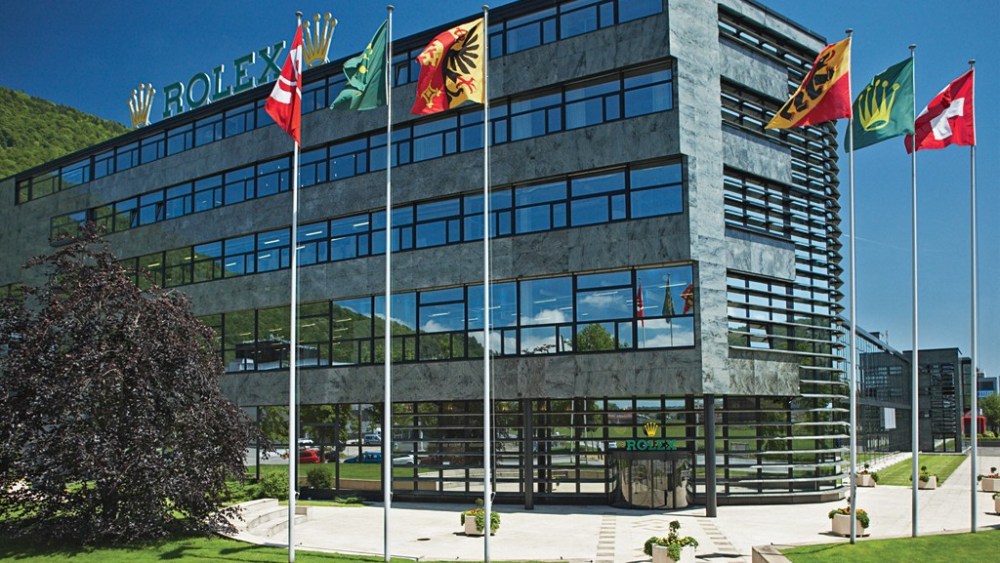 ZURICH — Google “Rolex” and chances are you’ll find copious references to ritzy competitions for tennis and golf, or to snazzy yacht and motor races. Culture looms, along with awards for entrepreneurship and surveys about iconic brands, including, prominently, the Swiss watch brand itself.

What is jarringly absent, however, is anything significant about the company. That Rolex is more secretive than a Swiss bank has become a cliché. Controlled by a private foundation and spectacularly inward-looking, the Geneva-based group gives no financial data and its executives decline all interviews. (Requests for information for this story were denied.)

Behind the scenes, however, there have been significant changes at one of the world’s biggest and best-known watchmakers. These include the opening last October of a large new factory for movements, and the death last month of Patrick Heiniger, the former chief executive officer spearheading the developments.

Typically for Rolex, the death after an unspecified “long illness” of Heiniger at a relatively young 62 was limited to a one-page release. While lauding his contributions in his 16 years at the helm, no new light was shed on Heiniger’s abrupt ouster in 2008.

But while controversial internally for his autocratic style, the steps initiated by Heiniger are largely what transformed Rolex from a highly respected niche watchmaker into an horological powerhouse with more than 6,000 employees and estimated annual revenues of $5 billion, making it the largest luxury watch brand in the world.

Two decisions have been crucial to that growth: buying up companies that performed previously outsourced manufacturing functions, like making dials, cases and bracelets, and, perhaps most significantly, masterminding the 2004 merger with what was effectively the separate company that made most of Rolex’s movements — the mechanical heart of its watches.

Completion of the new factory has marked the culmination of that process. Rolex’s huge site for making movements in the Swiss city of Bienne should significantly boost efficiency by consolidating production to just four locations. Three are in Geneva, home to the group headquarters and final assembly operations, as well as two plants for dials, gem setting, cases and bracelets. Separately, more than 2,000 workers are employed at the now unified and expanded Bienne site — making it one of the biggest watch factories in the world.

“Today, Rolex is entering a new era. The construction of the new building demonstrates our unshakable confidence in the future,” boasted Bertrand Gros, Rolex’s chairman, at the opening. “At a time when the supply of strategic components is a major concern for the watchmaking industry, our sites in Bienne and Geneva form a solid manufacturing base that gives the brand absolute autonomy.”

Autonomy was Heiniger’s driving ambition, reducing Rolex’s dependence on suppliers, notably Swatch Group, for key components like some movements and much of its regulating mechanisms and springs. The vast investments have been reflected in output estimated now at up to one million watches a year, split between Rolex and its slightly less prestigious Tudor sister brand.

But expansion came at a cost. Heiniger’s ouster in May 2008 — ostensibly for “personal reasons” — was widely believed to have stemmed from the unlucky overlapping of Rolex’s heaviest investments with one of the sharpest downturns in the watch industry as the global recession hit the sector’s sales — along with those of most luxury goods. Worse still for the company, demand was hit hardest in the U.S. — a market to which the group was particularly exposed, while rivals like Swatch Group’s Omega or Compagnie Financière Richemont’s IWC were more geographically balanced.

The downturn was perhaps the reason Rolex selected Bruno Meier, formerly chief financial officer, and, before that, a banker, as Heiniger’s successor. The choice was widely taken as “proof” of market speculation about stretched finances and diving profits — rumors Rolex characteristically chose to ignore.

“Rolex was always divided between two factions representing the foundation and the operating side, and Meier didn’t really suit either,” said a well-placed observer, who requested anonymity. The thinking was that as a finance expert, rather than an industry veteran, Meier’s appointment was more of a stopgap measure. Nevertheless, Meier has maintained his watch and banking affiliations, having last year joined the boards of jeweler-watchmaker Chopard and of the Swiss subsidiary of France’s BNP Paribas bank.

It has been left to Gian Riccardo Marini, Meier’s successor, to get back on track and return Rolex to its horological roots. He can safely negotiate the group’s internal politics, being an industry and company veteran. A scion of one of the families behind Rolex’s growth in Italy as a distributor — among the brand’s most successful markets — Marini had headed Rolex Italy since 2000. Simultaneously, and equally telling, the group created a new Hong Kong-based job heading all of Rolex’s foreign subsidiaries to catch up to competitors in emerging markets around the world. Daniel Neidhart is the executive in this role.

Marini has focused on marketing to make up for that lost ground in those rapidly developing markets. The climax came last December with a deal — estimated to have cost at least $30 million a year and possibly more — making Rolex the official timekeeper and timepiece of Formula 1 motor racing.

The arrangement provides a global television audience, particularly in Asia, South America and the Arab world, where F1 is booming, and marks a leap in the group’s drive to increase brand awareness among younger potential buyers.

“Over the last 50 years, both Rolex and Formula 1 have grown into world-leading aspirational brands and there will be many fantastic opportunities that we can enjoy together,” noted Marini.

Some of Rolex’s other sponsorships are in the worlds of tennis (Wimbledon, Roger Federer), golf (PGA), sailing and horse riding as well as cultural and classical music activities.

But, well into his 60s, Marini is not expected to remain ceo for long. While Rolex’s revolution in watch production is now complete, it will be up to him — and, more importantly, his eventual successor — to ensure product and marketing perform to match.