Watch and accessories brand has been experiencing a business boom in the last few years. 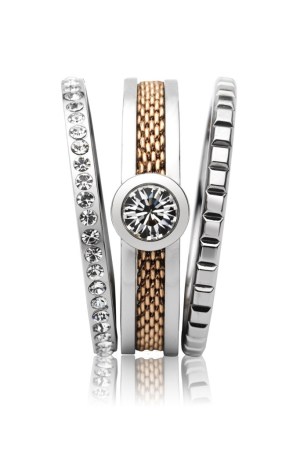 “We don’t really follow the trends. We just do our own thing,” said Charlotte Jorst, co-founder of Skagen Denmark, a watch and accessories company inspired by the minimalistic yet stylish designs found in Scandinavia.

Along with her husband, Henrik, the Danish duo launched the company 22 years ago and have been experiencing a business boom in the last few years. With sales on course to reach the $130 million mark this year, Skagen registered a 30 percent leap in sales since its 20th anniversary.

“We have pretty aggressive plans to open more stores,” Henrik Jorst said, indicating that Manhattan is the brand’s next target. “Finding the right location is really hard, especially in the United States.”

The brand, which has nine concept stores across Denmark, Japan, Taipei, Hong Kong, Singapore, the U.K. and Germany, is carried in U.S. department stores, including Lord & Taylor, Nordstrom and Macy’s.

With watches that range from $89 to $325, jewelry that retails from $15 to $125 and sunglasses from $75 to $135, Skagen has been cashing in during the economic downturn, as cash-strapped consumers look to update their wardrobes with fashionable accessories. Indeed, Skagen, which refers to a Danish resort town, is in the process of rolling out a line of interchangeable, stackable rings to complement watch purchases.

“Women in particular are going back to basics, to less glitzy, basic designs,” according to Henrik Jorst.

“Our stuff is superclean,” added Jorst’s wife. “The design looks like a million bucks, but it hardly costs anything, and our customers get a little piece of Denmark.”