Ten archival pieces are being updated and reissued for the designer's anniversary. 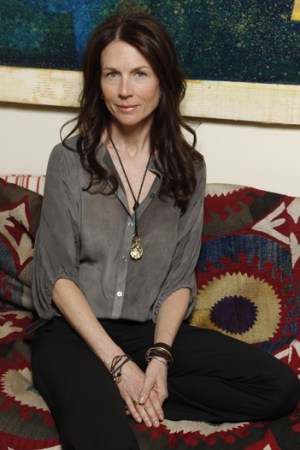 When Temple St. Clair Carr started designing jewelry in 1986, all it took was an introduction to the Pressmans, the original owners of Barneys New York and, boom, you were in business. St. Clair Carr’s collection, called Temple St. Clair, of ornate, Byzantine 18-karat gold pieces decked with big cabochons, was the first fine jewelry to be sold at the store, located on 17th Street at the time. “They would call me — this was when cell phones were bricklike things — every time something sold,” she says. “It was all very cutting edge and the Pressmans were at the top of their game. It was a really fun time that I fell into. ”

To say St. Clair Carr fell into the business is an understatement. She was then a twentysomething from Virginia studying Italian Renaissance literature in Florence, with the cash to work with Italian goldsmiths on one-off pieces for family and friends. After a year or so, her pieces landed in Barneys, and she started splitting her time between Italy and New York, where she targeted the press, Condé Nast in particular.

“I literally went in the elevators and I’d hit every magazine,” recalls St. Clair Carr. “It was really funny because every floor had its own personality. You went to Vogue and the people at the desk there were very cool and not so welcoming. Then I remember Glamour; at the time Kate Spade was the accessories editor and she was adorable and so nice. I was persistent and I didn’t have a lot at stake because I didn’t have this big plan. I didn’t care if they wanted to see me or not, but I sort of made them see me.”

The world of retail and editorial has obviously changed considerably since then — there is no waltzing in unannounced, for one. Yet St. Clair Carr’s design approach has remained largely the same despite the trends of the moment. “I guess it was maybe the early Nineties when the magazines were showing no jewelry at all or everything was platinum and white and it was all very minimal, but I didn’t change my style,” she says. “I have a strong vision of who I am and what I do and why I do it, and I think that’s been a strength for 25 years.”

She still works with Italian artisans for a look that is often mystical. Some of her signature pieces include rock crystal amulets, and rings and pendants done in yellow gold with pink tourmaline, aquamarine and pearl (priced between $1,000 and $150,000). Temple St. Clair has the collectors, stores — more than 100 wholesale accounts — and longevity to show for her consistency. Aside from a brief partnership in 2002 with Tiffany & Co, in which the jewelry house took a stake in Temple St. Clair with the intention of boosting her retail presence, the business has remained independent. (She bought back Tiffany’s stake in 2005.) “The one lovely thing about Tiffany was it was like being anointed by the big houses,” says St. Clair Carr, who now runs the company with her husband, Paul Engler, who is also chief operating officer. “In terms of our wholesalers, it was a real sort of authenticating.” In 2010, St. Clair Carr designed a collection for Target, and her latest limited edition line is in honor of her 25th anniversary, for which she’ll update and reissue 10 archival pieces, including emerald, diamond and sapphire earrings and a peridot ring.