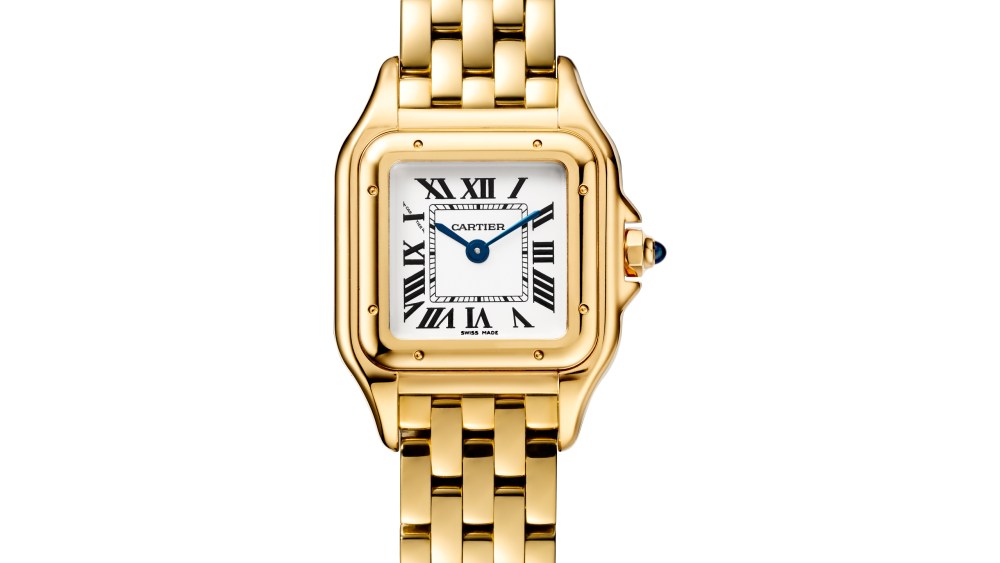 GENEVA — Down but not out summed up the mood at this year’s Salon International de la Haute Horlogerie here, the annual January jamboree for some of the world’s leading watch brands.

Reeling from a sky-high Swiss franc, skittish demand and a collapse of sales to Hong Kong, the industry’s single-biggest market, sentiment in recent months has been grim. Exports of Swiss watches and components — the only aggregate industry figures available — fell by 10.4 percent to 17.7 billion Swiss francs, or $17.67 billion, in the year to end November — the most recent data available. Overseas sales have dropped for 22 months straight. In Hong Kong, the main outlet for mainland Chinese demand, sales fell by almost 26 percent year-on-year in the first 11 months of 2016.

That cooling has prompted some manufacturers to cut output, jobs and even, in some cases, prices — touchy subjects for an image-conscious business struggling to react to bloated stocks, notably in Asia, and potentially disruptive new technologies in the form of smartwatches.

“We’ve reached a moment of transition. Everyone knows there has been overproduction. For years, I’ve been saying there are too many watches and too much stock, one day, you pay the price,” said Michel Parmigiani, the Swiss watchmaker whose brand was one of the few independents exhibiting at SIHH.

“Last year was a much more difficult year than previous ones. But you’ve got to keep in mind these are comparisons with record years in the past,” said Daniel Riedo, ceo of Jaeger-LeCoultre.

Characteristically watching their words in hard times, Richemont brand bosses at SIHH focused instead on what they claimed had been a bumper Christmas and signs of a strong January, along with better sentiment at the show. Such comments chimed with a Richemont group statement two weeks ago that said sales in the crucial three months including Christmas had been significantly higher than market expectations.

Whether there is truly light at the end of the tunnel, or the year-end upturn is just a blip, remains to be seen. But with many brands having now put restructuring largely behind them, executives were at least more open about the medicine they had swallowed over recent months to adjust their business models to changed circumstances.

Those admitting to shedding staff included industry veterans Philippe Léopold-Metzger, head of Piaget, and Juan Carlos Torres, ceo of Vacheron Constantin. Piaget cut 60 employees in December, while Vacheron shed about 100 staff, culminating in November. “We don’t want to produce more than the market can absorb and put any unnecessary pressure on retailers,” admitted Léopold-Metzger.

“The market in 2016 was difficult for sure,” added Torres.

Surprisingly, smartwatches were barely mentioned by any of the exhibitors, suggesting that, for the time being at least, one potential threat has receded.

Both brands are among those in the Richemont stable that have actively bought back inventory to reduce the overhang. Expensive raw materials, such as gold or jewels, have been recycled; components used again where possible, and watches otherwise destroyed. Jaeger LeCoultre, another key Richemont brand, has done the same, while offering staff its lowest priced models at deep discounts. Higher-priced watches have not been offered, explained ceo Daniel Riedo, as many would be prohibitively expensive and the danger of flowing back into the market arguably greater.

All three Richemont brand heads expressed relative confidence about 2017. “We put in place a lot of actions that I’m confident will let us come out stronger,” said Léopold-Metzger.

“I think 2017 will be stable and the decline stop,” predicted Torres.

Both brands illustrated one major trend at SIHH — to some extent perpetuated from the 2007-9 financial crisis — of brands stressing authenticity and continuity by emphasizing vintage and classic products. Piaget celebrated the 60th anniversary of its key Altiplano family of watches – one of what has been slimmed down to three core watch collections – with a series of special birthday models.

Likewise, Vacheron Constantin highlighted its high watchmaking credentials with the Celestia Astronomical and the Symphonia, two ultracomplicated one-offs. The first, with no less than 23 complications, was not priced, but would sell for an estimated minimum $1 million, said the brand. While the second was officially tagged at the same level, the fact that both were customizable meant prices could rise, depending on customers’ individual wishes.

The benefits of restraint were evident at Audemars Piguet, the independent brand whose ceo François-Henry Bennahmias stands out among his fellow executives in his willingness to reveal financial data. Revenues last year exceeded 800 million Swiss francs, or $798.6 million, and should reach around 900 million Swiss francs, or $898.42 million, in 2017, despite capping production at 40,000 watches a year, he predicted.

“It’s the sum of all the little things,” Bennahmias explained. “We’ve moved increasingly from wholesale to retail, slimmed down the distribution network, trimmed the collection and improved our communications. Plus we’ve stuck to the commitment made in 2006 to cap output at 40,000 pieces a year, so customers know we’re never flooding the market.”

Reflecting its confidence, Audemars Piguet revealed its Diamond Outrage — the spiky finale to a trio of annual eye-catching diamond one-offs launched at SIHH in 2015, with the latest iteration costing 1.15 million Swiss francs, or about $1.1 million.

Among those filling out gaps were IWC and Baume & Mercier. The former launched its new Da Vinci range, reinforcing a push into women’s watches that began with the small-sized Portofino and continued last year with a smaller version of the core Pilot’s watch. “Five or six years ago we felt ready to go more into women’s watches. And now we feel prepared to expand further,” said Georges Kern, IWC’s ceo.

“Don’t forget, some 60 percent of the market is female, and we still see plenty of space there,” he added, suggesting a fourth women’s product, based on an existing core range, would follow in due course. “The question for us was never whether we would go into women’s watches. The question was when and how.”

The return to classic or vintage design was no better illustrated than at Richemont’s powerhouse Cartier brand, which used SIHH to relaunch its classic Panthère de Cartier women’s model. Originated in 1914, the watch was reintroduced in a bigger size in 1984. The latest incarnation, which returns to virtually the original dimensions, marks a turnaround from Cartier’s emphasis in recent years on complex men’s models and returns the brand to its feminine roots. The wide collection comes in small and medium sizes and steel, along with yellow, pink and white gold, with or without diamond paving. Prices range from $4,000 to $141,000.

A number of brands used SIHH to preview new, “more affordable” products aimed at capturing additional sales or countering previously overambitious moves upmarket. Girard-Perregaux, the prestigious brand that slightly lost its way in recent years, returned to prominence with the relaunch of its Laureato style, first brought out in 1975. Now wholly owned by France’s Kering group, Girard-Perregaux is trying to get back on track under ceo Antonio Calce, hired from Corum two years ago.

Similarly Richemont’s Montblanc brand, known for its pens and leather goods, further refined and simplified its watch offering with its relaunched Timewalker collection, marking a return to sports watches. “About half the market is in sports watches, and in the U.S., it’s up to 70 percent,” said managing director of watches Davide Cerrato. “So you need to have a valid product to compete with the other players.”

Baume & Mercier, Richemont’s entry-level watchmaker which as the U.S. as its biggest market, has taken some similar steps. At SIHH, it revealed the international launch of its My Classima, which initially went on sale in the U.S. last November for the peak Christmas season. Based on the established entry-level Classima range, costing between $1,500 and $3,000, the My Classima could be offered at $990 by using a quartz movement and substituting the usual alligator skin strap with a calf strap stamped to resemble alligator.

The move paid off, with Baume & Mercier reporting a very strong Christmas season, in the U.S. especially. “We preferred to pull in new clients and retain existing ones clients rather than lose share to cheaper competitors,” said Frederick Martel, the company’s president for North America.

Visitors to next year’s SIHH can look forward to some new faces after the change of guard unveiled by Richemont last November and due to be implemented in April. Most notably, Georges Kern, who has headed IWC for the past 15 years, has been promoted to overseeing watchmaking as well as marketing and digital at group level. That will allow longtime colleague Christoph Grainger-Herr to step up to the IWC’s ceo post.

Meanwhile, the slightly changed format of the show, with Girard-Perregaux and Ulysse Nardin as newcomers, looks set to stay. The same applies to the Carré des Horlogers space, introduced in 2016, and this year expanded to 13 small independent brands.

In a closing statement, SIHH’s organizers said this year’s show had attracted a record 16,000 visitors, up 10 percent on 2016. But the total included 2,500 members of the public, this year allowed entrance for the first time on the closing Friday of the show, in an attempt by the exhibitors to improve contacts with potential customers. Entrance came at the price of 70 Swiss francs, or $69, a person.