The watch group also continues to focus on its fashion brands' licenses with the addition of Missoni and Furla, said Paolo Marai, president and ceo of the Luxury Division.

A Teslar watch produced by Timex

MILAN —  Fashion continues to be central for Timex Group, but the watchmaker is also exploring the wearable wellness technology with new timepieces for Teslar, and is investing in sustainability — an issue Paolo Marai, president and chief executive officer of Timex Group Luxury Division, says is still uncharted territory for the watch sector.

“This is one of the directions we are going into at Timex and we have the advantage of using steel for our cases, which is recyclable, and we are studying eco-friendly hides,” Marai said in a phone interview from Lugano, Switzerland, where he is based. Timex is a Salvatore Ferragamo licensee and the Florence-based company has been experimenting with the leaves of palm trees, orange peels, recycled plastic and wood, Marai said. “It’s complex because we are looking at packaging, displays, supply chain and we have been studying how to be sustainable for a year now.”

The interview taking place during the COVID-19 outbreak in Europe, hitting Italy especially hard, and asked to comment on business, Marai said Timex Group had not been impacted yet and that watchmakers could weather a few months of slowdown, compared to other more sensitive sectors, such as tourism. He pointed to a growth in China’s online business and touted that country’s resilience. “We have been used to seeing quick reactions to any backlash there, it will restart brilliantly.”

The reshuffling of trade shows such as Baselworld also does not affect Timex Group, he said. “We bowed out of Baselworld five years ago because we found it a system that was no longer modern and we have been showing for the past two years in Dubai, most recently from Feb. 7 to 14 and we have already signed up for next year. It’s been working very well for us,” he said, touting Dubai’s position, weather and accommodation. “It’s a winning formula and it offers a competitive advantage in terms of timing.” Separately, as reported, the inaugural LVMH Watch Week was held in January, also in Dubai, with brands under the French group’s umbrella skipping Baselworld.

Despite the positive feedback, and “two very positive years” for Timex Group, Marai admitted the watch sector in general has seen a contraction and that Apple’s smartwatch had an impact. However, he was cautious about the longevity of the smartwatch. “It’s newsy, but how will it fare in the long run? It has a display that must be activated and it must be recharged. It’s an additional competitor, but it did not replace traditional timepieces. As for Timex, we operate in a higher range, so we were less impacted,” he contended.

Founded in 1854 in Waterbury, Conn., Marai said Timex Group as a privately owned company declines to provide sales figures, but the executive related that the group’s luxury division grew 30 percent in 2019 and 30 percent in 2018.

In addition to Ferragamo, the division includes licenses with Versace and Versus, Guess, Nautica, Ted Baker, Missoni and Furla. The latter two are the most recent. The Missoni license was announced in December and the brand’s watches will bow for fall 2020, while the agreement with Furla was inked in February and timepieces for the Italian accessories house will be available this summer. 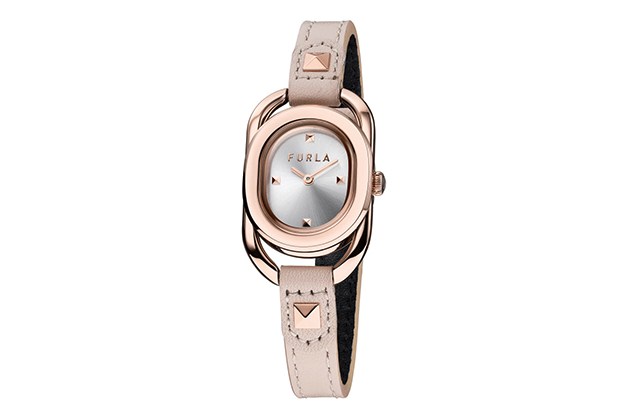 Marai said the sector has seen “big changes” in trends. “In the early 2000s, there was a request for very rich, sophisticated products. A Versace watch could easily retail at up to 100,000 euros, but after 2008 things changed. Watches are seen as accessories and there are strong differences between men and women. Men will not spend more than 2,000 or 3,000 euros for a fashion watch and women who used to buy one watch for 10,000 euros will now buy five for 2,000 euros, to change with the clothes or the mood.”

Timex Group leverages design and distinctive traits, which is what customers are looking for in a fashion brand’s watch, he claimed. “We aim at making the watches strongly identifiable with the brand, which increases their appeal.”

Marai conceded that those aged under 25 don’t regularly wear watches, but “this is not our target customer.”

While fashion licenses continue to be the core business of the group, Timex is also embracing new products and technology with Teslar, for example.

Teslar watches are designed to resist the harmful effects of electromagnetic pollution emitted by the daily use of technology, from cellular phones to laptops. Each watch features a proprietary ELF Nanotech Turbo Chip that works with the battery to mimic Earth’s natural frequency, stimulating our immune system and reduce stress.

“We’ve had a very positive reaction to Teslar watches, especially in Asia and the U.S., countries that are very sensitive to the issue of electromagnetic pollution and wellness,” Marai said.

“We worked to produce a beautiful watch beyond the technological content.” Women’s dials are adorned with distinctive designs recalling symbols of nature, such as the “Seed of Life,” known as the universal symbol of creation. All watches are designed with the Teslar signature 3-D triangular small secondhand. Prices range from $595 to $2,695.

Marai revealed that MadaLuxe Group was selected as the U.S. distributor of Teslar watches, which are available for purchase at b8ta, Macy’s, teslarwatches.com and will be offered through other top retailers this year. 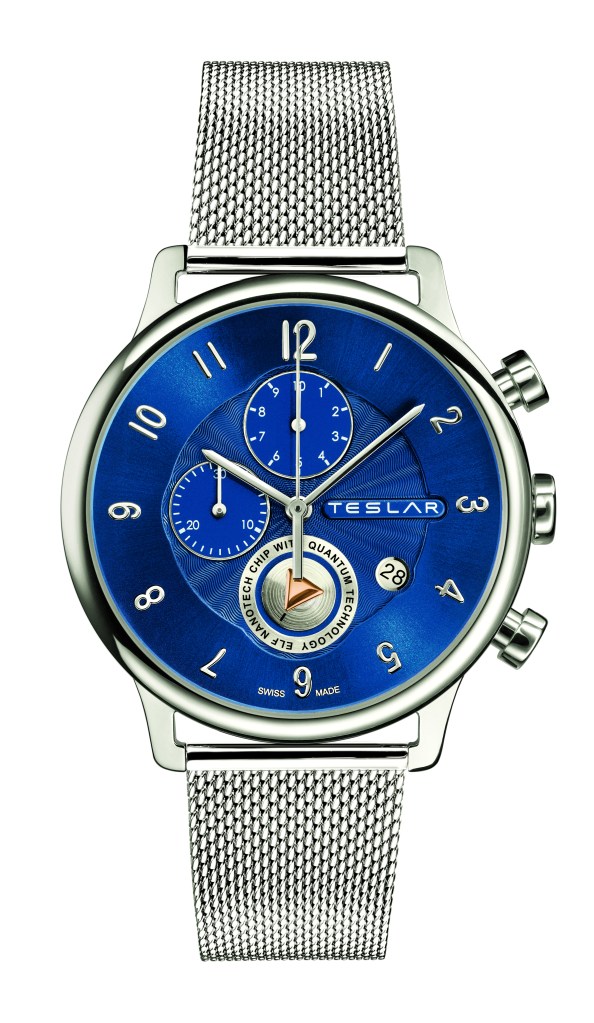