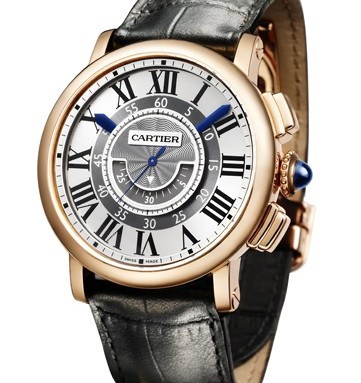 GENEVA — This is not the best time for the upscale watch industry.

After several years of booming business, Switzerland’s luxury watch sector is coming under pressure as the global economy shrivels and sales slow, including in emerging growth markets from China to Russia.

Nowhere was the new mood more evident than at the Salon International de la Haute Horlogerie, or SIHH, the trade show here that is a bellwether for the industry along with Basel World, which takes place from March 26 to April 2.

SIHH, which showcases luxury group Compagnie Financière Richemont’s brands — from Jaeger-LeCoultre to Cartier — along with a handful of independent ones, including Audemars Piguet and Girard-Perregaux, convened in January for the first time, instead of on the heels of the Basel show.

With buyers coming off one of the worst Christmas selling seasons in a decade, especially in the U.S., it was no surprise that many traveled to SIHH with trepidation. Exports of Swiss watches fell by 15 percent in November. December figures have yet to be reported. Many buyers said they feared the temptation of buying too many expensive watches that they really didn’t need and probably couldn’t sell.

Attendance from American retailers declined 50 percent, with overall attendance at the fair down 20 percent, according to organizers. Retailers, however, said they were pleased with Richemont’s understanding of the current climate, with the group’s luxury brands ready to help retailers weather the storm.

Brands, for instance, kept the number of introductions to a minimum and reined in the bells and whistles that had driven watch prices through the roof in recent years. They were not enforcing minimum buying numbers, either.

Companies concentrated on their expertise for high-end complicated pieces, which most executives suggested would continue to sell even as the midrange starts to tank. Retailers suggested that lower and midrange brands were performing poorly, particularly in the U.S.

The brands that retailers said seem to be suffering most include Tag Heuer and Breitling, neither of which showed at SIHH. Rolex’s performance also was said to be mixed, with brands such as Bell & Ross and Hublot doing somewhat better.

“The $5,000 customer is gone,” said Andrew Block, executive vice president of Tourneau. “What we’re seeing is a return to more heritage pieces.”

Brands at SIHH followed that cue by exhibiting their expertise in manufacturing the most fabulous watches in the world. Skeleton watches and tourbillons were popular, as were fly-back chronographs and divers’ watches.

“Creativity is more important than ever right now,” said Bernard Fornas, president of Cartier International. “When the economy drops, real luxury comes back. People return to brands with strong DNA.”

Fornas said that, despite rough sales — Cartier reduced production in one of its Swiss plants already, cutting the hours of 180 of the staff — the company would continue with geographic expansion and advertising.

“Frivolous times are gone,” said Fornas, who predicted a return to more sober styles. “Expensive things will still sell. It’s not that there’s no money.”

But people aren’t in a mood to buy, particularly in the U.S., where there’s a feel-guilty factor at play.

Fornas said business was stronger in other regions.

“We’ve done some exceptional high-jewelry sales,” he said. “When your bank statement means little, people are taking refuge in tangible objects. Jewelry from certain brands retains its value. We are taking our collection higher in terms of technical innovations and creativity. This is the right time to do that.”

“We are not resting on our laurels,” said de Quercize, who also predicted more stylistic restraint after obvious bling. “People will buy less, but better quality. Globally, we’ve been accumulating without enjoying ourselves. People will now buy for themselves and not to show off to others.”

“People will still pay $200,000 for a watch,” added Lutz Bethge, chief executive officer of Montblanc. “But they will not be buying to show their wealth to the outer world. They will be buying for themselves.”

Jerome Lambert, ceo of Jaeger-LeCoultre, is focusing on the high end.

“We will see the return of ultraclassic, understated elegance,” he said. “The high end is what we have the best chance to sell.”

Juan-Carlos Torres, managing director of Vacheron Constantin, said the brand was “suffering like all of the others” due to the climate, but Vacheron had seen an increase in U.S. orders this year. He attributed the success to continued demand for expensive, highly complicated watches.

Most brands said they would rein in unnecessary spending this year and concentrate their investment on research and development. Advertising as a result is expected to suffer across the board, with many watch brands saying they are reconsidering how best to connect with the customer in the current environment.

“We just canceled all our ads for the year except in newspapers and trade,” said François-Henry Bennahmias, ceo of Audemars Piguet North America.

Bennahmias said Audemars wanted to communicate in a one-on-one way. For instance, he said the firm had done its first radio ads with Howard Stern and had seen great success via a related Internet promotion.

“We should have 1,600 watches in stock at a regular basis in the U.S., but no one is replenishing stock now,” he said. “We sold 500 watches in a month and a half, which is good. But people are scared to buy more.”

Bennahmias said the company would scale back production this year to drive demand. He said Audemars, which produced 29,000 pieces last year, would shave production by about 10 percent this year.

“We want to create a shortage to drive prices back up again,” he said. “Nobody today can say they are selling at full retail price.”

Brands and retailers complained of widespread discounting. They said heavy discounting would create long-term brand damage and make it difficult for retailers to sell pieces at full price for years to come.

“The customer gets used to that type of price and it’s not good for long-term business,” said Mark Udell, who runs London Jewelers.

Udell said he refused to cut prices and that he was instead looking for exclusive product. He created a special watch with Audemars Piguet, for instance, called the Montauk Highway. “Exclusive product is very important is this environment,” he said.

And there are brands going ahead with major launches, despite the recession. Polo Ralph Lauren introduced its first timepieces at the fair in a joint venture with Richemont, underscoring the confidence the luxury group and the American designer have in the long-term health of luxury watches.

Lauren’s watches spoke to his taste for understated luxury with a vintage flair, with three models: a round dress watch, a stirrup-shaped model and a sports watch.

Retailers said Lauren’s pieces were in line with the designer’s DNA and they were impressed with the mechanical know-how inside, with movements provided by the likes of Piaget, IWC and Jaeger-LeCoultre.

Nonetheless, retailers wondered how long it would take the brand to gain momentum in the current environment. Others said it would be difficult to sell a “fashion” watch — no matter the complicated innards — in a market ruled by brands with sometimes more than a century of manufacturing expertise.

Richemont also showcased the Roger Dubuis brand, which it recently acquired. Ronald Wolfgang, Roger Dubuis president, said the company had refocused its creative juices and that it wanted to build in the U.S.

With fewer American retailers at the fair, Wolfgang said he would pack the collection up to show it in the U.S. soon.

“All of the brands are going to the U.S. in the next 90 days,” he said. “All of the American retailers are still licking their wounds from a dismal holiday.”