EXCLUSIVE: Tourneau to Change Its Name to Bucherer Under New Acquisition Strategy

Tourneau's 2018 acquisition strategy by Bucherer is beginning to take shape, including a name change.

Tourneau's new hybrid "Tourneau Bucherer" logo, which will transition to Bucherer only after one year.

Tourneau is about to see some big changes. Following the watch retailer’s 2018 acquisition by Swiss watch retailer Bucherer, a strategy for the storied company is beginning to fall into place.

WWD can exclusively reveal that Tourneau — at least the name — will be no more. The company will transition to the Bucherer moniker. Starting this summer, Tourneau’s 31-store network across the U.S. will be rebranded with the hybrid name “Tourneau Bucherer” for a one-year period. Thereafter, all company branding will pivot to the Bucherer name. This includes packaging and all customer-facing brand messaging.

The Tourneau acquisition represents Bucherer’s first push outside of Europe, where it holds a network of 36 stores. Known for its luxe assortment of fine jewelry and watches, the company had wider global ambitions and has now taken stake in the world’s largest luxury market. In buying Tourneau, Bucherer will bring its namesake fine jewelry line as well as the Bucherer Blue line of watches to the U.S. for the first time.

“I think the biggest change is that, when I joined the company, we were in a turnaround mode and more focused on the short and midterm. There is no better acquirer for Tourneau than Bucherer — the leading retailer of fine watches and jewelry in Europe. What’s shifted is that now we have the ability to plan not just for the midterm, but also the long term,” said Ira Melnitsky, chief executive officer for Tourneau and president of Bucherer USA, who led the company’s acquisition on behalf of its prior owner, the private equity firm Leonard Green & Partners.

“This has been something that’s about three years in the works — it’s not something we took lightly. We believe in the ability for the leading retailer in Europe to now trade in our category in the U.S. and speak to our clients is really an advantage — that includes people traveling from international locations or who have spent time in Europe,” Melnitsky said of the name change and strategy involved.

The company’s name change coincides with many other initiatives that represent a new era for Tourneau. There is the complete renovation of its famous 57th Street Time Machine store, the rollout of additional stores and a new joint venture with one of horology’s biggest players.

This July, Bucherer will reveal its joint venture with Tudor Watches and Rolex with two co-operated boutiques in New York’s Meatpacking District. Rolex also has a store on Fifth Avenue in a joint venture with Wempe as well as a boutique in Hudson Yards. 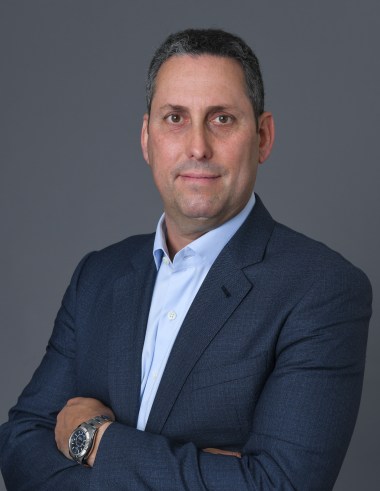 The move represents a new luxury push in the Meatpacking District, which after a period of mass-market retail is returning to a higher-end appeal. New tenants there include Bally, Loro Piana and Hermès. Many say they have been lured there by experiential neighbors like fine restaurants and The Whitney Museum of American Art.

“I’m a New Yorker and I think all of us New Yorkers know the Meatpacking District well. It’s increasingly more luxurious with brands being pulled down there. We love the location — it took a long time of us looking and I think it’s a place that’s underserved for our category,” Melnitsky said.

Tourneau is currently renovating about seven stores ahead of its name change, with the intent to revitalize its whole retail network. Among the stores first on the agenda is its famous 57th Street “Time Machine” flagship location in New York City — known by travelers and New Yorkers alike for its facade of clocks displaying times from across the world.

A renovated Time Machine store will open at the end of August — with a brand new facade. Melnitsky said the clocks will be gone, but declined to reveal specifics around what will replace them.

“The clocks are gone, but there will be an interesting new version. [The clocks] were a debated point, but I think we will bring it back in a new and interesting way that’s very high tech,” Melnitsky said. The store’s façade has also been moved six feet forward into the sidewalk.

Melnitsky said brick-and-mortar stores will continue to be an important element in Tourneau-Bucherer’s omnichannel approach to retail and intends to roll out additional stores in the coming years. He declined to reveal how many, or how the company’s sales break down between in-person and online — describing that metric as “murky” since the two experiences often inform one another.

While Tourneau has long operated an e-commerce site, the company took a digital pivot during the pandemic when it logged more than 3,000 virtual sales appointments with consumers.

In line with what other jewelry and watch companies are reporting, Melnitsky said Tourneau’s average selling point skewed upward during the pandemic. He said the company has seen steady “significant, organic double-digit growth,” over the last few years but declined to reveal specifics regarding projections as part of the merger.

“Of course, like every company, our goal in the U.S. is to continue to deliver and exceed expectations,” he said. “I think a great marriage is when two companies with strengths come together. Bucherer brings an incredibly high level, elegant Swiss approach steeped in warmth and hospitality in Europe. In the U.S. Tourneau brings an American entrepreneurial spirit. There will be a very constant and open dialog between the town groups to lend those approaches together and bring something unique. We will learn from each other in very positive ways.”