Young Chinese consumers are gobbling up the watch brands that were special to their parents' generation. 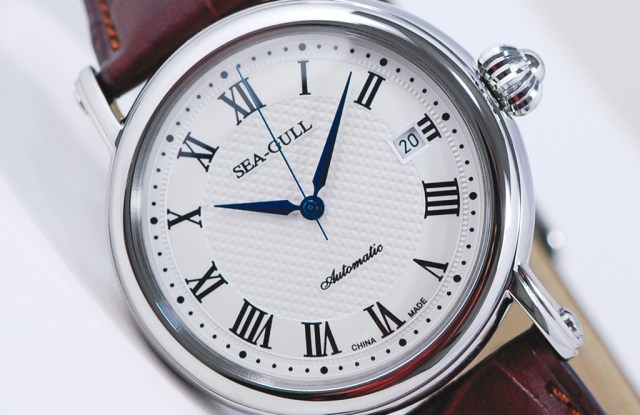 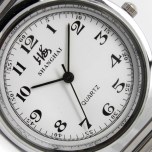 SHANGHAI — Young Chinese consumers are turning with a sense of nostalgia to the country’s past in a new watch-buying trend.

Shanghai Watch Co. and Tianjin Sea-Gull Watch Co. are two of the country’s hottest retro watch brands. While it is difficult, if not impossible, to quantify how big their businesses are — as neither state-owned enterprise discloses sales figures — they are clearly generating buzz with the younger segment of the style set, who are increasingly seeking out retro Chinese brands.

In the mid-20th century, a watch from Shanghai Watch Co. was considered one of the four “big things” every Shanghainese person should own — alongside a sewing machine, bicycle and transistor radio.

Similarly, The Tianjin Sea-Gull Watch Co., which was the first watch company in China and has been operating from its base in the seaside city of Tianjin since 1955, was once a dominant brand for China’s proletariat. Political heavyweights such as Mao Zedong and Zhou Enlai also sported the Shanghai Watch-branded timepieces prominently when meeting world leaders or touring the countryside, demonstrating their faith in locally produced watches. At the height of its popularity in the Sixties, Shanghai Watch Co. was said to sell as many as seven million watches per year, accounting for 25 percent of all watches sold in China.

But the golden age for domestic Chinese watch brands would not last forever and with Deng Xiao Ping’s “opening up” policies, Chinese watches began to decline.

With the economic opening of China, a flood of western brands entered the market and prestige watches from Europe and timepieces with cheaper quartz movements from Japan quickly eclipsed local Chinese brands. Though the Chinese appetite for consumer goods made elsewhere is indisputable, Chinese brands were able to maintain a small foothold at the lower end of the market, producing sizeable numbers of their classic, mechanical timepieces. The Sea-Gull factory in Tianjin last year produced 200,000 watches.
Currently, according to statistics published in the China-based Beijing Youth Daily newspaper, around one million watches are sold on the Chinese domestic market every year. The most profitable sector of the market is priced between $1,300 and $16,000, which accounts for around 50 percent of revenue.

These figures don’t take into account the number of watches purchased by Chinese consumers overseas. These sales are most significant in the high-end of the market (above 100,000 yuan, or $16,000) as watches in this price range are heavily taxed in China, making them much more affordable for wealthy Chinese consumers to buy when they travel.

Despite the dominance of European brands in this sector, both Sea-Gull and Shanghai Watch Co. have attempted to compete at the higher end of the market over the past five years by introducing timepieces with tourbillon movements, plentiful helpings of rose gold and faces glittering with dozens of diamonds.

The success of this strategy has been negligible, with the highest-end models, designed to compete with the best Europe has to offer, yet to find a significant market in China. In fact, Sea-Gull has only sold two of its much-touted top-end timepieces, which retail for $269,936.

Even if they aren’t cutting through with their high-end strategy, it seems that at least some younger Chinese consumers prefer homegrown alternatives and are seeking out midrange watches (retailing between $500 and $2,000) for their nostalgic value and kitschy cool factor.

“Over the past several years, I have noticed that more young people like these kind of watches. For them, it is becoming popular,” said Jing Zheng, owner of Destiny in Time, an independent watch boutique in Shanghai’s arty Tianzifang district specializing in Shanghai Watch Co. models. Young Chinese consumers make up the bulk of Zheng’s customer base, and according to her, many of them see Shanghai Watch Co. timepieces as symbols of a simpler time in China’s consumer history.

Mary Bergstrom, a consumer insights and trade consultant and author of “All Eyes East: Lessons from the Front Lines of Marketing to China’s Youth,” believes the niche appeal of traditional Chinese brands started about five years ago, with the reinvention of sneaker brand Feiyue.

She said she believes the trend is in large part indicative of a market that has developed to a point where young people are seeking their own individual style, rather than taking fashion cues from mainstream fashion media in China or overseas. The sense of nostalgia and retro styling of these brands is probably also playing a part in appealing to young people.

“Consumers today are proud to wear these brands because they know the stories behind them, personal histories passed on by their parents rather than flashy advertising or foreign models,” Bergstrom said.“Some netizens say wearing a local watch feels better than an Omega or Longines and some equate Shanghai and Sea-Gull watches as being the iPhone or Patek Philippe of their parents’ generation.”

Still, she warned that both brands will likely need to step up their efforts to continue to lure consumers in an increasingly crowded marketplace.

“These companies are not as sophisticated as competitive international brands. To be fair, they come from a time when there was no real competition,” Bergstrom explained. “To grow now, it is critical to reframe the brand and develop a strong consumer base. They need to do this carefully, so as not to compromise their niche appeal.

“Consumers are now looking less for the appeal of the exotic — they are searching for relevance.”