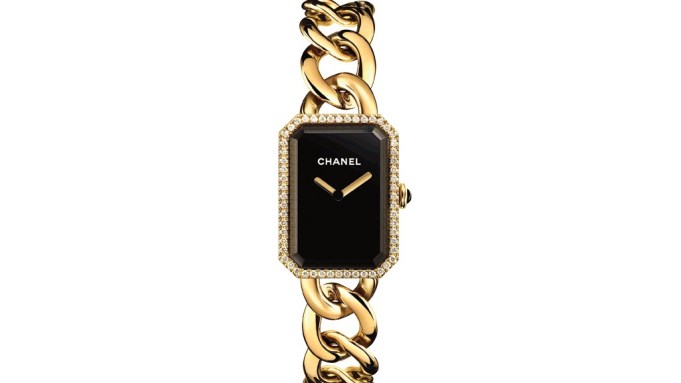 ZURICH — Every year, shoals of eye-catching new women’s watches are showcased at Baselworld. And, every year, a few proceed to meet manufacturers’ expectations and become icons, while most slip from memory.

But amid the flurry of activity at the world’s largest watch and jewelry show, some trends stand out in the big and growing women’s watch market.

Few are better placed to identify them than the retailers who have to move the metal and take a broader view than a single brand.

Most conspicuous has been the incursion of high-end jewelers, like Graff, offering women’s watches dripping with diamonds (and priced to match), and high-fashion brands, like Hermès and Chanel, diversifying from clothing and accessories into timepieces. While the latter isn’t a new phenomenon, what is relatively recent is that fashion brands are investing seriously in production themselves, making watches with better mechanical movements as opposed to turning to contract manufacturers — and as such, are being taken more seriously among the watchmaking establishment.

“There have always been incredibly expensive jewelry watches. What’s changed is the number now for sale,” said Zurich retailer René Beyer. “There are now many more customers demanding these products [who are] rich enough to afford more than one. Every brand feels obliged to have one.”

That’s not to denigrate the jewelry market. For whatever reason, sheer conspicuousness can draw buyers.

“Some people appreciate the artistry of enamelling, gem-setting or engraving. Others may simply like the fact that a watch set with diamonds makes it more noticeable to everyone around them,” observed John Simonian, owner of three upmarket stores in southern California [no relation to this reporter].

Meanwhile, high fashion brands like Chanel and Hermès, once scorned by established Swiss marques, have muscled into the market — and proved their horological credentials. Chanel’s J12 range uses innovative materials like ceramics, sometimes combined with titanium. Last November, its Premiere Flying Tourbillon — incorporating one of the most technically challenging watch complications — won the Ladies category in the Grand Prix d’Horlogerie de Genève, a respected watch prize.

“It’s clear Chanel has become a watchmaker with the same rigor and seriousness that one knows from its other activities,” said Laurent Picciotto, owner of Chronopassion in Paris. “And the couturiers have the advantage [of a broad and loyal customer base]. Some Swiss watchmakers giggled at first. But they’re not laughing now.”

Beyond the obvious entrance of jewelry and fashion brands, there are significant, but more subtle, changes, according to retailers. Most striking is the gradual emergence of watches for women who have become more knowledgeable and discerning about what goes on inside their timepieces.

“Frankly, there are two types of clients: ladies who want to buy the latest product, based on advertising and whatever is trendiest today, and buyers — perhaps with greater confidence — who are less influenced by short-term fashions,” said Margulies.

Picciotto concurred there are now many more women “who understand and care” enough to distinguish between a pricey jewelry watch, possibly powered by a cheap quartz movement, and a mechanical timepiece that might cost less but has much more craftsmanship inside.

Traditionally, consumers favoring the latter could either purchase a man’s watch — still done by many women today — or opt for the restricted range of women’s mechanical models once available — usually scaled down versions of established men’s products.

“To put it simply, many manufacturers would just take a man’s watch and make it a bit smaller,” said Picciotto.

Breguet’s oval Reine de Naples collection, unveiled in 2002 and expanded progressively since, was the breakthrough, say many retailers.

“This was something conceived from the outset as a woman’s watch. You need to think from the ground up,” said Picciotto.

“It’s really hard to call any watch a ‘man’s watch’ or a ‘woman’s watch’ any longer,” said Simonian.

“Women have finally been taken seriously by the industry,” agreed Beyer, noting, for example, the development of self-winding automatic movements for the women’s market. “Before, women had to buy men’s-sized mechanical watches if they wanted features. Now, they are asking for, and getting, the same rights as men.”

Patek Philippe’s Gemma model from its Gondolo collection is Beyer’s benchmark. Launched to acclaim in 2006 (though discontinued now), the Gemma marked new thinking at the classic brand by combining innovative design and a mechanical movement as an alternative to quartz.

“Patek is the brand that is now really handling ladies’ products in a way all brands should,” said Beyer. Not coincidentally, perhaps: Sandrine Stern, Patek’s “First Lady” (as wife of the family-owned company’s chief executive officer, Thierry Stern), has been highly influential in refreshing design — and women’s watches in particular — since becoming creative director.

The arrival of more technical elements means women’s watches have inevitably grown in size to accommodate the additional features — though there may have been a slight pullback recently. Increased dimensions have given watchmakers more scope for innovative design, too.

Van Cleef & Arpels has made waves with its Poetic Complications collection, unveiled in 2008 and expanded progressively since, with technically impressive innards and striking, highly colored dials and designs illustrating the “story” behind the watch.

“They grasped that there were many discerning women looking for mystery, for something different. Otherwise, the choice was limited to watches that were either too masculine, or too obviously feminine — in the sense of being gem-studded,” observed Picciotto.

The search for variety involves injecting ever more fashion elements.

Hublot, the brand known for its “fusion” products harnessing unconventional materials, like ceramics and rubber, and mixing them with more traditional gold and platinum, has just presented its Jeans Collection.

Only available for sale after Baselworld, the pieces combine Hublot’s distinctive style with faded blue denim straps and dials and build on some already eye-catching women’s watches.

“Hublot has drawn women buyers through its bold use of color,” said Margulies. “It’s the mix of color and materials that makes for a very contemporary watch. They’re the best thing I’ve seen in women’s watches in years.”