"Our innovation was focused on bigger, more impactful products, in large part supporting our hero franchises."

The Estée Lauder Cos. Inc. 10-year compass — to put it mildly — is working.

The internal trend prediction system has been a driving force behind one of Lauder’s best-ever years, helping guide the business toward growing categories like skin care and emerging markets. At a time when the U.S. beauty market has become shaky, the strategy has allowed Lauder to attain broad, diversified growth.

“Our strategy based on multiple engines of growth continued to be a winning model,” said Lauder president and chief executive officer Fabrizio Freda. “Our focus on strategic priorities supercharged our sales. Some examples include the robust growth of skin care, which our 10-year compass forecasted; the broad-based successful growth of our global online business; globally, three of our four largest brands grew strongly, as did many of our small and mid-sized brands; the growing number of middle-class consumers in China and other emerging markets and our dedication to serving all consumers with locally relevant products, and the rapid growth of the highly profitable travel retail channel, in which we became number-one prestige beauty company.”

In the past decade, Lauder’s gains have been monumental. In the past 10 years, Lauder has more than doubled sales from about $7 billion to nearly $15 billion, averaging an 8 percent increase per year. Earnings per share growth averaged 21 percent, the company said, and overall market share ticked up 2.3 points to 15.3 percent.

“With the foresight of our Compass work, we continue to adapt our business model to create advantages for profitable growth from changes in the external environment across channels, markets and consumer groups,” added chief financial officer Tracey Travis. “We have successfully diversified our business to win in the fastest-growing categories, channels and geographies.”

Lauder’s commitment to digital has had a big hand in the equation, helped by Leading Beauty Forward, the 2016 program the company implemented in order to reallocate resources to places that needed them, including digital. E-commerce sales are growing in the double-digits, according to the company.

“Our increased agility in resource allocation to the best growth opportunities has allowed us to be successfully nimble in a shifting industry,” Travis said. “With our recently completed Leading Beauty Forward program, we have created additional resources and flexibility to fund investments in areas such as digital marketing and analytics to fuel growth, as well as better leverage future growth across our business.”

Data and digital marketing have had a big hand in Lauder’s success, Freda noted. “Improved data analytics, combined with our longstanding creativity fueled our successful product innovations and digital marketing, which led to double-digit gains in net sales,” Freda said.

On the product side, improved analytics have led to major wins, he noted, and the company has seen record rates of product launch successes. New product launches reached made up about one-third of sales for the year, Freda said. “The number of successful launches [also] increased, as did our speed-to-market and repeat purchase,” Freda said. “Our innovation was focused on bigger, more impactful products, in large part supporting our hero franchises.” 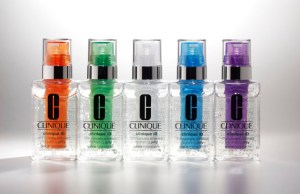 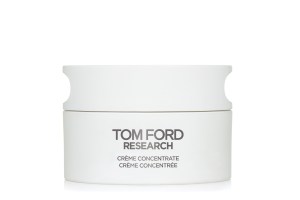 Skin care has become Lauder’s largest category, by sales. The company sold more than $6.5 billion worth of skin-care products in net sales for the fiscal year, versus nearly $5.6 billion in the prior-year period. Those gains were driven by Estée Lauder and La Mer, with a slight bump from Clinique, which launched customizable Clinique ID moisturizers in late 2018. The Estée Lauder brand continued to see success from the Advanced Night Repair franchise, and also saw gains in its Perfectionist, Nutritious, Micro Essence and Revitalizing Supreme. La Mer’s growth was driven by core products, including Creme de la Mer and a relaunched version of The Concentrate, which hit shelves in February, as well as The Treatment Lotion.

Tom Ford is also growing its makeup business strongly, especially in the Asia-Pacific region. Net sales were up double digits, with consumers continuing to shop lip color and eye shadow. In 2019, the brand also launched a “serious skin-care arm” — per Ford — called Tom Ford Research, which sells Serum Concentrate, $350, and Crème Concentrate, $450. Industry sources predicted the launch could do $30 million at retail in its first year.

Tom Ford has also been growing its international reach, and launched on Tmall in China earlier this year. It was Lauder’s biggest launch on the platform. MAC is also doing well in China, as well as in travel retail.

Online growth in China continues to fuel sales gains, and Freda has expressed that Lauder anticipates growth in the region will endure. “We believe China’s growth will remain strong, although we expect some deceleration from the rapid pace of the last two years,” Freda told Wall Street analysts in August, on the company’s most recent earnings call. “But as China’s growth moderates, we expect other emerging markets to contribute more.” He called out India, Turkey and Southeast Asia as emerging markets to watch.

One thing of particular importance to Lauder — both in China and in other markets — is the growth of the middle class.

“The growing number of middle-class consumers in China and other emerging markets embraced prestige beauty and they were avid users of our brands,” Freda told Wall Street. Fundamentals for future growth in China are solid, according to the company. “The fact that young consumers in China spend more than the older ones, the huge opportunity we have in front of us…in tier three and four cities, which is completely untapped…for luxury goods [bodes well],” Freda said.

Travel retail has been another growth driver. For the year, the channel grew in the double digits, and experienced growth across brands, regions and categories in that channel. Lauder is also benefiting from a small but growing trend called “pre-tail” where consumers order products online and pick them up at the airport when they get there. “Pre-tail is centered in Asia for now, but is expected to grow worldwide,” Freda said.

Lauder has been navigating a shifting beauty world, but has been able to post continual gains in part due to its diversification strategies.

Travis acknowledged shifts in the macro environment, but said that beauty broadly still remains a solid growth segment. “Consumers are increasingly engaged in all aspects of the category through social media channels, and technology is transforming experiences in ways that could never have been imagined just a decade ago,” Travis said.

“We are well positioned to benefit from the drivers of growth, such as the growing middle class in both emerging and developed market with the breadth of our product portfolio and our global footprint. It’s estimated the middle class with grow by 600 million people, representing greater than $5 trillion in incremental global spending power by 2028, an increase of 50 percent,” Travis said. “These represent our most enthusiastic consumers.”