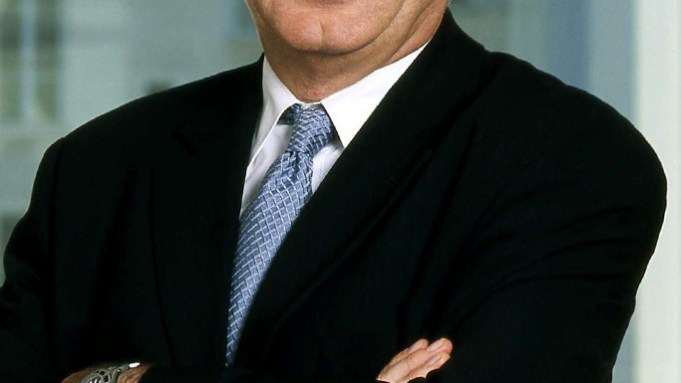 13: Balenciaga signs actress Kristen Stewart to be the face of its new scent, Florabotanica.

18: Dessange International broadens its reach in the U.S. with the acquisition of the Fantastic Sams hair salon franchise.

30: Tria Beauty, worth an estimated $32.5 million, announces its plan to go public and raise $86.3 million. The IPO was ultimately called off.

10: Succeeding his wife, Evelyn H. Lauder, Leonard A. Lauder is named acting chairman of the board of The Breast Cancer Research Foundation.

13: Liliane Bettencourt exits the L’Oréal board.

6: Christian Courtin-Clarins, president of the Groupe Clarins supervisory board, is awarded the French Legion of Honor in Paris.

12: The U.S. Environmental Protection Agency and L’Oréal collaborate on a $1.2 million research project funded by the cosmetics brand.

19: China’s State Food and Drug Administration releases a draft proposal approving the use of alternatives to animal testing for cosmetics.

12: Madonna meets her fans at Macy’s Herald Square for the launch of Truth or Dare.

10: Chanel signs Brad Pitt to be the face of Chanel No.5.

12: Dolce & Gabbana teams up with Monica Bellucci for a limited-edition lipstick collection.

5: Nexxus Salon Hair Care signs on as the first beauty sponsor of the Tony Awards.

7: WWD reports the Kardashian sisters will launch a full range of beauty offerings.

19: Walgreen Co. says it will acquire a 45 percent equity stake in Alliance Boots in a cash-and-stock transaction valued at $6.7 billion.

28: Coty files for an initial public offering that could raise $700 million for shareholders.

14: Target launches its Beauty Concierge program in 28 stores in the metro-Chicago area.

17: WWD reports that Burberry is to end its license with Inter Parfums.

25: Coty announces Bernd Beetz is stepping down as the company’s ceo; Michele Scannavini, president of Coty Prestige, is named as his successor.

26: L’Oréal says its revenues in the three months ending June 30 increased 11.6 percent to 5.57 billion euros, or $7.16 billion at average exchange, spurred by its business in North America and new markets.

6: Generating $15 million at retail in U.S. specialty stores, AmorePacific expands its U.S. reach, according to WWD.

28: L’Oréal announces its first-half net profits rose 10.8 percent and confirms it expects to outperform the market in 2012.

10: WWD reports that the Estée Lauder Cos. will launch Osiao, its first Chinese skin-care line, in mid-October.

14: Lady Gaga arrives at Macy’s Herald Square in a giant replica of her Lady Gaga Fame fragrance bottle drawn by a horse and carriage to promote her first scent.

5: Andrea Jung announces she will step down as executive chairman of Avon by the end of the year.

7: Beauty veteran George Friedman dies of a heart attack at 77.

24: L’Oréal announces the acquisition of Emiliani Enterprises, a distributor of professional hair-care products.

1: Nordstrom tests salon brand Aveda in 16 of its stores.

6: WWD reports that for the first nine months of its fiscal year, Beiersdorf registered an 11.1 percent rise in net profits, excluding special factors, to €370 million, or $474.3 million.

8: Energizer’s board approves a multiyear restructuring plan, which is expected to reduce its global workforce by 10 percent.

14: L’Oréal creates a new subsidiary in Saudi Arabia called L’Oréal KSA through a venture with the Al Naghi Group.

15: Thia Breen and Lynne Greene are named group presidents at the Estée Lauder Cos., joining John Demsey and Cedric Prouvé.

16: The founder of Bumble and bumble, Michael Gordon, is arrested on charges of tax evasion.

23: Intelligent Nutrients opens its first store, in the Mall of America.

2: Makeup artist to Oprah Winfrey, Ross Burton dies at 46 of complications from pneumonia.

3: WWD reports Brigitte Taittinger will step down from her role as president of Annick Goutal.

17: Jo Malone London moves out of the Estée Lauder Cos. headquarters into a Georgian townhouse at 52 Gloucester Place, London.

20: Natura announces it is acquiring a majority stake in Aesop.

22: Sephora makes its debut in India.