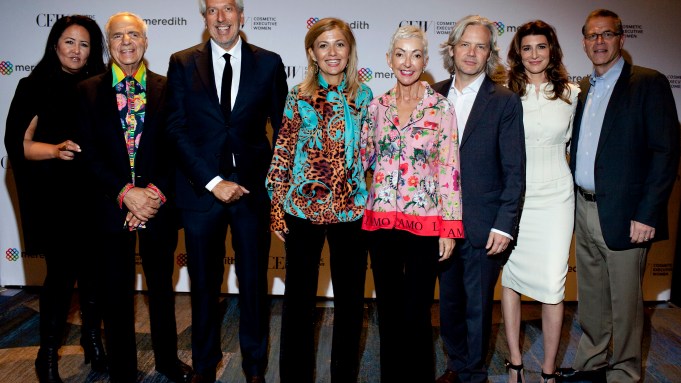 Vasiliki Petrou’s message at the Cosmetic Executive Women Achiever Awards was as vibrant as her silk shirt: “Feel the fear and do it anyway,” she told the capacity crowd.

Marc Rey, president and chief executive officer of Shiseido Americas, received CEW’s first Men-Tor award. During his remarks, he paid homage to the women on his team. “Receiving an award for mentoring from Carlotta [Jacobson, CEW president] is extremely humbling,” he said. “Everybody agrees that mentoring and empowering women is not only the right thing to do, but I’m very convinced that it’s the smart thing to do, too.”