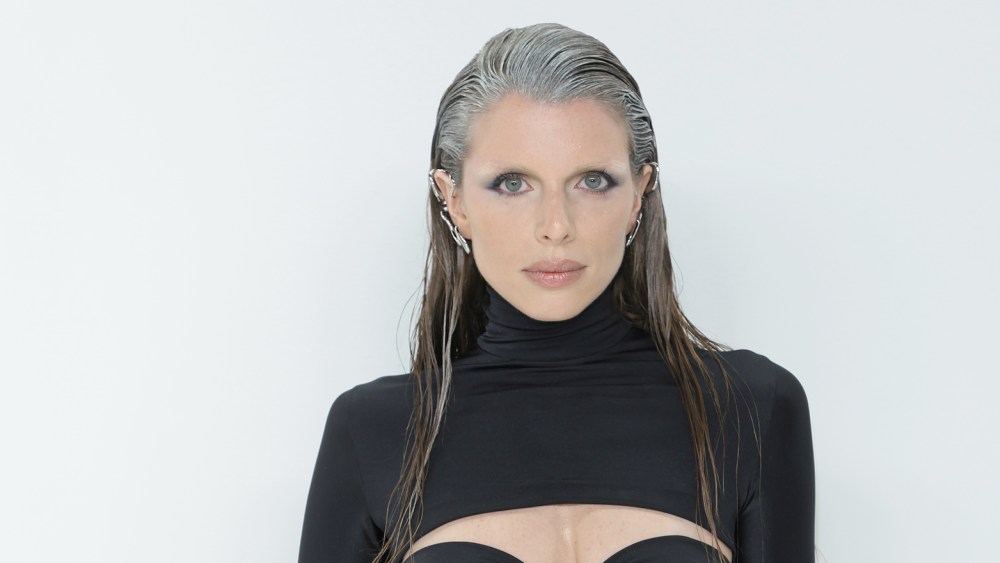 In 2022, bleached eyebrows all but defined the epicenter of cool.

The trend, which has cycled in and out of prominence since bursting into the mainstream in the ‘90s, has recently been sported by everyone from A-listers like Maisie Williams and FKA twigs, to everyday people simply looking to edge up their appearance.

The look first gained momentum when fashion designers like Alexander McQueen and Anna Sui waltzed icy-hued brows down the runway in the ‘90s. Celebrities including Jared Leto and Madonna shortly followed suit.

In his 1997 book, “Making Faces,” late makeup artist to the stars, Kevyn Aucoin, described eyebrow bleaching as a means to “soften the expression” and “open up the face.” He famously executed the look on high-profile figures like Cindy Crawford and Jennifer Anniston before his passing in 2002.

Fast-forward to this past spring, superstar makeup artist Pat McGrath bleached the brows of widely (albeit newly) recognized trend arbiter Julia Fox. (She also had a hand in crafting the actress’ signature black graphic eyeliner look, which Fox debuted earlier this year.)

“My goal was to create a look that was just as stunning as it was subversive,” said McGrath, who first dabbled with bleached brows in the early ’90s for a shoot with i-D Magazine. “The fun of bleaching brows is how it completely changes the way we perceive someone’s face. I believe that we are entering a new era where people are ready for something beyond looking ‘perfect.’”

Terry Barber, MAC Cosmetics’ global creative director of artistry, echoed McGrath’s notion that the appeal of bleached brows lies in their otherworldly, or as he put it, “almost alien,” beauty.

“It’s this idea of slightly de-perfecting your face by taking something away — there’s something about it that’s just ambiguous,” said Barber, who executed bleached eyebrows for Richard Quinn’s fall 2022 ready-to-wear show earlier this year. “Your regular brow acts as a frame for the eye, and it kind of dictates what sort of shape you do with your eyeshadow; take that away, and the world is your oyster with expression.”

This level of unhampered self-expression is resonating with consumers today, with bleached brows transcending the realm of fashion and celebrity, and permeating everyday life as more people opt into the unconventional beauty trend.

TikTok even has a popular “Light Brows” filter created by user @sashaanddiana, which allows users to easily test the bleached brow look on themselves, without the potentially daunting commitment.

Emily Claire, a hairstylist at Rob Peetoom Salon in Williamsburg, New York, has begun to offer up brow bleachings to clients who come in to lighten their hair, as a means to complete the look. “A lot of people will try the TikTok filter before the get it done for real,” said Claire, adding that clients just as often opt for a bleach-and-color combo, leaving the salon with blue, auburn or copper brows, too.

With the trend sweeping up even the Kar-Jenner clan (Kylie, Kendall, Kim and counting), who have not only long adhered to conventional beauty norms, but defined and perpetuated them, it seems bleached eyebrows — while perhaps not for the faint of heart — are here to stay.

Here, a look at the trend through the decades.