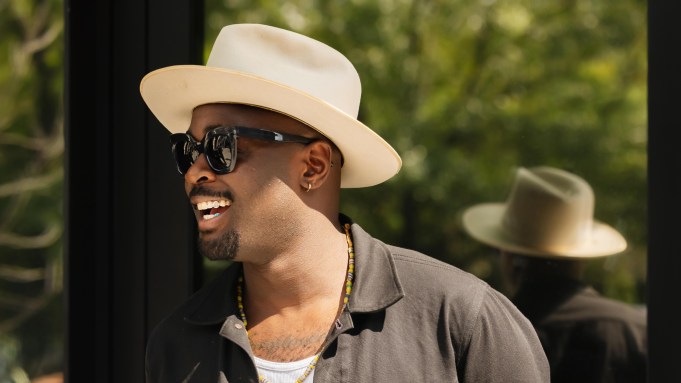 Grooming company American Crew launched the annual event on Aug. 17, 2007, to celebrate barbers and stylists and their contributions and dedication to the men’s grooming space, according to American Crew founder David Raccuglia.

“For the first year, we really wanted to give salons and barbershops worldwide the opportunity to host grooming events to showcase their dedication to the craft and their clients,” Raccuglia added. “The barbershop is a place where men visit before every major occasion in their lives, from school photos to job interviews to their wedding day. They are a melting pot of diverse backgrounds, life events, and personalities — but ultimately, they provide men a space to separate themselves from their everyday and to become a better version of themselves through their grooming practices. So this is what we really wanted to celebrate and create awareness around.”

Since 2007, National Men’s Grooming Day has been every third Friday in August. Over the years, American Crew promoted the day with events and promotions on services catered to men. This year, the brand launched their Regimen campaign, tackling the foundation of men’s grooming and focusing on the importance of a daily regimen for men. They also have a 20% off promotion on their styling on their website.

The men’s grooming landscape looked much different in 2007 compared to today. For one, mainstream grooming habits and practices in the late Aughts were practical and efficient. Your hair or beard gets too long so you cut it or style it according to trends. You start to show gray hair and dye it a darker color. Products served many purposes like washing the body, hair and face, and were marketed and sold as 2-in-1 or 3-in-1 products. It was also taboo to care too much about your look at risk of being deemed too pretty or less masculine.

But today it appears all bets are off compared to when American Crew kicked off National Men’s Grooming Day 15 years ago or even when the brand started almost 30 years ago.

“Today’s men’s grooming landscape is thriving,” Raccuglia said. “Men have found that both paying attention to their grooming habits and listening to their Pro’s recommendations has made a great impact in their lives. Men today are much more in tune with their personal style than they were decades ago.”

Today, there is space for skin care products like face washes, moisturizers, serums, toners, face masks, lip balms and eye creams that are growing in popularity, beard products and hair styling gels and pomades, and more niche products for manscaping, nail polish from brands like Faculty, razor bumps, in-grown hairs, makeup and supplements. Celebrities and influencers helped move the grooming and personal care conversation along, tying it to self-care and using grooming as a practice for men to slow down, check in with themselves and prioritize their mental health. Companies like Harry’s and movements like Movember are leading this conversation as well.

Modern men became increasingly interested in their grooming and personal care habits post-recession, styling their hair and facial hair for retro Americana styles like curled mustaches and dabbled in skin care brands like Kiehl’s as recommended by consumer magazines. This opened the gateway to more practices.

As the 2010’s progressed, men turned to skin care brands to take their grooming practices further. Suddenly the practical routine of trimming and shaving your beard now includes a dedicated face wash and a moisturizer for the day.

But with social media, men are becoming more comfortable owning their skin care practices that goes beyond their hair and facial hair, trade tips on how to better manage their skin and be more open about how they maintain their magic.

Also, trendiness is a much broader spectrum allowing men to embrace individuality. One man’s fade haircut (short on the sides and high on top) paired with a five o’clock shadow is deemed as acceptable as deep waves and a goatee. During lockdowns due to COVID-19, men took more time to experiment and home in on what works for them from their beard lengths to hair dye and finger nail painting and trying products targeted toward women, bucking gender norms.

And what we’re seeing, on the 15th year of National Men’s Grooming Day, is a more expressive group of men stepping into who they are and not who they’re supposed to be.