The LVMH-owned luxury brand is supporting an exhibition at Milan's Palazzo Cusani. 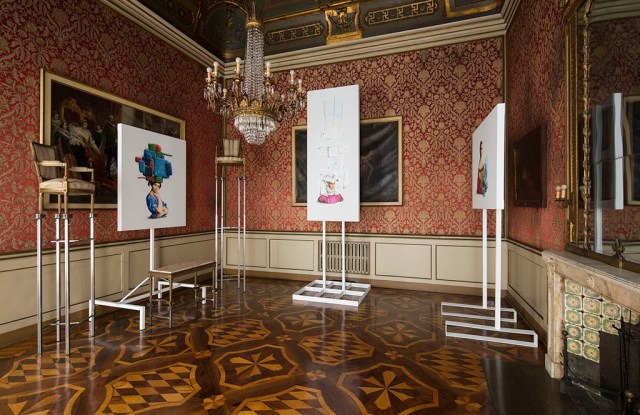 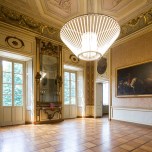 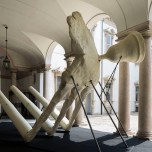 While the near-centenarian Acqua di Parma, which has been part of LVMH Moët Hennessy Louis Vuitton since 2001, has been an active supporter of dance, theater and music for many years, this is the first time the company has chosen to focus on contemporary art in particular. The theme of the exhibition is “I’ll Be There Forever: The Sense of Classic,” which Piccoli noted is deeply embedded in Italian culture, as traces of past civilizations are still visible across the peninsula.

“Classical elements characterize our landscape, architecturally, historically and artistically,” she said, adding that artists often absorb this inspiration without being fully aware of how it will emerge in their works.

“It’s not a citation, it’s not a model, it’s not a rule — it’s a cultural stratification that one can perceive in the works,” Piccoli said.

Gabriella Scarpa, who is president of both Acqua di Parma and LVMH Italia, said “giving value to Italy’s artistic and cultural heritage is a fundamental mission of Acqua di Parma,” which strives to maintain its traditional artisan identity while also appealing to a more modern customer base. Acqua di Parma is best known for its upscale colognes, but also sells candles, shaving products and assorted bath, beauty and wellness accessories.

Against the 17th-century backdrop of Palazzo Cusani, many of the works on display cut a striking figure, such as Garutti’s “Fulmini,” an LED chandelier equipped with a computer and Internet connection: the piece, produced in collaboration with the Centro Elettrotecnico Sperimentale Italiano, is wired to light up anytime there is lightning activity in the area.

Another room housed Barba’s “The Hidden Conference: About the Discontinuous History of things We See and Don’t See,” a trio of video panels showing footage from the archives of the Tate Modern in London, the Capitoline Museums in Rome and the Neue Nationalgalerie in Berlin.

The Ministry of Foreign Affairs, City of Milan and Brera Academy of Fine Arts also sponsored the exhibition; entrance is free.