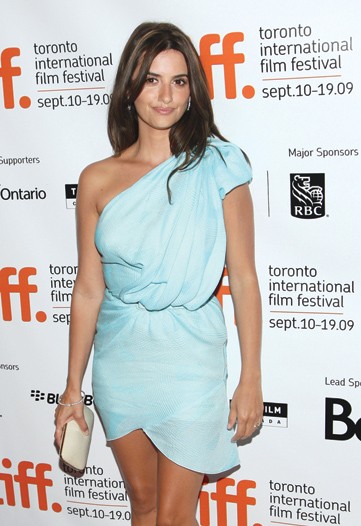 Kicking off with the People’s Choice awards on January 6 and culminating with the Oscars on March 7, the upcoming movie awards season has the potential to be the most people pleasing in years. There are big movies (James Cameron’s Avatar), big stars (Meryl Streep and Penélope Cruz are among the top acting contenders) and possibly big upsets (the Academy’s doubling of the number of best-picture nominees to 10 is a wild card). There are also newcomers to root for. Virtual unknowns Carey Mulligan and Gabourey Sidibe, to name two, are wowing audiences in An Education and Precious, respectively. Because looks matter as much as talent in Tinseltown, we asked some insiders for a preview of what to expect beauty- and fashion-wise on the red carpet this year. Like the economic environment, Hollywood hasn’t yet regained solid footing. It’s uncertain if the public craves an escape or a dose of reality, meaning many celebrities are expected to reach for a glamorous middle ground. Still, look for some surprises. Predicts Giuliana Rancic, host of E News: “There are going to be a lot of risks taken.”

Madeline Leonard, agent, Cloutier Agency in Los Angeles
“I don’t think we will be back to the height of the glam and glory of the past, but people are ready to get excited again.…[Still,] I don’t think [hair and makeup budgets] will be moving up. I would say they are pretty flat.”

Giuliana Rancic, host of E News
“There is a lot of buzz around Gabourey Sidibe from Precious, and Marion Cotillard for Nine.…This could be the year of the female because there are a lot of potential female director nominees.”

Scott Feinberg, awards analyst with blog And The Winner Is
“The big discovery of the year is Carey Mulligan. She is the star of An Education and, in my opinion, is the front-runner to win for best actress. She reminds me of Audrey Hepburn. She can appear both very young or womanly, depending on how she is dressed and made up.”

Pati Dubroff, makeup artist
“There is so much buzz around Precious. The women that could be nominated aren’t the red-carpet beauty norms. That is going to say a lot to the people who are watching, and it also might open doors so a lot more people watch.”

Jeffrey Paul, makeup artist and hairstylist
“It is going to be about the inner strength of women. We have Nora Ephron and Meryl Streep with Julie & Julia, Hilary Swank with Amelia, Emily Blunt in The Young Victoria, Penélope Cruz in Broken Embraces. Overcoming adversity is definitely going to be a feeling and theme.”

Angela Levin, makeup artist
“I am leaning toward simply pretty and featuring the full face. There isn’t going to be one particular thing that is going to catch your eye, like, ‘Oh, it’s the lips or eyes.’ There are going to be some grays, blues, olives and
copper tones—all the many different colors within the natural earthy colors.”

Molly Stern, makeup artist
“A lot of women have been going more neutral on the red carpet. There are such insane gowns that the beauty crew is leaning toward a more neutral vibe and picking up on the fashiony version of the warm, healthy, glowing cheek.”

Shane Paish, makeup artist
“We will be seeing antique vintage, muted colors. It feels very Thirties and Forties to me. You see color, but it is not so bright. The colors are soft and work with everybody’s skin tone and eyes.”

Jillian Dempsey, makeup artist
“Everyone tries to aim for glamour. They’ll try to achieve that with a punchier lip color. I’m not talking about the Goth black, but pinky reds and things that will pop a bit more.”

Jo Strettell, makeup artist
“We will do a smoky eye, but it will not be dark and intense. It is more of a wash of a smoky eye. The only intenseness is with the mascara.”

Enzo Angileri, hairstylist
“I will be within the parameters of simplicity. There’s a little bit of Asian [influence]. The hair is very shiny with finger waves. If you have an updo, it has lots of shine, almost with an enamel feeling.”

Kimberly Kimble, hairstylist
“Nobody looked more glamorous than women in the Thirties and Forties. It will be a modern take on that. It is a little bit of waves, but not loose texture. More sculpted soft, more defined. A lot of half-up, half-down hair.”

Rita Hazan, hair colorist
“Because fashion is so bright, we’re going to see a lot of subtle colors, tone-on-tone, mostly one color with some highlights.”

Richard Marin, hairstylist
“Everyone is asking for more coiffed looks—French twists or chignons. People want to keep it clean and really done. It is a complete shift.”

Cristina Ehrlich, stylist
“In fashion in the high-end red-carpet arena, there’s a lot of theatricality, a lot of long sleeves even on women who you never thought would ever wear sleeves. The new cleavage is becoming the back. For the dresses, a lot of women are looking at short, sexy dresses. The long dresses are more about a sleek silhouette.”

Neil Lane, jeweler
“I see a lot of interest in a vintage vibe, darkened metal, a cool glow that’s not always in your face. It is softer on the clothes. It might blend in better and act as an accent.”

George Kotsiopoulos, stylist
“What I’m sensing in the whole red-carpet thing is that all these girls are a bit bored with looking pretty. It has to be something more to it. Women are taking more chances, which makes the red carpet more interesting.”