The desire to stay forever young promises to drive the country’s skin-care industry, and demand for China-specific products, for decades to come. 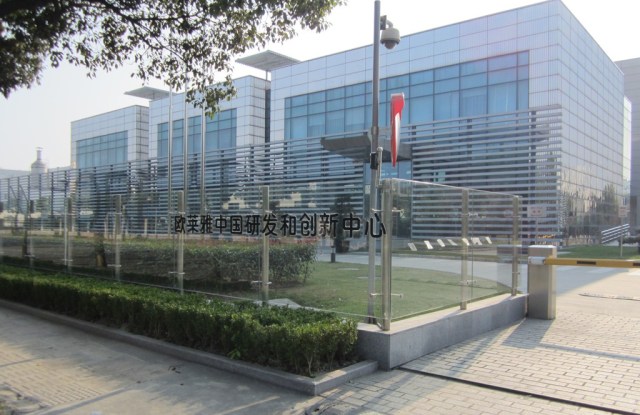 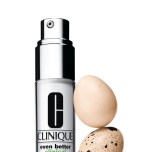 BEIJING — Wrinkles, age spots, firmness, whiteness, moisture — middle-aged Beijinger Xu Ran has plenty to worry about when it comes to her skin.

This story first appeared in the December 20, 2013 issue of WWD. Subscribe Today.

Those worries translate into big spending, according to recent findings. In an average month, she spends a whopping $328 on beauty products, Xu said, while shopping at a Sephora in one of Beijing’s ritzy shopping districts. That equates to more than one-third of the average monthly salary in Beijing for 2012, according to city government statistics.

She began using skin-care products at least a decade ago and spends more on her skin with each passing year. In China, millions of women — and many men — are on the same trajectory as Xu.

After decades of the one-child policy, China’s over-50 population is ballooning as the younger population shrinks. The country’s rapid development in the last 30 years means for the first time this older age group will have spending power. In turn, the desire among China’s aging to stay forever young promises to drive the country’s skin-care industry, and demand for China-specific products, for decades to come.

“Beauty products will become increasingly power players,” said Michel Phan, an associate professor of luxury marketing at Emlyon Business School in Shanghai. “When people have more high disposable income, of course they will look for more high-end beauty products to spend on.”

During the course of this decade, China’s over-50 population will grow by 39 percent, or 128 million, according to U.N. figures. The elderly population is expected to peak after 2050, by which time China will be the most aged society in the world.

Older Chinese will buy more cosmetics, particularly skin-care and antiaging products, areas that still have considerable room to grow. China is already the world’s largest market for skin-care products, but per-person spending on such products is one-quarter of what it is in the U.S., according to investment bank CLSA.

Cosmetics companies are hoping to capitalize on China by offering products that address unique Chinese concerns: spots, whiteness and firmness being larger concerns than wrinkles.

The Estée Lauder Cos. Inc., for example, says its Clinique Even Better Clinical dark-spot corrector has proven popular in China for just that reason. Among products for men, L’Oréal has found success in China with the moisturizer Men Expert Multi-Action 8, which it claims is the top-selling men’s product in the country.

As for the female customer, Estée Lauder estimates 94 percent of women in China use some form of skin-care product, while only about 15 percent use makeup. Skin care is the larger line of business for cosmetics companies in China in general.

“The irony of the Chinese woman is that she starts being very concerned about aging actually unusually early,” said Fabrice Weber, president of the Asia-Pacific region for Estée Lauder.

American and European women might not say aging is a serious concern until age 45, when the effects are visible. However, Chinese women will likely tell you in their late 20s or early 30s that they are already thinking about how to slow down the aging process.

In China, women age 33 to 45 are the key demographic spending the most on beauty products, according to Estée Lauder executives. These women will soon be hitting “the sweet spot of the beauty business” as they age past 50, and that presents a huge opportunity for companies selling skin-care and antiaging products, Weber said.

The more these women and men age, the more they are likely to spend. They will buy more expensive products that claim to have more advanced antiaging technology to fight the ever-more-visible signs of aging.

Estée Lauder views this as more of a long-term trend than an immediate shift, as the company estimates 5 to 7 percent of its customers are currently over 60, what it calls its “ageless” category of consumers.

“Youth is very important for people’s continued journey of professional advancement, so anything that is going to help people remain or appear vigorous or dynamic, those products will work,” said Tom Doctoroff, advertising firm JWT’s chief executive officer for Asia-Pacific.

Most of the businesspeople who lead China’s growth in the reform era have been relatively young, under 50. But they’re not as young as they used to be. “I do think that you have a newer segment of older people who are still professionally robust,” said Doctoroff, who is based in Shanghai and is author of “What Chinese Want.”

Chinese generally spend more on purchases that can be used as public status symbols, he said. For example, a Chinese businessman may stretch himself financially to buy a luxury car that will make him appear successful to his peers, while buying off-brand household items that won’t be seen in public.

Skin-care products help project a image that is used as a tool for professional and social advancement: Healthy skin and a youthful appearance are signs of success. As Doctoroff puts it, “Your face is you.”

And Chinese faces are different from those in the West.  Chinese are more concerned about spots on their skin, a natural result of aging but one viewed as a sign of poor health, than they are about wrinkles. White skin is also seen as ideal.

To address these concerns, L’Oréal has added Mexoryl, an agent that filters ultraviolet rays that damage skin, to all of its formulas tailored to China. But many Chinese may still be unaware that UV filters are important to preventing spots and keeping skin white.

“For example, if you compare China with Korea or Japan, there’s virtually no Korean or Japanese women who would go out in the street without wearing what they call a UV blocker,” said Alexis Perakis-Valat, ceo of L’Oréal China. “That’s not at all the case yet in China.”

The company has been working to educate Chinese consumers, whether in the store or through advertising, about UV filters.

L’Oréal has a research and development center in Shanghai that makes antiaging and skin-care products, among other items, for China.

“We’re trying to work more on the product side than the marketing side,” Perakis-Valat  said.

How successful L’Oréal or Estée Lauder has been in developing China-specific products is hard to discern. When asked to list their best-selling products in China, both generally were overwhelmingly dominated by products that are also top sellers elsewhere in the world. Masashi Kamata, chief area managing officer of China, said Shiseido is mainly targeting Chinese consumers in the 20- to 40-year-old age bracket, but the cosmetics market for consumers over the age of 60 is going to grow significantly.

“We consider [the] antiaging market as one of the most important fields to be explored,” Kamata said, adding that the company is placing a lot of emphasis on the Aupres and Urara brands in China. While the Japanese company isn’t specifically marketing those brands to older people, some customers are buying antiaging products like eye cream. Kamata said Chinese women are very conscious of bagginess under the eyes, and eye products sell particularly well in China.

“As the skin around your eye area is thinner than the other part, it tends to be affected by aging,” he said. “However, it is probably only in China that people are concerned about ‘eye bags’ in particular.”

Kamata said Chinese women, like their Japanese counterparts, want to brighten their skin to counter the effects of aging. But he added that some Chinese women avoid using foundation and consider it a burden for their skin, rather than something that beautifies and protects.

The executive said the company is making an effort to reach out to older consumers at its beauty counters in China. “As elderly people are less familiar with the Internet, we are emphasizing counseling at the counters using beauty equipment,” he said.