A fashion icon she is not. Nevertheless, Madeleine Albright’s accessories collection could prove to be one of the most influential in American history. 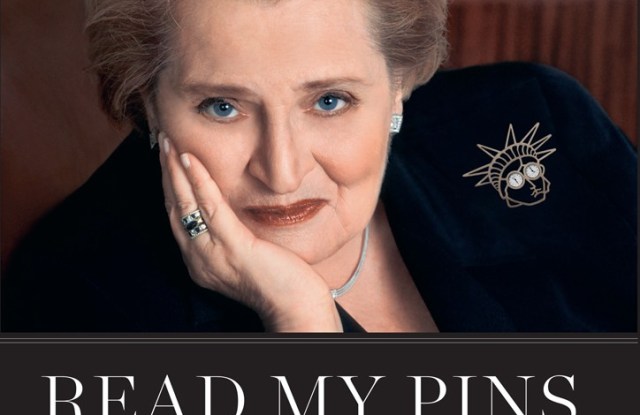 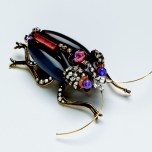 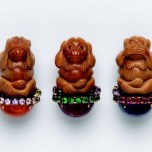 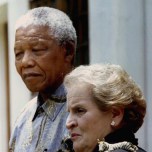 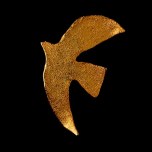 A fashion icon she is not. Nevertheless, Madeleine Albright’s accessories collection could prove to be one of the most influential in American history.

After penning three so-called “serious” books — “Madam Secretary: A Memoir,” “The Mighty and the Almighty: Reflections on America, God and World Affairs” and “Memo to the President: How We Can Restore America’s Reputation and Leadership” — the diplomat and the 64th secretary of state has taken a more “serendipitous” approach to articulating her thoughts on foreign affairs through her brooch collection.

Albright’s latest tome (Harper Collins, $40), underwritten by St. John Knits and Bren Simon, is titled “Read My Pins: Stories from a Diplomat’s Jewel Box.” It tracks how the country’s first female secretary of state used brooches as symbols of her mission, stance and more often than not, her mood.

It all started with Saddam Hussein.

After being dubbed an “unparalleled serpent” in a propagandistic Iraqi government poem in 1994, Albright wanted to send a subversive message of strength when meeting Iraqi officials. So during their meeting, she donned a gold pin depicting a snake coiled around a branch and a small diamond hanging from its mouth. The Iraqi officials and the press corps picked up on the message, and Albright realized she was onto something.

“I always loved jewelry,” said Albright. “I thought, well, this is fun. I was in New York where there are lots of places to buy wonderful things…and I bought jewelry that I thought described what we were doing. On good days it was flowers…on bad days it was spiders and bugs.”

Albright doesn’t claim to be a fashion plate, but took a liking to accessorizing with brooches when she discovered they could liven up a government official’s requisite staid suit.

“I don’t think you can wear an awful lot of rings, and necklaces get hidden by collars,” she said. “Pins come in huge varieties. I’m not into high fashion, but I do think it’s important to look nice.”

Albright’s collection of 300 pins is depicted in the book, which hits shelves this week. There is everything from a button from John F. Kennedy’s 1960 presidential campaign to more serious jewelry pieces, like a gold and pink tourmaline Verdura brooch and a celestial Cartier piece with moonstones, chalcedony, aquamarines and diamonds.

Some of Albright’s most politically notable pins include an amorphous gold dove pin given to her by Leah Rabin, wife of slain Israeli Prime Minister Yitzhak Rabin; an optimistic enameled blue bird with diamonds that she began to wear with wings downward in 1996 when Fidel Castro’s air force shot down four Cuban-American pilots in international air space off the Florida coast, and her “Hear No Evil, Speak No Evil, See No Evil” trio of pins used to chide Russian President Vladimir Putin for his failure to acknowledge human rights violations committed by the Russian military in the violence-plagued region of Chechnya.

“My niche is to explain foreign policy that average people find interesting,” said Albright, recently back from a speech in Siberia.

She serves as chair of Albright Stonebridge Group, a global strategy firm, and chair and principal of Albright Capital Management LLC, an investment advisory company focused on emerging markets.

She plans to make an appearance at the Museum of Arts and Design in New York on Tuesday evening for the opening preview of “Read My Pins: The Madeleine Albright Collection.” The collection will then go on tour at selected venues across the country.

Out of all of her pricy brooches and valuable historical ones, Albright’s favorite is a painted clay heart that her daughter Katie made.