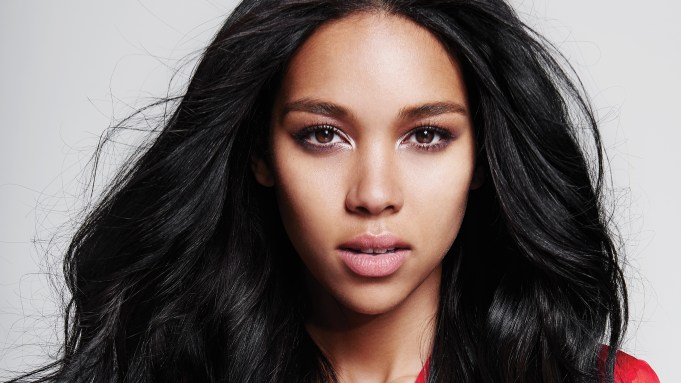 When Alexandra Shipp learned she’d have to shave her head for her role in this summer’s X-Men: Apocalypse — she appears as a teenage Storm, Halle Berry’s character in the franchise — there was little trepidation on her part.

“I was like, ‘Yep, let’s do it, that will be so much fun!’” says the 24-year-old actress, whose breakout role was playing the R&B singer Aaliyah in the 2014 Lifetime biopic. She recently released a single of her own, with plans for more this year.

Shipp maintains a low-key approach to beauty — her daily routine consists of CC cream, Anastasia Beverly Hills’ Brow Pen and L’Oréal Colour Riche La Lacque Lip Pen in Lacque-y You, a strawberry-red shade. She also favors oils and masks from natural lines like Éminence and Caudalíe. Though the Phoenix native, who just bought a house in Los Angeles, occasionally misses some of the fun parts of having long hair — especially curling irons, French braids and getting blowouts — she’s going with the flow on her current look.

“It’s about an inch long, and I’m doing this cute Mia Farrow in Rosemary’s Baby thing. I’m loving it,” she says. “It’s going to be nice for summer.”