Anatomy of: The Now Brow

Thanks to supermodel Cara Delevingne, brows have become a big business.

By Jenny B. Fine and Anna Dysinger on May 1, 2015
View Slideshow 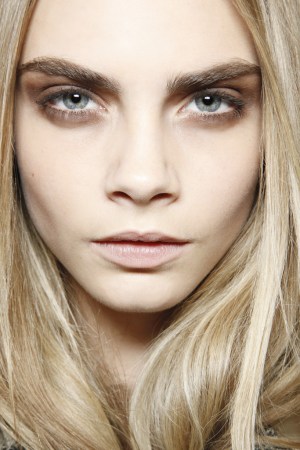 Cara Delevingne’s brow is thick, but its shape, which forms almost a heart-shaped frame for her face, is classic, said Robert Sweet William, the resident eyebrow specialist at Barneys New York. The thickness is also counterbalanced by a generous eyelid. “Usually people try to push their arches up, to give them more face. Cara has it naturally.”

Brows should always be straight, arching slightly over the pupil and extending out toward the ear rather than down toward the mouth. “The brow bone curves, which gives the illusion of a curved brow,” added Sweet William. Beware of the round brow (or, worse yet, the comma). “You’ll look either permanently surprised or excited,” he sniffs.

There’s never a hair out of place on Delevingne’s brows. Sweet William is known for his trimming technique, which eliminates any strays: First, he brushes brows up and cuts the top line to take the bulk out, then he brushes them down and snips the stragglers. “There should never be any hair sticking out,” he said.

Dark brows are unflattering on all but the most young and beautiful. Sweet William likes to fill in brows with a pencil a couple shades lighter than the hair, noting, “This enhances without overpowering.”