To mark the partnership, the label will also launch a limited edition of its signature Lip Maestro product.

Actress Cate Blanchett attends the premiere of the film "A Star Is Born" wearing Armani Privé during the 75th Venice International Film Festival in Venice in 2018.

MILAN — Armani Beauty will be the main sponsor of the upcoming Venice International Film Festival, running Aug. 28 to Sept. 7.

This is not the first time the label will support the event, but the 76th edition of the festival will mark the brand’s debut as the main sponsor, implying that Armani Beauty will be the official makeup provider for all the guests walking the red carpet and will have a branded booth at Palazzo del Casinò, where the film screenings are held.

To mark the partnership, Armani Beauty will launch a limited edition of its signature Lip Maestro product. For the occasion, the liquid lipstick’s red shade 400 will be upgraded with a gold touch both in the formulation and packaging. The product will hit the shelves at the end of August with a price tag of 36 euros. 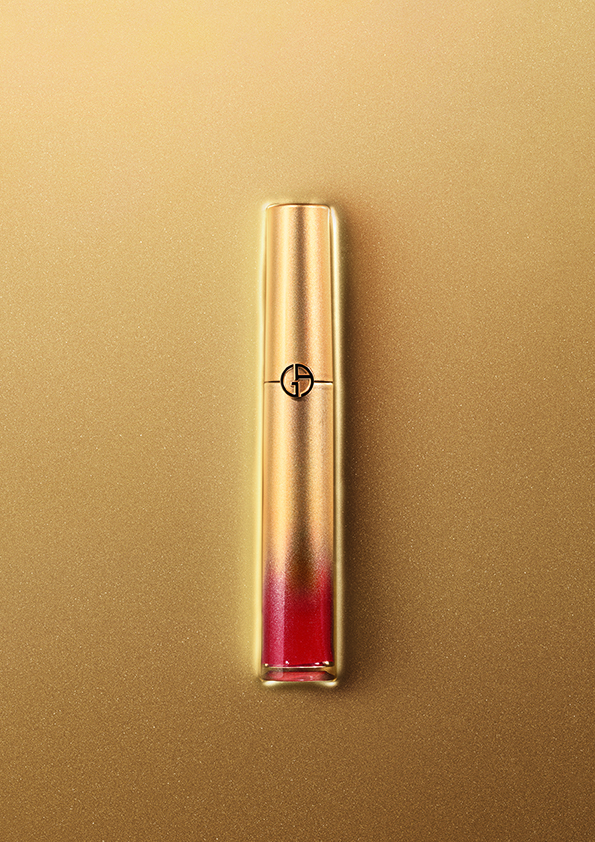 The sponsorship of the Venice International Film Festival further strengthens the bond between Giorgio Armani and the world of cinema.

In addition to the Venetian event, Armani Beauty supports the Shanghai International Film Festival and the Hong Kong Film Awards. Faces of the cosmetic label include Academy Award-winning actress Cate Blanchett, who has been fronting the brand’s Sì fragrance franchise since 2013 and was named the brand’s first global beauty ambassador to represent all beauty categories last year; “Deadpool” actor Ryan Reynolds, who fronts the Armani Code advertising campaign, and Chinese actress Zhong Chuxi.

The Giorgio Armani Fragrances and Beauty business has been part of L’Oréal’s Luxury division since 1988. As reported, last year the two companies agreed to renew their beauty license until 2050.

In general, over the years Giorgio Armani has created the costumes for a range of movies, from, most famously, “American Gigolo” in 1980, creating a wardrobe for Richard Gere, to “The Untouchables,” “Gattaca,” “Stealing Beauty,” “Shaft,” the “Batman series,” “The Tuxedo,” “De-Lovely,” “Ocean’s Thirteen,” “Fair Game,” ” The Social Network,” “Mission Impossible: Ghost Protocol,” “A Most Violent Year” and “The Wolf of Wall Street,” to name a few.

The designer’s passion for cinema was further expressed with initiatives held at the company’s Armani/Silos space in Milan. These included filmmaking workshops offered free of charge and supported by Italian directors Giuseppe Tornatore and Luca Guadagnino, among others, and last year’s “Vite Straordinarie” film series, the screening of six biopics focusing on the lives of key personalities in the worlds of cinema, photography and music that aimed to investigate the psychology of their creativity.

As reported, Giorgio Armani was also recently named president of the jury for the sixth edition of the Fashion Film Festival Milano, which for the first time won’t take place during Milan Fashion Week but is scheduled Nov. 6 to 10 at the Anteo Palazzo Del Cinema theater in the heart of city’s Brera district.