The annual event raised $350,000 for the Marc Rosen Scholarship and Education Fund for Packaging by Design. 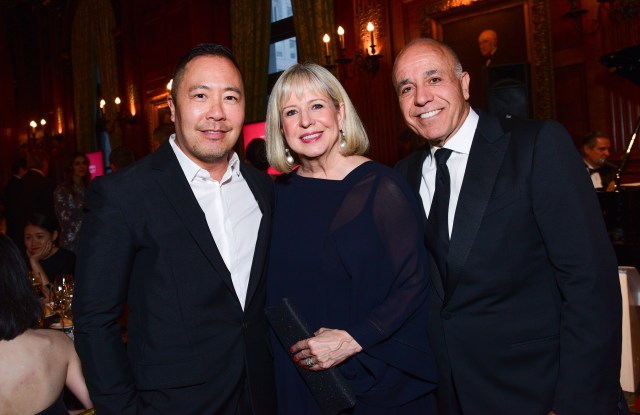 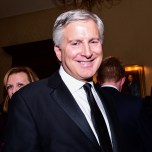 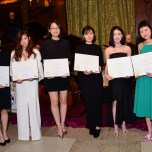 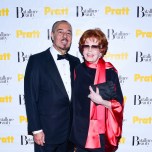 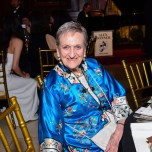 What went around almost three decades ago came back around Tuesday evening at Manhattan’s University Club for Robin Burns-McNeill.

As Marc Rosen made the closing remarks Tuesday night at the Art of Packaging Gala, he noted that one of the evening’s two honorees had once been the presenter.

“For our first Art of Packaging dinner only 28 years ago, Robin introduced our [first] honoree, Pierre Dinand, a great French designer. How wonderful [is it] to be honoring Robin so many years later?” he mused. “Robin, you look just the same.”

The Packaging Award lauds packaging and bottle design in fragrance. Burns-McNeill was honored at this year’s event, along with her partner Sam Ghusson. The industry veterans are the cofounders of Batallure Beauty, the firm behind Christian Louboutin Beauté, Derek Lam’s 10 Crosby fragrance line, Elizabeth and James, and Robert Graham, among others.

Organized by the Pratt Institute, the gala supports the Marc Rosen Scholarship and Education Fund for Packaging by Design. This year’s dinner drew 260 people and raised more than $300,000, increasing the total scholarship fund to $3.5 million. Students from around the world apply online to enter  Rosen’s graduate level course in packaging design at Pratt. Based on their work, six students won $2,500 merit awards and a seventh was granted a $50,000 full scholarship.

“[Sam] and I started our relationship at Calvin Klein, and believe it or not we were the young Millennials of our day — breaking rules, being disruptive and celebrating much success,” said Burns-McNeill, who as chief executive officer of Calvin Klein Cosmetics launched the Calvin Klein Eternity and Obsession fragrances. “I realized that Sam was a really special person — his operations expertise, his relationships with people, his big heart. He’s the perfect partner you’d want in business.”

Burns-McNeill lavishly praised Rosen as “the industry’s packaging design extraordinaire, a man of great heart and generosity and a great friend.”

When he took his turn at the microphone, Rosen described Burns-McNeill as “the original disruptor and continues to be this day.” In addition to paving the way for the ascent of women executives in the industry, she broke ground in product development and marketing. “Where sameness prevails,” Rosen said, “Robin and Sam have dared to be different.”

The evening began with a fashion faux pas. Derek Lam, who later presented the honorees, walked into the University Club and was told he needed to be wearing a tie. He was well aware of the dress code of Manhattan clubs. “I appreciate the tradition,” he said. But the rule apparently slipped his mind. Lam quickly borrowed a tie and made his way upstairs to the dinner.

Of Burns-McNeill and Ghusson, Lam later said, “To command a space as crowded as the fragrance world can be a testament to the creativity, dedication and authenticity of which they’re all about.”