Artis is quickly becoming the authority in the makeup brush space – with distribution ranging from HSN to Neiman Marcus and Cos Bar. 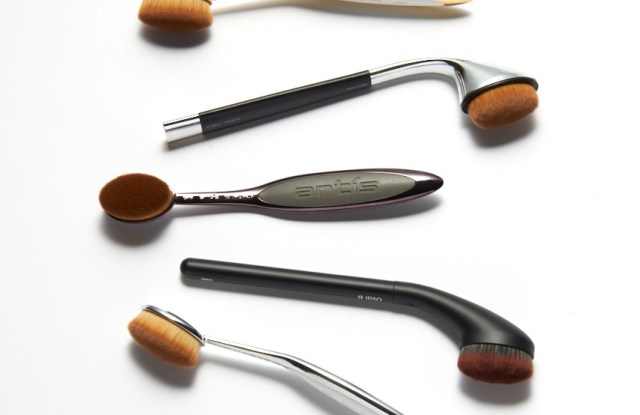 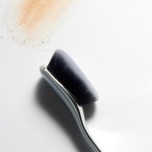 People are going to great lengths to achieve a flawless face — digitally via apps like Facetune that give photos that perfect, airbrushed look, all the way to real life, often costly, in-office procedures — but it might be easier than that.

This was Matthew Waitesmith’s thinking, at least, when he turned his focus to a category that virtually no one paid attention to: the makeup brush category. Makeup and skin care are privy to endless innovations and technological advances, he said, but the tools designed to apply them have remained the same. Yes, any leading beauty brand today sells brushes to accompany product, but the application tools are always an afterthought.

This was the impetus for creating Artis, a line of makeup brushes created from a patented CosmeFibre developed by Waitesmith — where each fibre, which tapers down to just three microns in diameter, could only be measured using an electron microscope. For comparison, a human hair has a diameter of 75 microns.

“There are a quarter of a million fibers in that brush,” Waitesmith said during an interview at the brand’s headquarters here in Washington Square Park last month, holding up an Elite Mirror Oval 10 brush. “The average hairs on a human’s head is about 120,000…[so our] largest brush, which is considerably smaller than a person’s head, has more than twice the fibers.”

And twice the fibers that are expressly designed for one thing: the application of makeup and skin-care products, inclusive of powder, cream and liquid. Waitesmith is big on demonstration, and he showed that an Artis picks up product evenly throughout the brush head and is able to transfer this to an even application on the face — with little to no waste.

A bundle of fibre — the majority are round or oval shaped — are affixed to a handle that’s sleek, ergonomic and evenly weighted. Finishes range from silver mirrored to 24-karat gold-plated and range in price from $35 for a Circle 1 brush to a Fluenta 9 Brush Set for $450.

Waitesmith spent two decades at MAC Cosmetics before retiring in 2008, but felt so passionate about the project that he came out of retirement to develop and bring these makeup brushes to market. The line debuted with the Elite Mirror Collection in May of 2014 on artisbrush.com.

“We accomplished a lot [at MAC], but the one thing I didn’t think was still right was the applicator part of it. We were still promoting tools that weren’t makeup brushes; they were art brushes,” he said.

Net-a-porter was the first retailer to pick up the line, and now the range is carried in 250 doors, including Bergdorf Goodman, Neiman Marcus, Saks Fifth Avenue, Dillard’s, Space NK and Cos Bar. Today, a new range — the Digit collection — will enter 25 Nordstrom stores to start, said Jeremy Adelman, managing partner at Artis, and expand to additional doors next year.

The Digit brushes are shaped like a finger that’s bent during makeup application and contain a handle that is mirrored on one side and has a pearl finish on the other. A set of five retails for $185.

Since inception, the company has been firmly rooted in the prestige and luxury space but Waitesmith and Adelman plan to grow the company at scale by introducing a more “accessible” collection of brushes. Last month saw a quiet rollout of Brushcraft — four brushes priced from $18.50 to $24.50 — on Brushcraft.com, but later this month will see a larger rollout of the range on HSN.

HSN will be the first retailer to launch Artis’ lower priced collection, which is manufactured with the same exact CosmeFibre brush heads as the existing line. The only difference is the handles, according to Waitesmith, which instead of being made from varying metals that could undergo up to seven different manufacturing processes to achieve the desired finish, are made with just one to keep costs down.

Waitesmith and Adelman have big plans for BrushCraft. They said the higher end Elite Mirror, Elite Smoke, Fluenta and Digit collections will always be at the heart of the company, but it’s BrushCraft that will allow the company to increase distribution tenfold in just 24 months. Between now and 2018, they project points of distribution will go from 250 to about 2,500.

Sources say the company is on track to surpass $30 million in sales next year, but this number is a conservative estimate. Alicia Valencia, senior vice president of beauty at HSN, said HSN alone could do at least $10 million in sales with Artis next year, and if supply allows it, up to $15 million.

Valencia maintained that Artis exceeded sales expectations as soon as HSN introduced the Elite Mirror collection in May. She said initial sales were nearly double of what her team expected, with inventory running out before the first scheduled airtime was up.

“Nothing comes close to this within the category. Trish McEvoy brushes do well and Lancôme brushes do OK…[but besides Artis] I really don’t have a strong brush line on its own,” Valencia said.

HSN is buying deep into Brushcraft, but it’s also bringing in Fluenta, the highest priced collection that Artis makes. This means that HSN will soon be selling three different Artis collections at three different price points.

“It’s important that we have all three options to present a tiered strategy; I see it as three different customers,” Valencia said. “BrushCraft has a much broader appeal so it will do five times as much as the others do, but it’s important to show all three.”

The appeal for her is that a consumer can achieve the quality of makeup artist application without going to a makeup artist. An avid user of the brushes herself, Garfield said the end result is natural coverage — with no streaking — and a flawless finish.

You really do have to see it to believe it. Fortunately, Waitesmith was eager to prove the shortcomings of conventional makeup brushes. He performed a demonstration to show exactly how inefficient traditional makeup brushes and sponges were when it came to doing what they’re marketed to do: put on makeup.

“People wonder why when they buy a really expensive foundation that they look so made up. It’s because the match between the formula and applicator isn’t matched,” he said, referring to his demo that proved traditional brushes either put on too much or too little product — and unevenly. “People don’t want that but they don’t know how to get past that. They think expensive formula will solve it, but the problem is that it’s not the formula, it’s the way it’s applied.”