Three experts in makeup, hair and nails talk about creating the beauty looks of the season.

By Molly Prior and Julie Naughton and Belisa Silva on November 11, 2013
View Slideshow 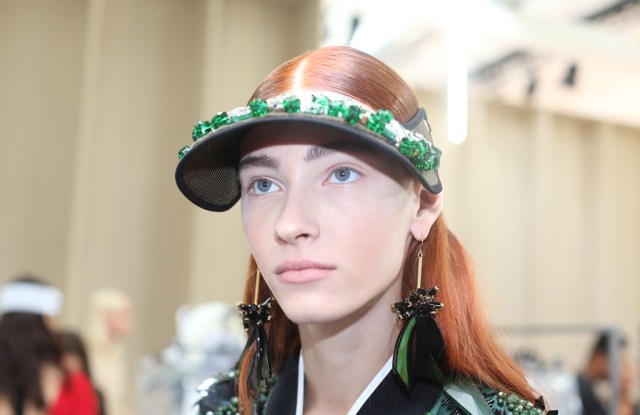 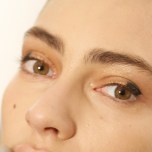 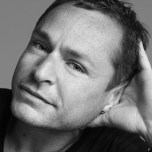 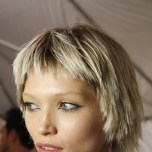 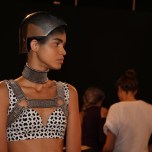 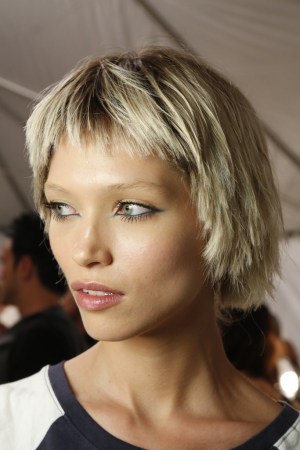 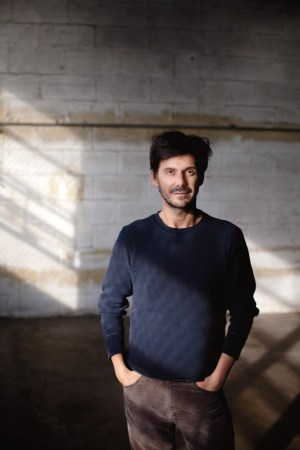 Three experts in makeup, hair and nails talk about creating the beauty looks of the season.

Product I can’t live without: “Skin care. I cannot do good makeup without a good canvas. Also black mascara, a girl’s best friend.”

Tool I can’t live without: “My fingers.”

Favorite beauty looks this season: “I loved them all, but especially Derek Lam and Marni.” The Derek Lam look started as a daytime look and ended as a full-on evening look, with Pecheux adding layers as models changed clothes. “That’s the brilliance of Tom,” says Lam. “He proposed the possibility of creating your own look over the period of a day. So we built the makeup out over the course of 30-something looks.”

How I stay sane during Fashion Week: “Remembering that it’s makeup, which I love.”

Why I like doing shows: “I’m sharing my work with extremely talented people. It’s like a fantastic dinner, where you have to eat and enjoy. And you get to be a chameleon from show to show.”

How I celebrate when it’s over: “By doing more work—celebrities, advertising and editorial shoots. After a few months of that, I’m like ‘Where are the shows? I want them back!’”

Favorite look: “A few great shows were Prada, Marc Jacobs, Louis Vuitton—and McQueen was great. Things that are a bit more theatrical stick in my mind more. At Marc Jacobs, I had to cut and dye 60 wigs, inspired by girls with a strong attitude that may cut their own hair—that was something he wanted to push in the show. So we bleached the wigs, leaving the dark roots and savagely cut bowl shapes. It really unified all the girls.”

Unique inspirations: “For McQueen, I designed head pieces with Sara [Burton] that were like helmets. I was inspired by Japanese animation and historic 1920’s headpieces. It wasn’t [styling] hair but when designing a head treatment, it’s your ideas worked out on paper, and it’s a real complement to the collection.”

Upcoming trend I’m looking forward to: “What’s great is now hair products have become cosmetics. Women have an array of product in front of them to change the texture of the hair.”

How I stay sane during Fashion Week: “I mediate twice a day and that centers me. I try to sleep as much as possible. I abstain from anything extreme, no drinking, eat as healthy as possible, I keep it very Zen.”

Go-to product: “Hair spray. It is a product that women are always a little wary of but with a comb and hair spray I can kind of create most things.”

Style icon: “David Bowie is an icon who went through 30 years of style, which rippled into fashion and beauty. His style is always in my head.”

Favorite look: “For Libertine, the look was hard yet cool, edgy but pretty. The nails were a crazy collage of colors—a collage of madness.” Hughes used a jet-black nail lacquer called Union Jack Black as a base and then applied a rainbow of foils. On the middle nail, she affixed a small red pom-pom. The look was dreamed up by Libertine designer Johnson Hartig. “He was the nail technician effectively,” quips Hughes. She and 10 assistants in assembly-team formation spent five hours creating the look on artificial nails prior to the show.

Craziest thing that happened backstage: “It happens every year, where five minutes before the show is to start, a model walks in with a hair full of gel and heavy, black eye makeup with glitter and the look of the show is natural [makeup]. You just have to breathe and focus.”

Trend we need to retire: “The square nail shape—it’s nasty and trashy. The squareletto shape (that comes almost to a point) is kind of cool, but square nails are not. Nail shapes should mirror the shape of your cuticle.”

Upcoming trend I’m looking forward to: “Nail art is becoming grown up. It’s less about smiley faces. Holographic foils are big. And so is floating nail art. I did a half-moon at several shows— using white at Milly and a blue shade called Lady Muck at Lela Rose.”

How I stay sane during Fashion Week: “I liken it to flying. I don’t like to fly but each time I do I remind myself that I’ve done it a million times before.”

How I celebrate when it’s over: “Sleep!”

Go-to product: “A matte top coat. It can be used over a metallic shade to create a velvet texture, or glitter for an almost three-dimensional effect, or over a cream shade—like at Band of Outsiders—for a chalky finish.”

Celebrity who does it right: “Emmy Rossum. For the Met Ball, we took pieces of lace and some crystals from her Donna Karan dress and applied them to the nails.”