From Reality TV Stars to Influencers: How ‘The Bachelor’ Contestants Sell Products

Across 17 years and four spin-offs, “The Bachelor” has created more than stories of love and fame — it’s spawned a new class of high-performing influencers. 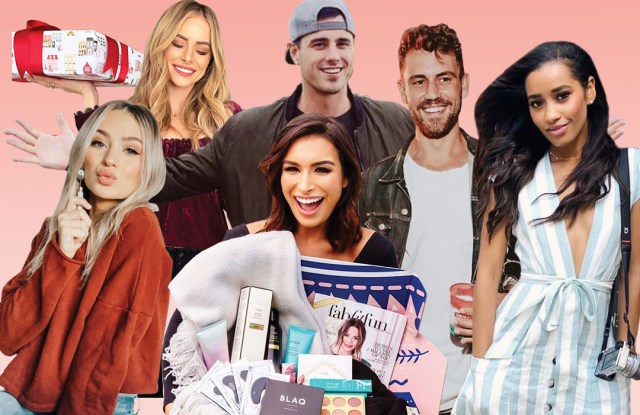 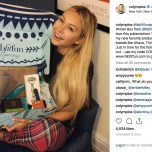 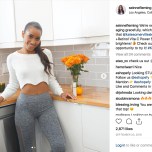 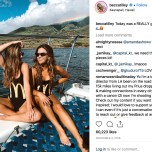 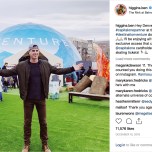 After 17 years and four spin-offs, the ABC franchise has spearheaded a new class of social media influencers — the former contestants.

The original show, which is in season 23 featuring former NFL player Colton Underwood, and averaged 6.3 million viewers in its last season, according to Nielsen data, has helped launch the influencer careers of many fan favorites. Those former contestants have leveraged their screen time to carve out a niche for themselves in the influencer space, proving they, too, can sell products just as effectively as the influencers coming from blog or YouTube backgrounds.

Data shows that these former contestants, many of whom have Instagram followings that exceed one million, have as much reach and impact with their paid partnerships on social media as other established influencers.

“It’s surprising looking at the data because when you think about reality TV stars, especially from ‘The Bachelor’ franchise, you wouldn’t necessarily think they have such influence, but their engagement rates are better than some celebrities and fashion influencers,” said Alison Levy Bringé, chief marketing officer at Launchmetrics, a marketing platform and data analytics company. “The data shows these people are somewhere in the middle of an influencer and a celebrity.”

Across categories, companies from Estée Lauder to McDonald’s to Colgate have tapped these former contestants for influencer partnerships. Brand partners, like FabFitFun, Revolve and Bombay Hair, are primarily within fashion and beauty, but many former contestants are category-agnostic.

“The nice thing about being on the show is that you’re not pigeonholing yourself into being a beauty influencer or a fashion influencer,” said Seinne Fleming, who appeared on season 22 of “The Bachelor” with Arie Luyendyk Jr., and has done partnerships with brands like BMW, Paul Mitchell and Gorjana, among others. “I feel like I can do a little bit of everything and it’s nice to be able to cross the different categories.”

For the brands, “The Bachelor” contestants can sometimes be a perfect match.

DpHue, a hair-care brand that invites influencers to its hybrid content studio/hair salon with celebrity stylist Justin Anderson in Los Angeles, saw a 2,000-follower Instagram gain in the 24 hours following one of Bushnell’s posts from the studio.

While some of the bigger brands are notified by the franchise on which contestants make it to the top four for partnership consideration, most companies target contestants based on their engagement rates, follower count and authenticity.

“We initially saw an untapped market of influencers that were really engaged and we saw our customers could really see themselves in these contestants,” said Jolie Jankowitz, head of influencer marketing at FabFitFun, which has worked with roughly 30 former contestants since 2014. “Bloggers have beautiful, but overly curated [Instagram] feeds. What makes these contestants [different] is they’re real and they’re aspirational, but they have attainable lifestyles.”

The former contestants’ relatability has helped them grow and maintain their social media followings since appearing on the show, and have made them attractive to brands that typically offer lower-priced products.

“Some traditional celebrities are a little bit more unattainable to the average consumer,” said Sarah Boyd, founder of Simply, a digital agency that assists brands with influencer marketing and represents various celebrities and influencers, including former contestants like Bushnell, Ali Fedotowsky and Ben Higgins. “These girls were like you and I yesterday and they still are, but now they have millions of followers and a huge reach. They’re very attainable and everyone watching the show feels like they could be them or they could be their best friend. That’s what’s different with traditional celebrities because [people] don’t relate to them, so they don’t buy the things they’re talking about.”

Boyd declined to release specific data about her clients, but did note that the former contestants she works with have conversion rates that can be double, triple and sometimes quadruple that of her celebrity clients.

“These particular influencers are interesting to brands because they are starting out as an average person with their own style without working with a stylist and they’re recognized through the show and have grown their audience to create a personal brand for themselves,” said Hilary Sloan, director of ShopStyle Collective, a monetization platform that supports influencers. “They all have a built-in audience they had from the show and their challenge as influencers isn’t building a social following, but it’s training their following to engage and shop with them and see them as a style influencer.”

For a lot of former contestants, that’s working. Many have engagement rates that far better than the average fashion influencer, according to Launchmetrics.

“We have such a loyal following,” said Lindsay, who has appeared on two shows in the franchise, including as the “bachelorette” on the 13th season of “The Bachelorette,” and works with brands, like Fabletics, Care/Of Vitamins and Pepsi. “People aren’t just following you because you post a pretty picture. They have the opportunity to get to know you and they’re invested in you and your story. That makes us stand out from other influencers where you only know them from Instagram.”

While some former contestants use these influencer partnerships as a way to supplement their main incomes, like Fleming who works in commercial real estate and Lindsay who is a lawyer and hosts ESPN Radio’s “Football Frenzy,” others like Bushnell and Becca Tilley (season 19) have been able to embark on other projects through their social media presence, like starting blogs and launching brand collaborations.

“Collaborations are a great way to work with a brand because I love the creative aspect of it and being behind the scenes,” said Bushnell, who has collaborated with FabFitFun and Vitamin A Swim and has done paid partnerships with Neutrogena, Secret and HelloFresh. “Even when it comes to sponsored content, brands are more collaborative and rather than telling me what to do, I feel like they want me to use my own voice and creative control, which is nice as an influencer because it makes the content more personal and organic.”

“It’s weird to be a normal human endorsing products and it’s a weird idea that I have a level of influence with my social media,” said Higgins, who has worked with Capital One, Macy’s and FabFitFun. “Most of the people that do ‘The Bachelor’ are very normal and come from normal backgrounds. Their stories are similar to other people’s stories because they’re regular humans, so people can relate to them.”

For brands and “bachelors” alike, it may be true love after all.